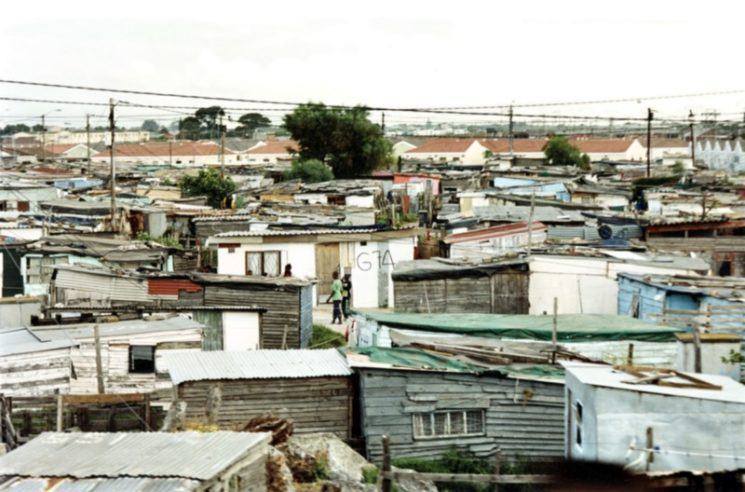 This article might raise a few eyebrows. I am just wondering: do we need the spectacularization of pain?

Film production company Duck Rabbit just published an article on their blog criticizing Magnum Photo and Lens Culture for advertising a photo contest using an image of an underage sex worker having sex with a client. She is recognizable, he is not. Sure the impact is strong, but do we really need that picture? Is it making a difference or is it just sensationalistic exploitation?

The controversial image is just one of very many other pictures that photojournalists may feel pressured to produce.

Most features on the market cover tragedies and photo-editors’ desks are flooded with gut-wrenching pictures. They are often dismayed by the lack of reportage on much other than disasters, Third World tragedies and exploitation of children. There are editors (and readers) who can’t stand seeing pictures of poor kids and other forms of suffering any longer. But… the market demands it and photojournalism is there partly to reveal the ugliness of our world.

Some assert that disasters and misery are easy targets for photojournalists, especially when they are shot in the Third World, because you can get exotic images with a high emotional charge. Images of disasters closer to the First World (where the readers usually are) are not entertaining, they are scary. On top of that, in order to narrate in images a reality closer to the readers, you need to master the language of photography. That’s more difficult.

Filthy dying kids photographed in a remote Third World environment seems to guarantee a strong visual and emotional impact. Apparently, that’s why many photographers are busy with horror stories.

Documenting tragedies is right and proper, we must call attention to the terrible injustices around us. Especially now, it is essential that photojournalism keep documenting what happens in our world. But there is no need to dwell on the runny, fly-infested eyes or bloated stomachs of hapless kids or the expression of an underage sex worker. In my opinion, it is possible to narrate the same things while avoiding sensationalism or the pathos of pitiable and rhetorical images.

Professional photographers are not the only ones who feel compelled to point their camera at suffering, amateurs do it too. The favela photo-safaris are an expression of this trend. Tourists pay a guide to walk them through the poorest neighborhoods so that they can capture the misery as a souvenir of their exotic trip. Oh, now they do it in war zones too!

As you probably already understand, I am not a fan of tragedy aesthetics and I don’t like the tendency to transform the afflictions of our world into an entertaining product or a trophy.

I definitely prefer photojournalism that is inspiring. I like to explore solutions rather than problems. But it’s not always an easy path: in the distressing panorama of today’s information industry, anything not related to the celebrity culture or to a disaster seems to get very little space.

If we look at the winning images of World Press Photo, there is often an excessively spectacular voyeuristic dimension. For instance the Jodie Bieber portrait of the Afghan girl whose nose was cut off by the Taliban is somehow similar to Steve McCurry’s Afghan girl, just with a twist of horror.

Several photographers comment on the results of the World Press Photo contest year after year. The issue is very controversial and seems to touch a raw nerve among many insiders. Russian photographer Vladimir Vyatkin, for instance, wrote a very mordant article that every photographer should read. Regarding new photojournalists he stated: “Many of these adventurers appear to have no training in photography at all. Having grasped the basics of auto-focus, they rush to portray human suffering, attempting to find a niche in the hierarchy of international journalism.”

If newcomers are looking for easy ways to impress the audience, the old schoolers stooped just as low. During a conference, Italian photographer Ferdinando Scianna related an anecdote from his career. He recalled the time he went to cover an earthquake and a fellow photographer on the plane took a doll with a smashed head out of his bag. The photographer confided that the prop was always in his luggage when he covered natural disasters so that he could place it here and there in order to add some drama to a picture. After narrating this episode, Scianna made his point of view very clear about the importance of seeing photography as a way to document reality and not a tool to create spectacular or tragic images. He also mentioned — among others — the controversial Kevin Carter picture of an emaciated and exhausted little Sudanese girl collapsed on the ground with a vulture nearby ready to move in (1993). Apparently Kevin Carter waited 20 minutes with his lens trained on his suffering subject, hoping that the vulture would spread its wings (it didn’t happen) in order to shoot a more dramatic image.

Nowadays, with competition so fierce, photographers too often gratuitously add the right dose of drama when drama is missing. Another approach (which can easily go hand-in-hand with adding drama) is to make cosmetic improvements to war and tragedy pictures. Is this ethical? The debate continues to rage on photography blogs…

Enzo dal Verme is an Italian portrait photographer based in Milan. He’s been in the photographic industry for over 15 years and had his work featured in various magazines like Vanity Fair, l’Uomo Vogue, Vogue Sport, Glamour and many others. If you would like to see more of his work, visit his website and follow him on Twitter. If you prefer paper to digital formats, you can read his book Storytelling for Photojournalists. This article was also published here and shared with permission.

Meet Jimmy Choo: The The World’s Most Photogenic Bull Terrier

Welcome To The Most Amazingly Photogenic Living Room Ever!
« 3 tips to attract clients you really want to work with
10 different ways to light yourself and the moods they create »