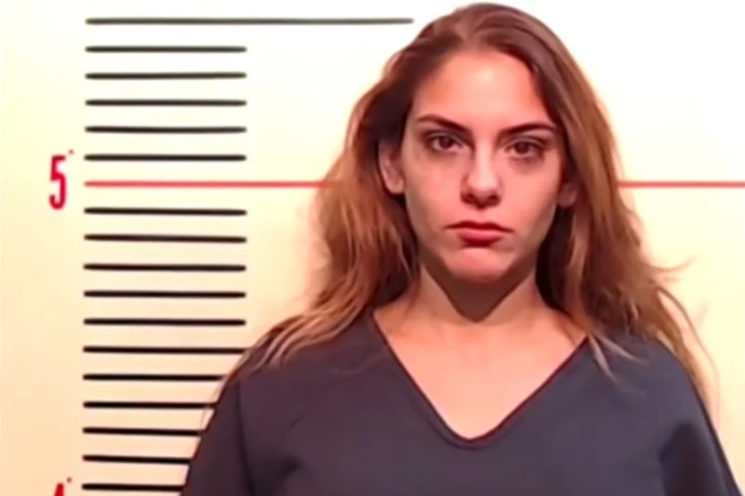 Well, this isn’t something you hear every day. According to reports, Texas wedding photographer, Katie Mehta was arrested during a wedding the Springs Event Venue in Weatherford, TX over the weekend. Her crime? Apparently, having sex with a guest, peeing on a tree and threatening police officers.

Update: As mentioned in the original article, this may be a case of Mehta being given a spiked drink and that she is the victim here. She was also found to have prescription medication in her pocket that doesn’t mix well with alcohol. There is no proof yet, either way.

I’m seeing mixed reports on Mehta’s capacity at the wedding. Newsweek and Fox suggest that she was the actual working photographer for the wedding and supposed to be documenting the day. Others, like that of the Star-Telegram, say she was simply a guest. Regardless, they all agree on other aspects.

They say that a security guard at the venue, an off-duty sheriff’s deputy, was alerted by guests saying that they had found Mehta having sex with a wedding guest in one of the rooms of the Springs Event Venue.

The arrest report says that she then walked to a nearby fountain and began to yell at other guests. This is when the Parker County Sheriff’s Department was called. On arriving at the venue, officers told her to leave when she allegedly went “to a tree nearby and began to urinate”. It was at this point she was arrested.

While sitting in the back of the police cruiser, she told deputies “Y’all families will be dead by Christmas, Y’alls daughters are dead. My dad is going to find out about this, and y’all are (expletive) dead. D-E-A-D.”

During a search at the jail, police found a prescription bottle of Alprazolam (Xanax) in her jacket pocket. The investigators believe this was mixed with alcohol.

A woman claiming to be Mehta’s sister doesn’t buy the story and says her sister is the victim, that her drink may have been spiked, and that the yelling at the fountain was the result of two men attempting to do inappropriate things to her.

As well as a photographer, Mehta is also a swimsuit model working under the name Max McIntyre. Mehta was released shortly after her arrest on $10,738 bail, facing charges of public intoxication and a felony charge of obstruction or retaliation.

I’m sure the truth will come out, but this is perhaps not the best way to behave at a wedding – whether you’re working it or not.

When A Guest-With-Camera Saves The Wedding Photography

« 7 tips for landscape photographers shooting in the winter snow
Sony responds to “too small” E mount claims. Says they can produce f/1.0 lenses, but won’t »