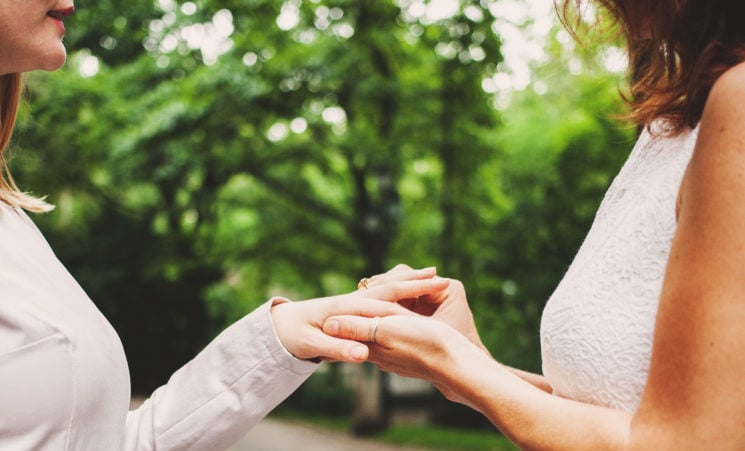 Chris Herring, a wedding photographer Norfolk has sued the state of Virginia because of its new anti-discrimination law. According to him, this new law could force him to “to promote same-sex marriage,” which is against his religious beliefs.

The new law is known as the “Virginia Values Act.” It prohibits discrimination “on the basis of gender identity and sexual orientation in housing, public and private employment, public accommodations and access to credit,” as the Virginia Pilot explains. However, it looks like not everyone is thrilled about the law.

Chris Herring’s lawsuit opens with the words that he “is a photographer with a passion to show others the beauty in God’s creation.” Since he is a Christian, same-sex marriage doesn’t coincide with his beliefs. According to his attorneys, the new law is “threatening to fine Chris into bankruptcy for not creating photographs and blog posts he objects to.”

“So Chris faces an impossible choice: violate the law and risk bankruptcy, promote views against his faith, or close down,” the lawsuit states. But it goes on sounding like a conspiracy theory:

“And this was exactly what Virginia officials wanted for those who hold Chris’ religious beliefs about marriage. Legislators who passed Virginia’s law called views like Chris’ ‘bigotry’ and sought to punish them with ‘unlimited punitive damages’ to remove them from the public square.”

According to the Virginia Pilot, Herring already works with LGBT clients for brand and adventure shoots. “But he does not photograph same-sex weddings and feels that doing so would be creating art and sending a message against his beliefs,” said Kate Anderson of Alliance Defending Freedom.

Does it sound like you’ve heard this story before? That’s because you have, only it was a different photographer and a different state. Last year, wedding photographer Chelsey Nelson sued Louisville, Kentucky claiming that the law “forces” her to shoot same-sex weddings. The two photographers are even represented by the same firm, Alliance for Defending Freedom. The difference is that Herring reportedly works with the LGBT community, only in different fields.

The Virginia Pilot writes that Herring wasn’t available for comment. However, he reportedly issued a statement via the alliance saying that “it isn’t the state’s job to tell [him] what [he] must capture on film or publish on [his] website.”

“My religious beliefs influence every aspect of my life, including the stories I tell through my photography. If you’re looking for someone to photograph a red-light district or promote drug tourism, I’m not your guy. … I happily work with and serve all customers, but I can’t and won’t let the state force me to express messages that contradict my beliefs.”

In the case of Chelsey Nelson, Justice Department supported her. How Chris Herring’s lawsuit will end is yet to be seen. We’ll keep you updated as the situation unfolds, and you can read the lawsuit here.