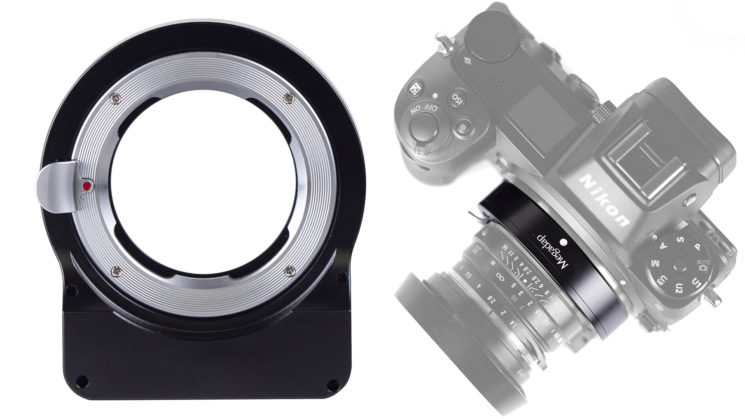 Megadap has announced a new MTZ-11 Leica M to Nikon Z adapter that adds autofocus capabilities to the manual focus Leica lenses when used on Nikon Z mirrorless bodies. They’re billing it as the “World’s first” such type of adapter, although that might only be half-right. Techart showed off their TZM-01 last week, although the Megadap adapter appears to be the first one to actually come to market and is already available to purchase.

Launched today, Megadap says the new adapter bypasses the focusing mechanism of the lens by incorporating it directly into the adapter. It communicates electronically with the Nikon Z cameras, allowing it to take full advantage of its phase-detection autofocus system.

Megadap says that the focusing is “fast and precise” and that it can currently take advantage of single-shot AF-S, continuous AF-C and servo AF-F modes with single, wide and auto-area AF points. When it comes to which bodies it’s compatible with, the Nikon Z5 is notably absent from the list, although this could just be because they haven’t been able to test it for themselves. But, they say that it works just fine with the Z6, Z7 and Z50 as well as the new Z6 II and Z7 II bodies.

It’s also possible to stack adapters onto the Leica M mount, allowing you to use EF, F, FD, PK, MD, OM M42, LR, CY and other lenses (including manual focus ones) with the new adapter and get full autofocus capabilities. Megadap says that teh adapter is built around a new patented circular extension structure that lets it support heavier lenses without wobbling issues and has a longer extension barrel than similar adapters for a longer throw and finer autofocus control.

The Megadap MTZ11 Leica M to Nikon Z autofocus lens adapter is available to buy now for $349 and is already shipping (although delivery isn’t expected until late November/early December for the US). You can find out more on the Megadap website.

« Get a Nikon D850 while it’s the cheapest it has ever been
Zeiss ZX1 full-frame Android camera is finally available for $6,000 »