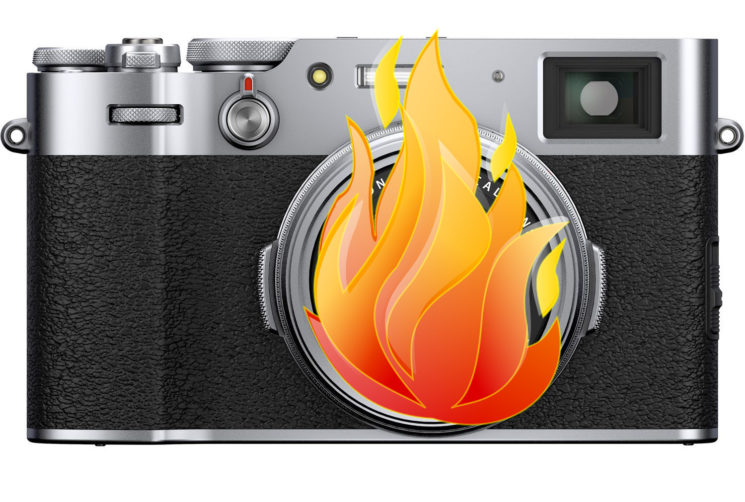 Users of the Fujifilm X100V have been complaining about the camera automatically shutting down due to overheating. With the latest firmware update, Fujifilm has found a pretty unusual solution to solve this problem. Basically, you can now set the temperature limit yourself, so your camera will shut down at a temperature higher than standard.

The compact fixed lens camera experiences overheating issues while shooting video. When it reaches a certain temperature, it shuts down automatically. Well, the firmware version 1.10 fixes that issue with the new “AUTO POWER OFF TEMP.” option which you can find in the “POWER MANAGEMENT” menu.

So, this means that you can make your Fuji even hotter before it shuts down. It’s not clear whether there’s an upper limit for the “HIGH” temperature value, but I’m sure it’s not infinite. And remember, if you smell burning plastic, you’ve probably set it too high. :)

Fujifilm recommends that you use this new feature if you shoot video with your X100V. You can check out the details and download the latest firmware update here.

« This video guides you through the modding and testing of an ultra-fast f/0.7 lens
How to turn your DSLR or mirrorless camera into a webcam without capture card »