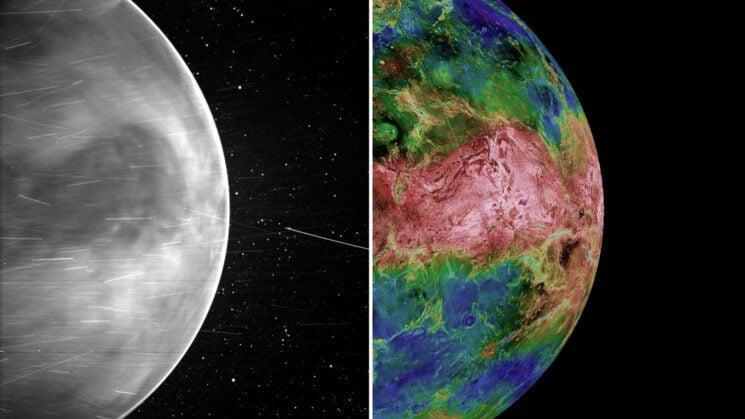 NASA’s Parker Solar Probe has treated us with some stunning photos so far (like that time when it “touched” the Sun). But now, its cameras have turned to Venus.

The probe has taken its first-visible light images of the surface of Venus. And not only it’s Parker’s first, but this is the first-ever photo of our neighboring planet taken in the light that the human eye can see.

The Parker Solar Probe recently had two recent flybys of Venus, which was a great opportunity to take some photos of the planet. The probe used its Wide-Field Imager (WISPR) and captured some remarkable images that NASA later turned into a video that reveals new details about Venus.

Venus’s surface is usually smothered in thick clouds, so it’s shrouded from sight. But Parker’s images “saw through the clouds,” so they show us a range of bright and dark areas. As scientists explain, the bright areas are hotter, while the dark areas are cooler. But what does this mean?

Well, this can help scientists better understand the geology and mineral make-up of Venus. “When heated, materials glow at unique wavelengths,” NASA explains. “By combining the new images with previous ones, scientists now have a wider range of wavelengths to study, which can help identify what minerals are on the surface of the planet.” The same approach has been used to study the surface of the Moon, but it’s also used to better understand potentially habitable planets. 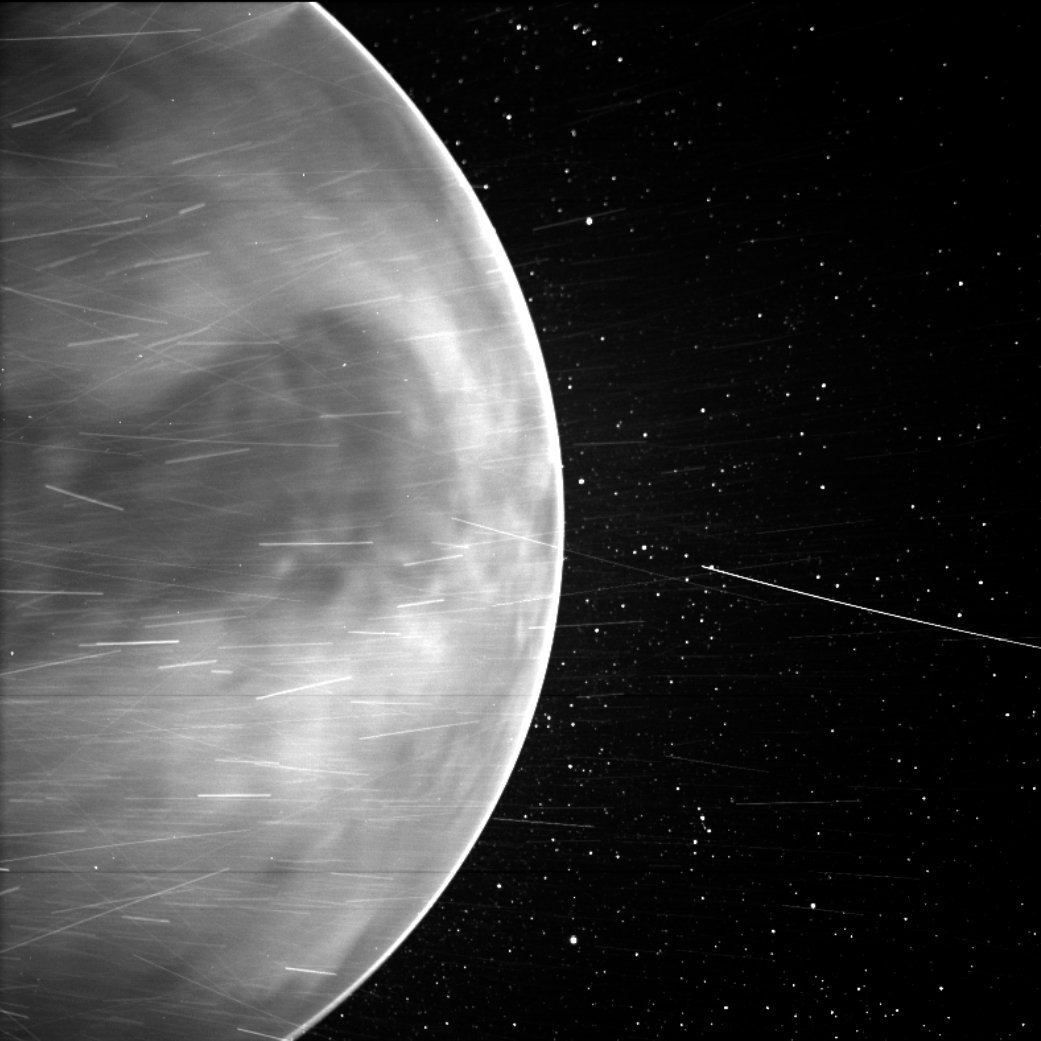 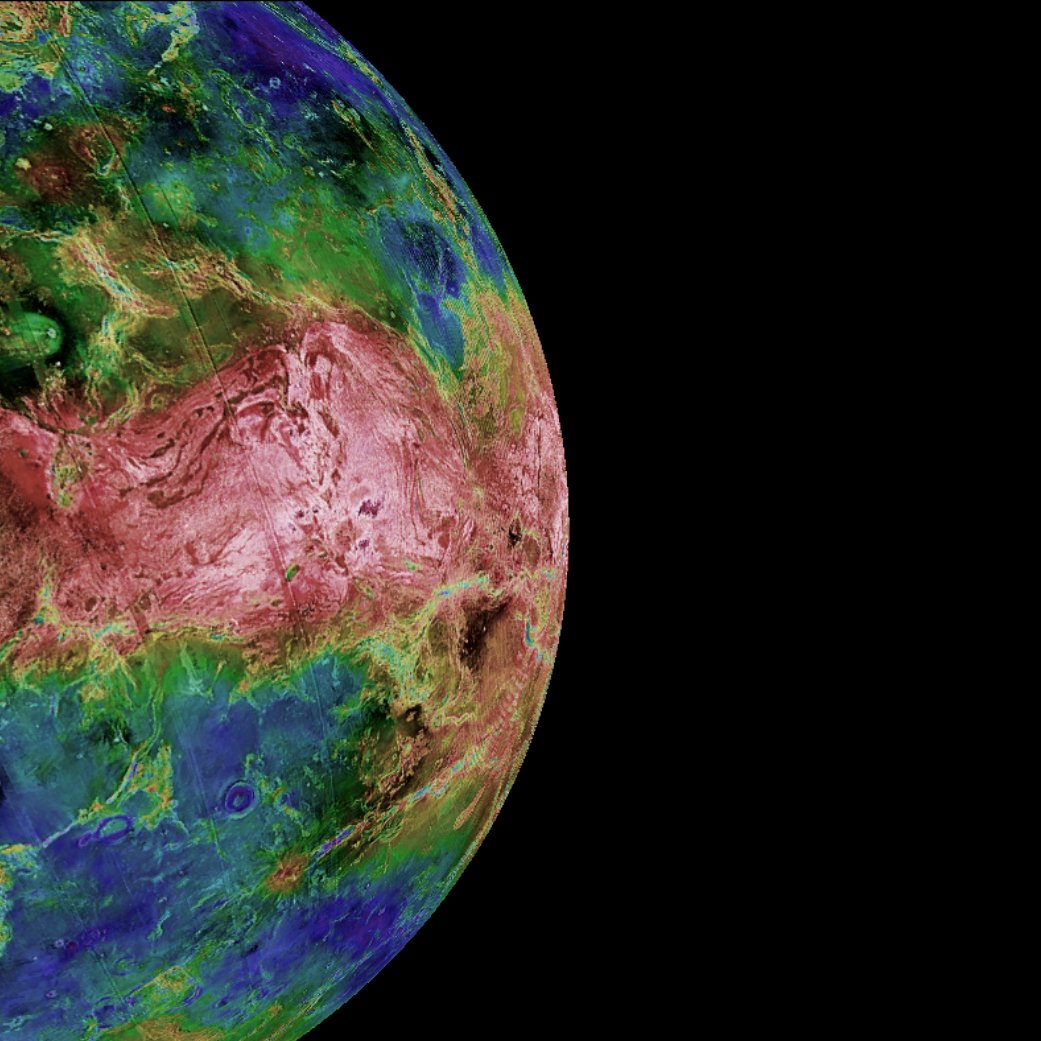 It’s worth noting that this isn’t the first set of Venus images that see through the thick clouds in the planet’s atmosphere. Way back in 1975, the Soviet Venera 9 lander reached the planet’s surface and sent the first glimpses of Venus. Of course, Venus’ surface has been revealed further since then, using radar and infrared instruments. They can “see” through the thick clouds, but they use wavelengths of light that are invisible to the human eye.

So, NASA used the previous radar images to compare them with the new findings sent by the Parker Solar Probe. The comparison reveals another interesting trait: higher elevations tend to be cooler, and lowland regions are hotter.

Dr. Giada Arney of NASA’s Goddard Space Flight Center points out that the new findings could help us learn more about Venus’ evolution. While the planet is inhospitable to life today, it’s possible that it didn’t use to be a case. “We have chemical fingerprints in Venus’ atmosphere and on its surface suggesting that Venus might have been habitable in the past,” Dr. Arney explains.

Correct me if I’m wrong, but maybe the findings of Venus’s past could also tell us a bit about the Earth’s future… But let’s not get gloomy.