The reveal of the first full-color images from NASA’s James Webb Space Telescope is only hours away. And yet, even its test shots are making our jaws drop. NASA has released Webb’s first test photo shot with the telescope’s Fine Guidance Sensor (FGS), and it’s the deepest photo of the universe that’s ever been taken.

FGS’s primary purpose isn’t taking photos. It serves to enable accurate science measurements and imaging with precision pointing.  As NASA notes, even when it does take photos, they’re usually not kept due to the limited communications bandwidth between L2 and Earth. However, the team figured that they could keep the test images taken during a week-long stability test in May as there was available data transfer bandwidth.

The resulting image is the composite of 72 exposures taken over a 32hour period. According to Webb scientist, it’s among the deepest images of the universe ever taken. “When FGS’ aperture is open, it is not using color filters like the other science instruments,” NASA writes. This means that this image doesn’t contribute to studying the age of the galaxies. “But even when capturing unplanned imagery during a test, FGS is capable of producing stunning views of the cosmos.” It is, indeed! 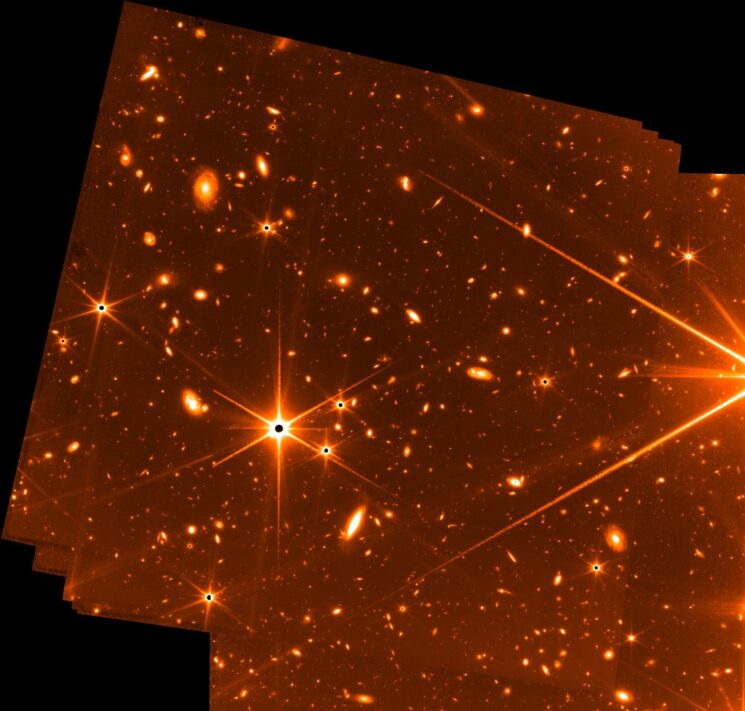 James Webb Space Telescope is scheduled to send back its first full-color photos on 12 July, and I’m sure you’re eager to see them as much as I am. In the meantime, the test shot provides a glimpse at its capabilities. Just imagine all the amazing discoveries it will treat us with over the following years!