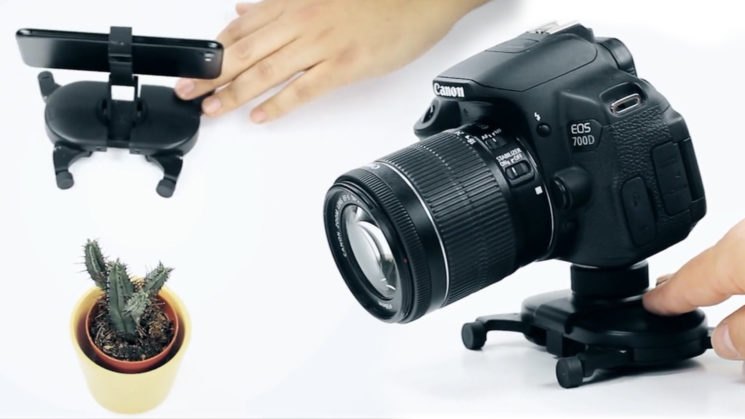 Finding that perfect slider or dolly is a challenge. I’ve got a few of them now, and they all annoy me in slightly different ways, and for different reasons. None of them look quite like this, though. The MUWI is an ultra small, folding dolly for smartphones that packs up about as small as the phone itself. It’s not just for phones, though, it’ll also handle small cameras.

Currently funding through Kickstarter, the MUWI has already smashed its $35,000 goal and currently sits at $195,000 with two weeks still left to go on the campaign. Prices for the MUWI start at only $39 for the early bird basic model, but there are a bunch of extras available, too, including a motor to automate your movements.

As portable pocket-sized sliders go, most that I’ve seen haven’t really impressed me all that much. They certainly don’t look as versatile as the MUWI does. But how well it will perform in the real world remains to be seen.

The basic MUWI unit allows you to manually slide and dolly your phone in a straight line or along a curve. You just slip your phone in, and then adjust the angle of the wheels to give you the movement that you need. 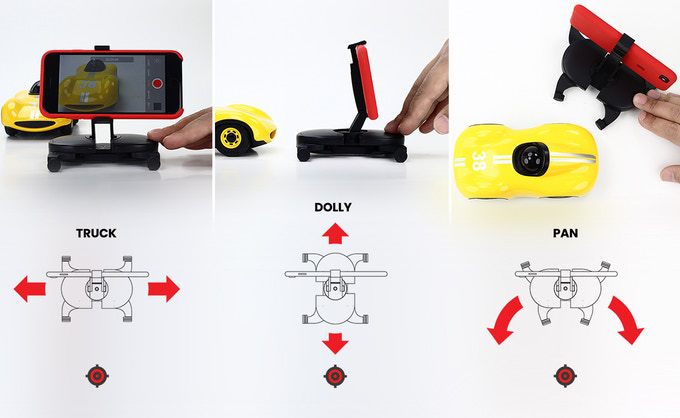 But simply pushing the MUWI won’t be enough for some people. Manually pushing doesn’t usually give you the smoothest moves. Of course, you can always slip your phone into 1080p and shoot at 120 frames per second to even out those bumps and slight speed changes. But if you really want that smooth control you need a motor, and it looks like MUWI has us covered with the “FLOW” unit.

The FLOW hooks onto the side of the unit, allowing for motorised control without having to worry about human error in the movement. And because it turns with the axles on which the wheels reside, you can do the same movements as you can when pushing manually. The motor, apparently, can also go on either side of the unit, whichever is the most convenient. 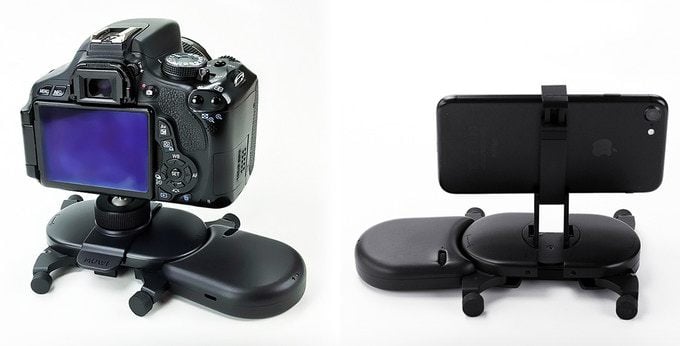 You’ll also spot in the image above that one of the MUWI units has a DSLR sitting on top of it. This isn’t possible with the basic MUWI, but a clip which goes over the phone holder adds a mini ball head & 1/4-20″ thread to screw into the bottom of a regular DSLR, mirrorless, action camera or another type of camera.

There’s also a track available that you can run the MUWI unit in when you don’t have suitable ground to let it run free. And a remote control allows you to quickly and easily adjust the settings when motorised. 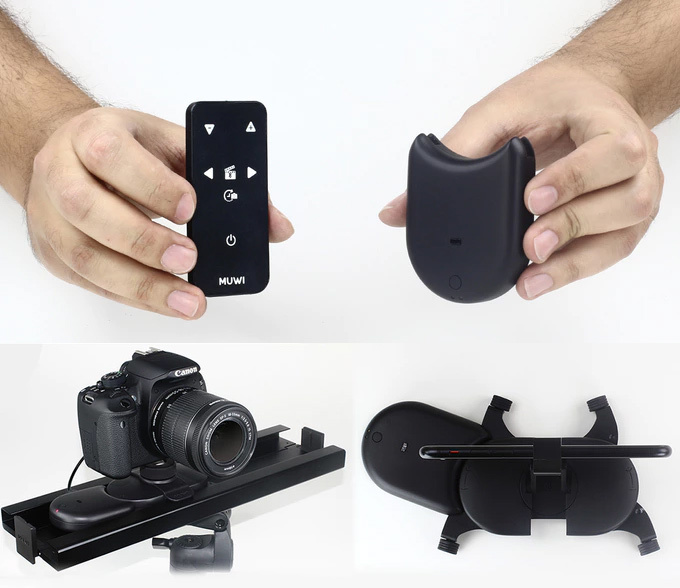 The complete kit with the slider, motor, remote control, and 1/4-20″ ball head adapter is now sold out at the $209 early bird price. So if you want that, it’ll be $239, which is 40% off the regular retail price – which means we can expect the final price for the complete kit when it goes on general sale to be around $399.

Still, even at a $399 retail, if it does what it says on the tin, and does it well, that’s really not too bad of a price. The campaign video certainly does look promising. And right now, you won’t have to pay $399. You can pay anywhere between $39 and $239, depending on what you need.

The MUWI is expected to start shipping to backers in September, so we won’t have to wait too long to see how well it really performs. And if you want to back the project and get your own MUWI, head on over to Kickstarter.