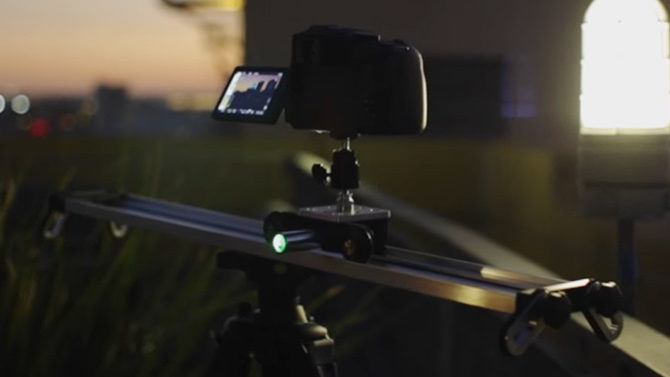 As visual creators, if and when we begin on that journey from stills to motion, one of the first things we learn is the power of a moving camera.  Once confined to the likes of big production companies, camera dollies and tracks have now become an almost essential piece of kit for many filmmakers and timelapse shooters.

Rollocam have now entered into this market with The Hercules, a pocket sized, but pretty powerful motorised camera dolly system for both video and motion controlled timelapse sequences.

The shift towards more affordable camera sliders has been helped dramatically by the fact that cameras themselves have gotten so much smaller and more portable over the last few years.

This has meant that the devices with which we move those cameras can also get smaller, which in turn makes them easier and cheaper to manufacturer.

While Rollocam are taking “smaller” to the extreme with the Hercules, they state that its powerful motor can support and move a load weighing up to 10lbs (approx 4500g), and can run continuously on a single AAA battery for more than an hour, and for up to 48 hours in timelapse mode. 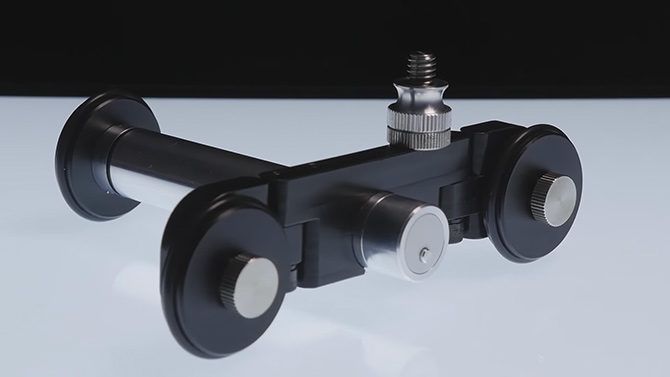 One of the interesting things about this system is how versatile it is, adaptable to different techniques, allowing it to switch from a straight dolly that can run on any smooth surface, to a rotating dolly which tracks the subject as it moves, or even a fully panoramic base rotating around a single axis. 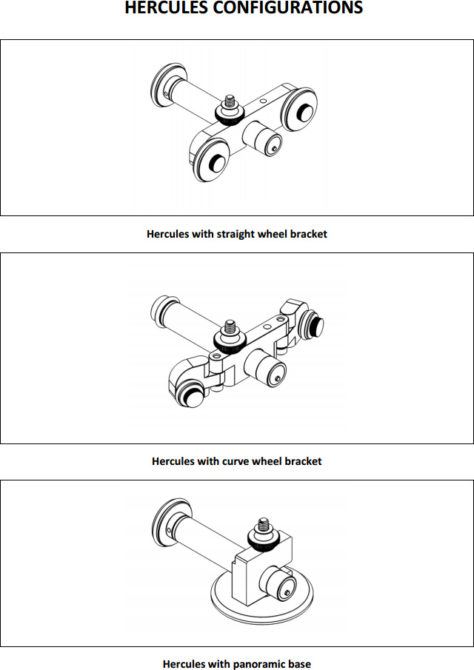 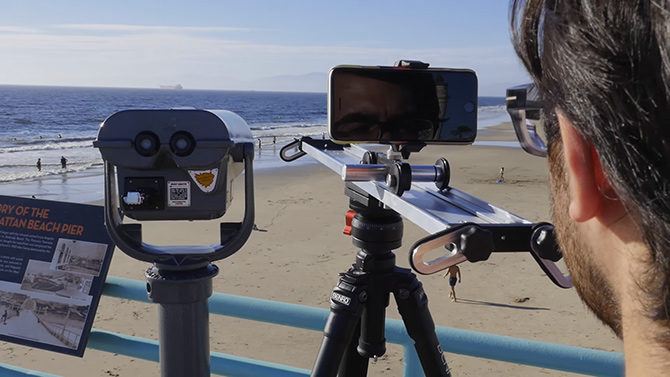 In timelapse mode, the Hercules is fully programmable, allowing you to define the motor direction, the speed of movement, the distance increment between shots, as well as the interval.

Using the track also allows you to make these movements repeatable.  This can be very handy if you ever wish to combine live action footage with timelapse, or want to record multiple versions of the same timelapse scene at different times of the day or in different lighting conditions and wish to maintain consistent camera position and speed throughout.

The Hercules is available for preorder now in three packages.  Basic, Deluxe and Premium priced at $125, $159 and $249 respectively.  Each package comes bundled with various accessories depending on your needs, although these accessories are also available separately so that you may purchase them at a later date as your needs change.

But hurry, these special prices will end on July 15th, as the first orders start to be shipped out to customers.

It seems like an interesting little device, and potentially very useful.  I couldn’t see myself using one as my main camera slider, but there’s definitely situations where I could see it coming in handy, like recording behind the scenes footage or timelapse on my iPhone while on a shoot or at an event.

I look forward to seeing how the reviews read when Hercules hits the streets and gets in peoples hands.

You can find out more about Hercules on the Rollocam website, or reach out to them through Facebook.

MUWI is a super compact motorised dolly for cameras and smartphones

« Delete Your Sh!t: Why You Should Trash Most of Your Photos
Annie Leibovitz shoots British Royal Family portraits for The Queen’s 90th birthday celebration »