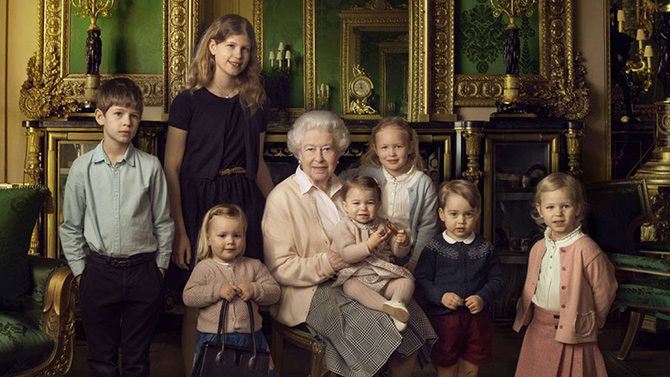 Today marks the 90th birthday of Her Royal Majesty Queen Elizabeth II, and to record the occasion, celebrity photographer Annie Leibovitz was chosen to create portraits of the Queen and her family.

While Annie is no stranger to photographing The Queen, their last professional interaction didn’t seem to go too well at all, and given their attitude towards some photographers, even if they might deserve it, it seems slightly surprising that Annie would be invited back for such a major event. 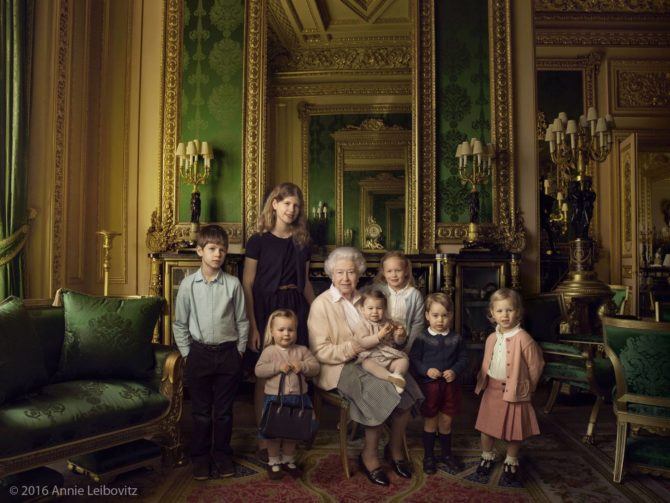 A second image shows The Queen with four of her beloved dogs on the private grounds of Windsor Castle. 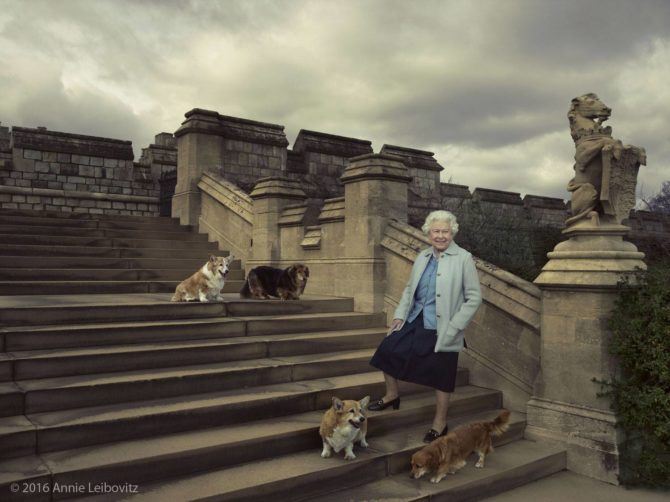 In a third image released today, The Queen sits with her daughter, Princess Anne. 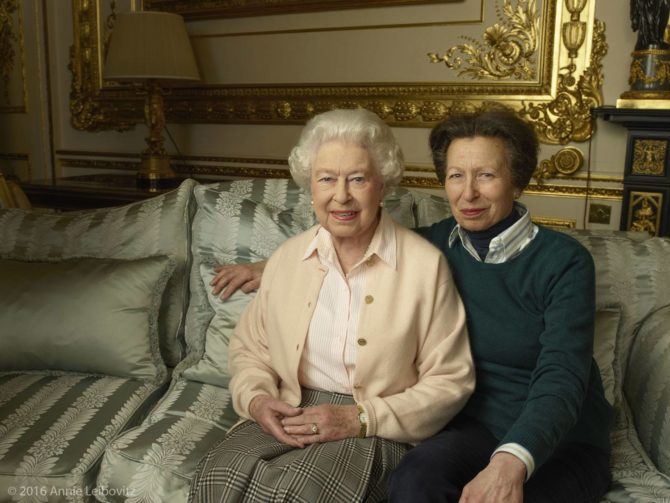 Also to mark the Queen’s 90th birthday, a set of commemorative 1st Class stamps are being produced from a photograph created last year by Ranald Mackechnie of The Queen with her son Prince Charles, grandson Prince William and great grandson Prince Harry who are 1st, 2nd, and 3rd in line to the throne, respectively.

No word yet on whether or not a behind the scenes documentary will be forthcoming this time, so here’s one from Annie and The Queen’s last shoot together in 2007, courtesy of the BBC.

Also, here’s the BBC’s attempt at mopping up after the controversy surrounding the trailer for the above documentary.