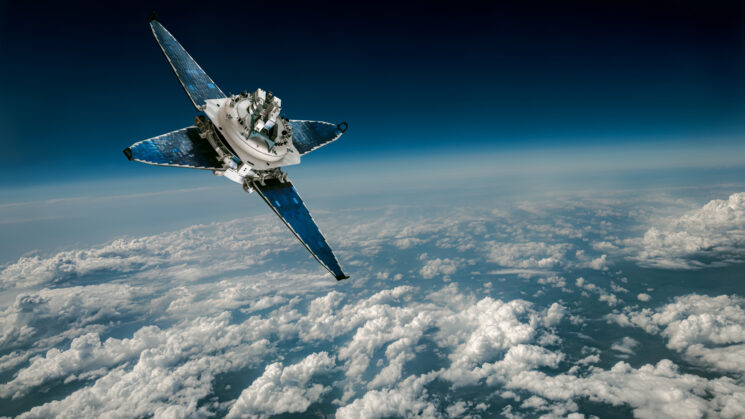 Last year, Microsoft announced Azure Space, a tool that brings together the possibilities of space with the power of the cloud. The company has now added a bunch of new capabilities to it, and some of the most interesting ones include “seeing” through clouds and turning blurry satellite images into high-quality photos that look like drone shots.

Microsoft has announced several new partnerships and features for Azure Space. But in this article, we’ll only stick with those that could be most interesting to the photo community. The first one is SpaceEye, the feature that can “see” through the clouds.

“67 percent of the world is covered in clouds”, Microsoft writes, and it’s a huge major challenge for Earth observation from space. Well, SpaceEye gets rid of the clouds (digtally, of course) using an AI-based system.

“SpaceEye uses the Synthetic Aperture Radar (SAR) instrument from the Sentinel-1 mission as a baseline data source—as radar data is not affected by cloud cover. Space Eye then combines this radar data with historical optical imagery to generate an AI image prediction of what it looks under the clouds. This can unlock significant use cases in agriculture, land-use monitoring and disaster response among others.”

Another interesting feature is Project Turing. Basically, it takes those blurry satellite shots, upscales them, and turns them into clear, sharp images. “We have brought the fictional ‘enhance image’ feature from Hollywood to reality,” Microsoft writes. This technology is now running on Azure and you can use it to enhance Bing Maps worldwide. According to Microsoft, it covers over 50 percent of all user requests.

Of course, features like this are useful for many purposes: agriculture, fire and flood protection, and urban planning spring to mind first. But for photographers, it can also be fun to play with them. We could use them to pre-plan our aerial shots, or for virtual location scouting, especially of remote locations. And once again, these are only some things that popped to my mind, I’m sure there are more potential uses. If nothing else – it’s fun!

As I mentioned, there are more features added to Azure Space. If you’d like to learn more about them and explore them all, check out the Microsoft blog post.

« Instagram takes on Spotify with its own “2021 recap” feature
Leica launches Q2 Reporter Edition, a “photojournalist version” of Leica Q2 »