Avid announced yesterday that it will release a free version of the non-linear film and video editing software that was used to edit Avatar, Iron Man, Die Another Day, The Avengers, The Hunger Games and plenty of other blockbusters.

Media Composer is Avid’s flagship product and the company says it was used to edit every 2015 Oscar nominee for Best Picture and best Film Editing, as well as produce 99% of all network broadcast prime time television in North America.

This move is intended to offer aspiring video professionals, video enthusiasts and students an introduction to the paid version, and as such it will include several limitations.

The limited version, called Media Composer | First, will still allow you to work on a project from start to finish and will be released “later this year”.

Media Composer, as you’d expect from such a capable piece of software, is rather complicated, full of features and can be intimidating to anyone who is used to other software. It can be twice as daunting to anyone completely new to video editing software. 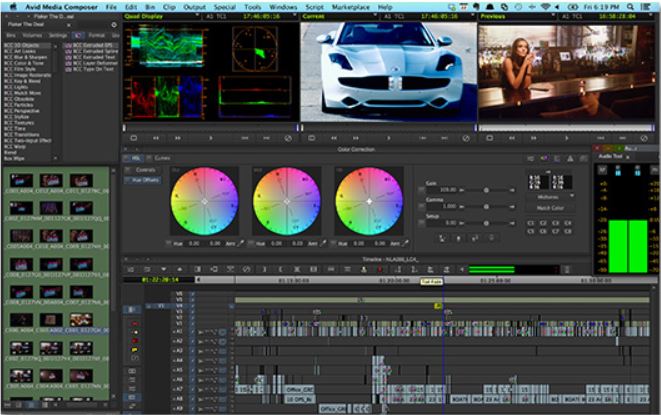 Expect to see less clutter in the free version

This user-friendly interface will come at a cost (feature-wise) but Avid aren’t quick to specify, as can be seen in their FAQ sheet:

It is important to note that the free version will be upgradeable with various paid plug-ins, extra cloud storage space, etc. Users will also be able to upgrade their Media Composer | First copy to a fully enabled version of the professional Media Composer.

In the meantime you can sign up to be notified when the software will be released or download a free 30-day trial.

The LensBaby Composer – A Review by Kirk Tuck

I shot a full portrait session with a Lensbaby Composer Pro II with Sweet 80 Optic. Here’s how it went