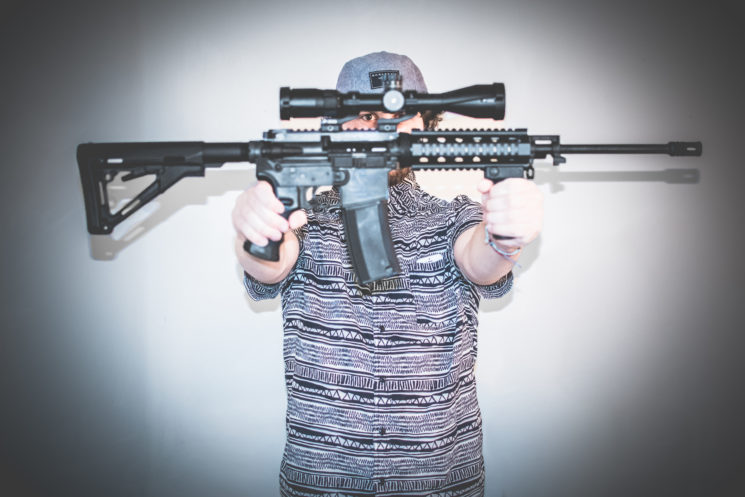 The mass shooting at a Florida high school last week shook up the USA as well as the rest of the world. A man from Texarkana, Texas apparently tried making a cruel joke out of it, and it sent him straight to jail. 24 years old Ricky Rankin posted a photo of an AR-15 assault rifle to his Instagram page, the same type of rifle used in the Florida high school shooting. The caption “I’m thinking about finally going back to school” had the community concerned, so they notified the police, which took him into custody.

As KTBS reports, Rankin posted the photo with the worrying caption on Monday night. Some people who saw the post notified the police, who immediately initiated an investigation. An arrest warrant was ready the following morning, and officers and FBI agents arrested Rankin outside his home. KTBS writes that there was no incident during the arrest and that the police searched the property. They found and secured the weapons of other family members, but they reportedly didn’t find the AR-15.

Chief Dan Shiner said that they “don’t know if this post was meant as a joke or if he really planned to go to a school with a gun.” Still, he adds that the Texarkana Police Department takes comments like this seriously, and they want to protect children in schools from tragic events like the one recently seen in Florida. KTBS reports that Rankin is still being held in the Bi-State Jail and that “no bond has been set at this point.”

This isn’t the first time an Instagram post has sent someone to jail. However, it seems like this particular case has sent more people into custody than just Ricky Rankin. Gizmodo reports about several more cases of arrest after posting school shooting “jokes” to social media.

Reportedly, 18-year-old Kane Watson from Florida was arrested over a Snapchat video. He posted a video of himself loading a rifle, captioned “Don’t go to school.” At least three students were arrested in Chattanooga, Tennessee and another three in Greater Cincinnati, Ohio. Two were taken into custody for alleged threats to Escambia County, Florida and at least one in Darby, Montana.

Judging from Rankin’s case, it’s not always clear whether the person is making a serious threat or just making a bad joke. Still, the police apparently get informed and take action against potential online threats. Although jokes like this are unimaginably distasteful, I do hope they are all just jokes, and that we will not see horrible events like the one in Florida ever again.