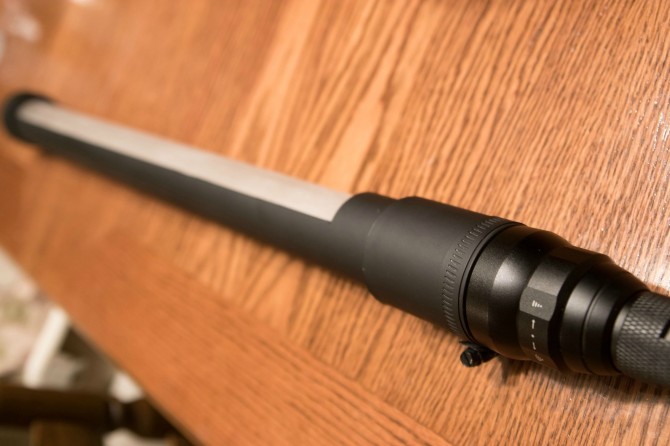 The Ice Light by Westcott is a $450 light source that many photographers swear by. It is a powerful, variable LED light that can be hand held and gives a nice directional strip-like spread.

Then again, it costs $450, which is no peanuts. If you are in the photography stage where you have more time than money, photographer Justin Barr made a DIY version that looks pretty nifty. Details, after the jump.

Small piece of aluminum foil. (Had it in the house, because we’re civilized)

1. Cut the opening in the PVC pipe. This can be whatever width you want. Mine is a little less than halfway through. 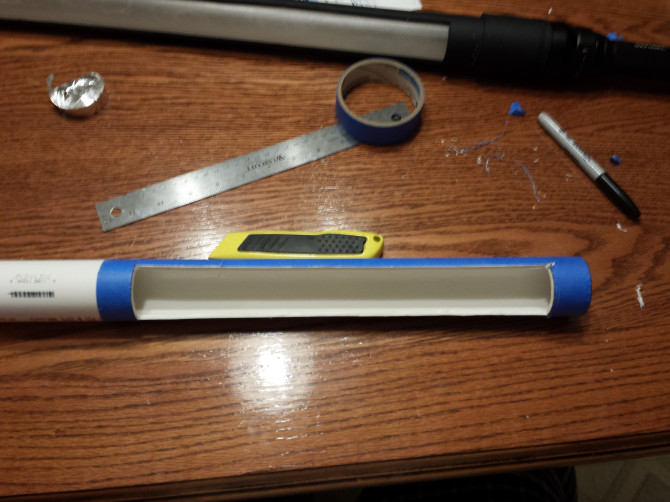 2. Cut the flourescent shield to the same length as the pipe. Then use a utility knife to cut it longways.

3. Sand the inside and outside of the fluorescent shield to create a “smoked glass” look. and set aside. 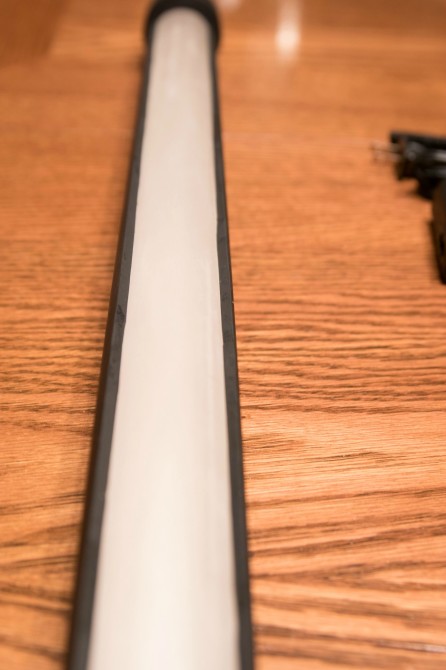 4. Remove the “crown” off of the bulb end of the flashlight. You will still have the reflector cone and clear focuser inside the light.

5. This takes a bit of sanding for adjustment but the 1.5″ coupler almost threads perfectly onto the end of the flashlight. Sand as needed and test fit. 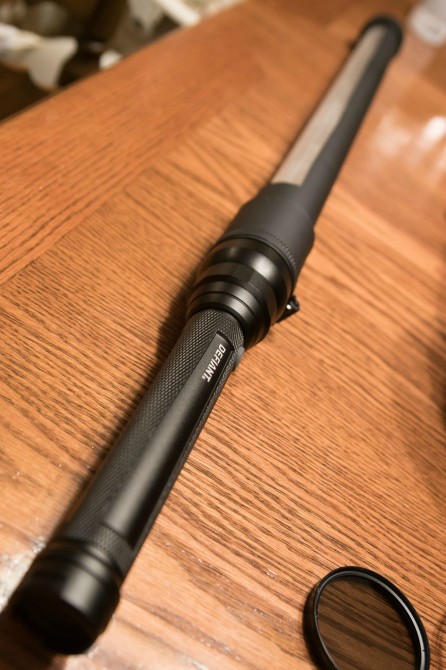 6. Push 24″ PVC into the unsanded coupler end. PVC Cement can be used if desired.

7. Cut a piece of aluminum foil slightly bigger than then end of the PVC pipe, shiny side toward the flashlight. Fit it over the pipe and slide the PVC Cap about half way on. If there’s any foil sticking out, trim with utility knife. Then press Cap on fully.

8. (Optional if painting) Using the leftover flourescent shield, insert it into the PVC pipe. This will be the paint shield so black paint won’t get on the inside of the light pipe.

9. Place hose clamp around end of PVC coupler and snug tight. (this is only for paint purposes so it will be in place for paint and won’t scratch if you try to put it on after painting.

10. I used Krylon matte black spraypaint that was specific for plastics. It bonds well and only takes about 15 minutes to dry. Several thin coats will work better than one thick coat. 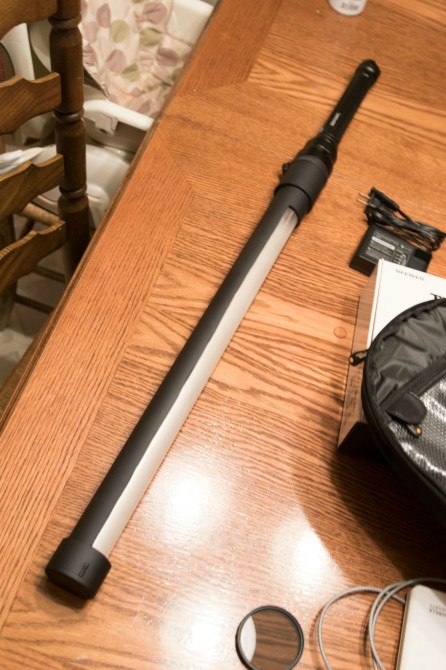 11. After its dried, its time to fit it onto the flashlight. Replace the painted fluorescent shield with the sanded white shield. 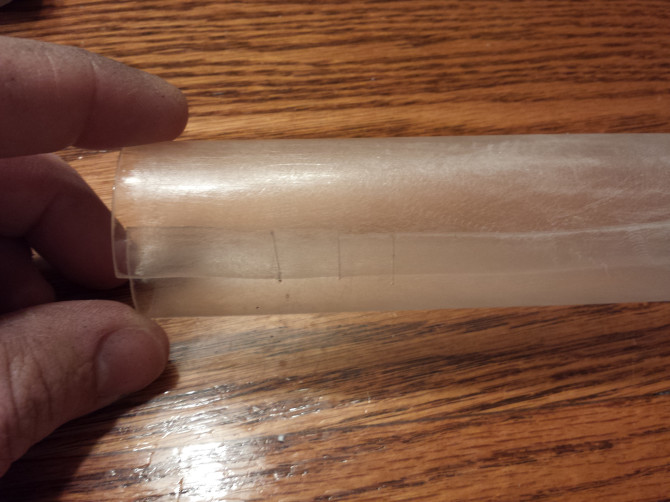 12. For the Coupler I used, I had to cut a small (2 cm) piece of PVC pipe to fill in the gap on the flashlight side of the coupler. The clear plastic for focusing the flashlight falls out if there’s nothing there. This is a trial and error step. It will take some trimming to get a good fit. 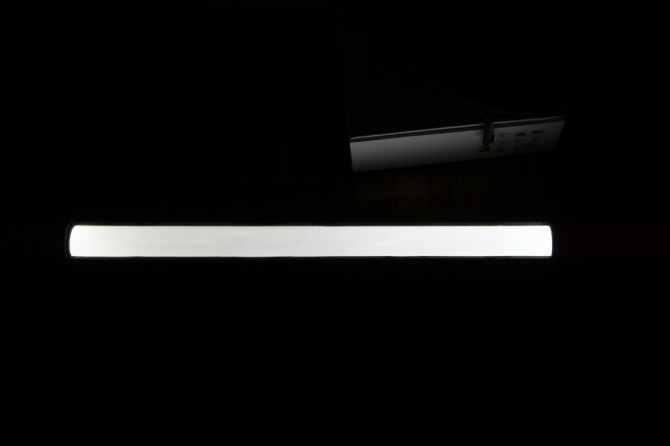 13. Once the coupler is fit and the focuser is in place, tighten the hose clamp.

14. That’s it. The focuser on the flashlight acts as a dimmer for the light. When its set to wide beam it is dimmer since less light is reflecting off the foil at the end. This light also has two brightness settings so it dims down pretty well. 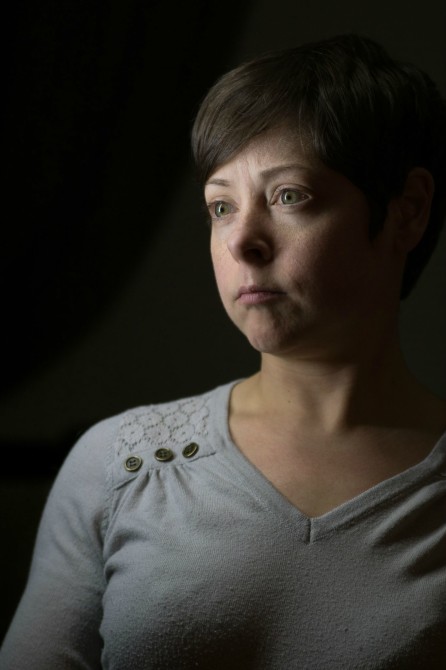 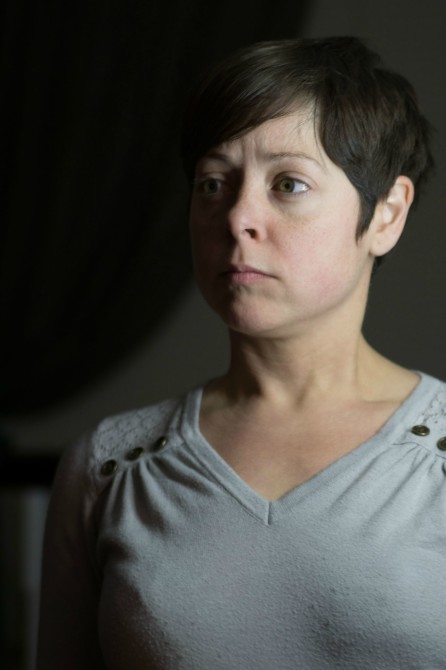 Justin Barr is a photographer based in St. Louis, specializing in portraits, family photos, real estate, commercial, and outdoor photographyYou can see his site here, and follow him on Facebook or Twitter. This article was originally published here.