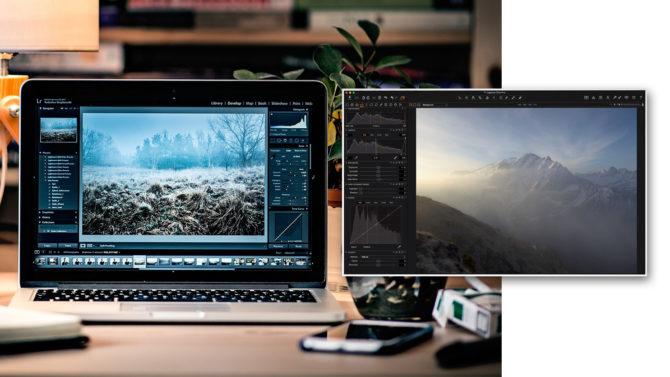 Capture One is generally touted as the only real Lightroom alternative. Overall, many say that it produces better results, or at least better starting points, but does it really? An interesting article by Martin Evening in the current issue of Photoshop User Magazine suggests that the differences between the two are less than you might think.

The article attributes the better initial look of Capture One to more aggressive default sharpening and enhancement of the images. A pretty stark contrast to Lightroom’s more subtle default settings. Lightroom tends to be quite conservative on sharpening and noise reduction in comparison in order to preserve actual detail. 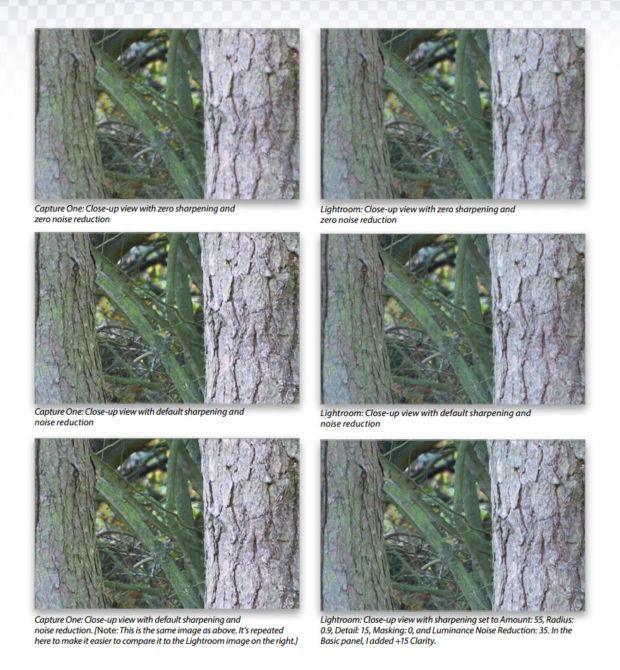 Indeed, the differences between the two at their default settings (middle row) is quite striking. The Lightroom image appears to be much softer with slightly less contrast than the Capture One image. But it only appears that way. The fact of the matter is that Lightroom simply applies less sharpening by default.

Personally, I avoid the stock Adobe camera profiles completely in Lightroom and Adobe Camera Raw. The X-Rite ColorChecker Passport and DataColor SpyderCHECKR both solve colour issues with ease. With either of those, your colours are consistent and accurate no matter which camera you shoot.

That’s the main thing that always put me off Capture One. I use several different cameras from Canon, Nikon, Hasselblad and other manufacturers. Capture One has never had any support for the ColorChecker Passport, nor the SpyderCHECKR, so matching colours between cameras can be a pain. Even when the white balance is set perfectly between cameras, different sensors, filters and lenses have slightly varied response to different colours.

The one area where Capture One does seem to shine, however, is how it applies tonal changes. If you shoot very high dynamic range scenes with a bright sky and a dark landscape, this difference can be pretty huge. 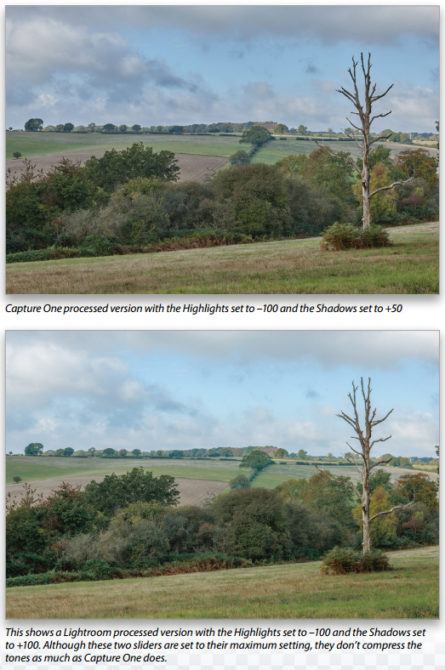 The difference is especially noticeable when you have completely blown out areas of the shot, such as the sun, or bright lights. Capture One seems to do a much better job of gracefully transitioning from those blown out areas. Lightroom often produces obvious edge lines and halo effects around such areas once you mess with the highlight slider.

There’s definitely a very different “look” to the images that come up in Capture One by default compared to Lightroom. Is it possible to get this look in Lightroom? For the most part, yes. Obviously the two will never be pixel perfect identical, but you can get it close enough.

The article wraps up with some instruction on how to get Lightroom images to look more like those shown by default in Capture One. Martin also offers some preset suggestions to apply those settings with one or two clicks in the future.

Capture One and Lightroom do both have definite advantages over each other. The colour tweaking controls in Capture One are much easier to work with than the Lightroom options. Lightroom, on the other hand, offers controls to better tune things like sharpening, noise reduction, vibrance. The Photoshop integration with Smart Objects is also invaluable at times.

Neither really is better than the other. They’re both good at what they do, and both have their downfalls, too. Like Nikon vs Canon, Mac vs PC, iPhone vs Android, it mostly boils down to personal preference.

Which do you prefer? Capture One or Lightroom? Why do you prefer the one you use? Is it because you feel one produces better results than the other or is it simply a workflow thing? Let us know your thoughts in the comments.

« The DJI Mavic Pro footage looks like a cheap HD action camera compared to the Phantom 4
Do you OWN your reflector? »