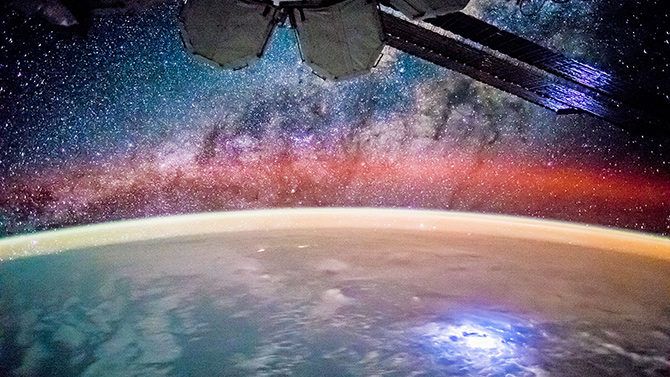 No matter how much amazing imagery NASA throw at us, they always seem to wow us with new and amazing photographs on a regular basis.

Shot on a wide lens mounted on the International Space Station, this image lets us look deep into the milky way while making a pass over the Republic of Kirbati, a tiny island nation in the Pacific Ocean with a population of only around 100,000 people. 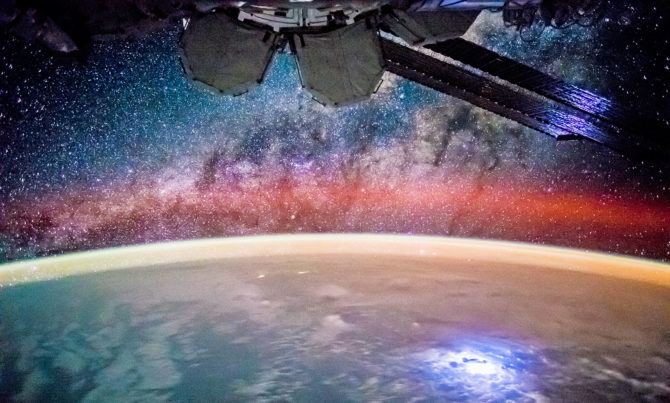 “Knowing the exact time and the location of the ISS, scientists were able to match the star field in the photo to charts describing which stars should have been visible at that moment”, NASA writes.

The pattern of stars in the photo was determined to be the centre of our own Milky Way galaxy.  The dark patches are dust clouds blocking our view of the stars nearest the centre.

The bright flash of light on the surface of the earth at the bottom right of the photograph is actually a lightning storm, which is also reflected off the ISS’s solar panels 400 kilometres above it.

NASA have also provided this annotated version, highlighting these features of the image. 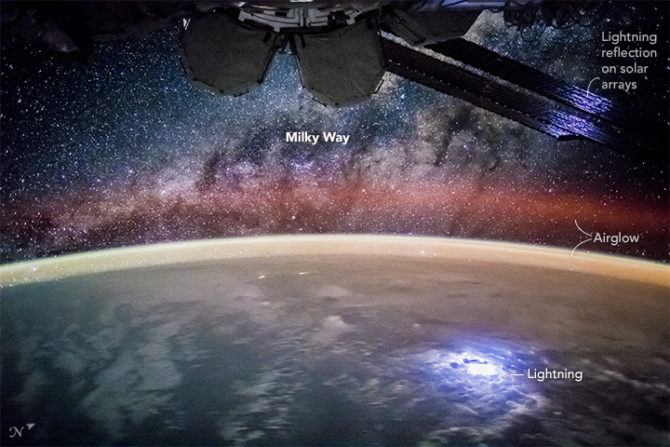 The reflection of the lightning is interesting, and helps to highlight exactly what specular highlights are, and how they have pretty much nothing to do with things like the Inverse Square Law, due to the fact that they’re reflections, and not direct illumination.

You can see the full size image over on the NASA website, and you can follow the International Space Station’s adventures here.