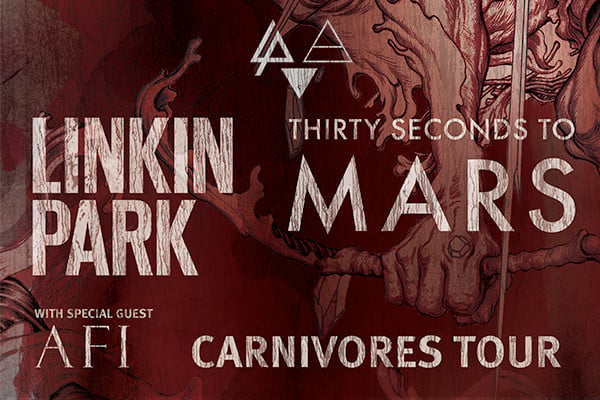 A while back there was some pretty bad news circulating the blogosphere involving live photographers – specifically in music. I thought it’d be cool to shed in more of a positive light in current relationships between musicians and the artists that photograph them. A few months back, Los Angeles-based band Linkin Park announced their upcoming tour across the US, and they just recently announced a contest targeting photographers who want to have a chance at shooting for their shows.

Though they may be one of the biggest headlining bands in the world to this day, Linkin Park have not been shy in their interaction with fans and other artists in general. In 2012, the band launched a competition through Talenthouse asking artists to submit T-shirt designs for their single “Castle of Glass”. The person who won ended up being rewarded with what the contest promised – exposure, prize money, and a hangout with the band, but Linkin Park took a step further. The artist ended up being assigned with designing the entire look of the band’s next fan club merchandise; the work he did was featured as the membership CD’s cover, laminates, and T-Shirts. 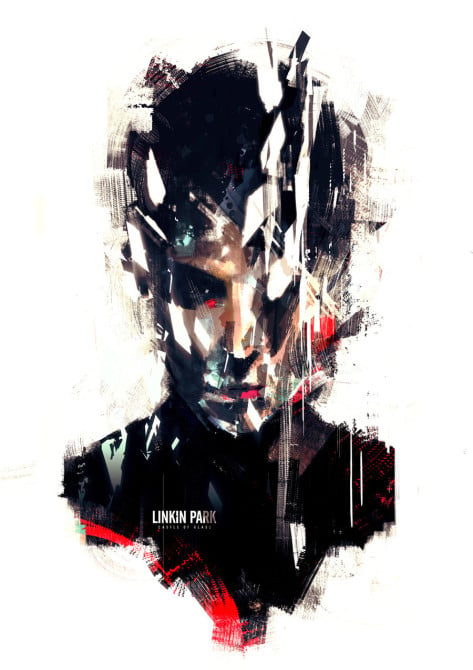 The winning artwork by Dika Toolkit

Along with that one example are many others in how many times the band has reached out to their fans in order to give more artists the spotlight they deserved. This time, they’re targeting photographers and launching a contest through Talenthouse where the prize is the chance to be an official live photographer for the band’s upcoming US tour. In order to enter, each applicant basically has to send the best live shot they’ve done. After submissions close, the band judges the best picks from the photos that are voted on the most. Whoever wins ends up getting taken to the tour date nearest to him for the shoot, along with meeting the band itself and a hefty award of $4000.

Typically, bands always launch campaigns like this, but I thought this would be significant to post because of the recent controversies that have come up in the industry between photographers and their treatment by live acts. With a band that’s already kept a good track record of connecting with their fans as artists, it’s nice to see these guys use their status and give chances like this.

What do you guys think? Drop by and give your thoughts. For more on the topic, you can check out an interview DIYP did back in March with a photographer for one of the bands in the tour.