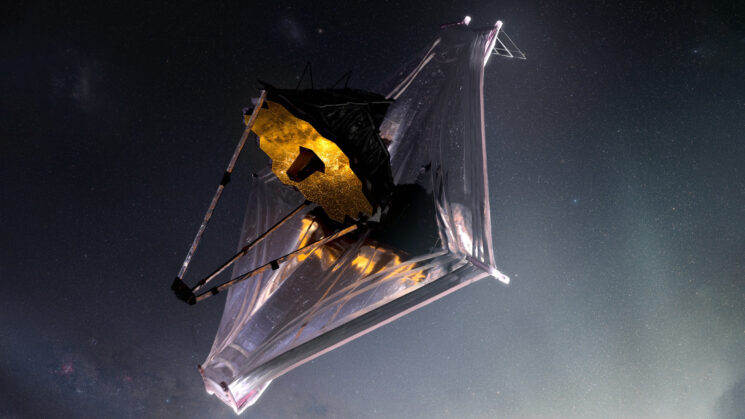 NASA’s James Webb Space Telescope sent its first photos earlier this year. Since then, it has come a long way, going through seven stages of mirror alignment. Astrophotography and astronomy fans, rejoice: Webb’s mirror alignment has now reached its final stage, and this is the final countdown until it’s fully operational.

Let’s start with a quick recap. The James Webb Space Telescope (JWST) was sent into space on 25 December 2021. After some challenges and a couple of tweaks, it reached its destination in space and started its transformation. Around this year’s Valentine’s Day, we fell in love with the very first photo the telescope sent to Earth. It’s a bit underwhelming, but it’s still groundbreaking, and it only got better from there.

In March, the JWST team completed the second and third phases of mirror alignment. This resulted in a clear stacked image of a single star, instead of 18 images of the same speck of light across the frame. A few days later, the telescope finished the fifth stage of its mirror alignment. It went so well that it even exceeded NASA’s expectations.

And now, the JWST is at its seventh out of seven alignment stages. The telescope mirrors have been aligned so that they can capture stunning photos. Now, it’s time to help Webb’s Mid-Infrared Instrument (MIRI) reach and keep its operating temperature. MIRI is now being cooled by a gaseous helium cryocooler to under 7° K (-266.15 C°).

NASA explains it better than I ever would, so here’s the explanation of the final alignment stage:

“Currently, four of the 18 mirror segments are above 50 kelvins,” NASA explains further.

“These four mirror segments emit some mid-infrared light that reaches the MIRI detectors. Since all the mirror temperatures are now below 55 kelvins, it is expected that MIRI will be sensitive enough to perform its planned science, but any additional cooling of these mirrors will only enhance its performance. The Webb team hopes to see the mirrors cool by an additional 0.5 to 2 kelvins.”

There are still some tweaks and tests to be performed, but Webb is almost there! You can read more about it on NASA’s website, and let me know if you’re excited to see Webb’s space photos as much as I am.

« The Huion Kamvas Pro 16 (2.5K) is a solid challenge to Wacom’s dominance in the graphics tablet market
Core SWX’s new Powerbase Edge Link can power your mirrorless camera for over 12 hours »