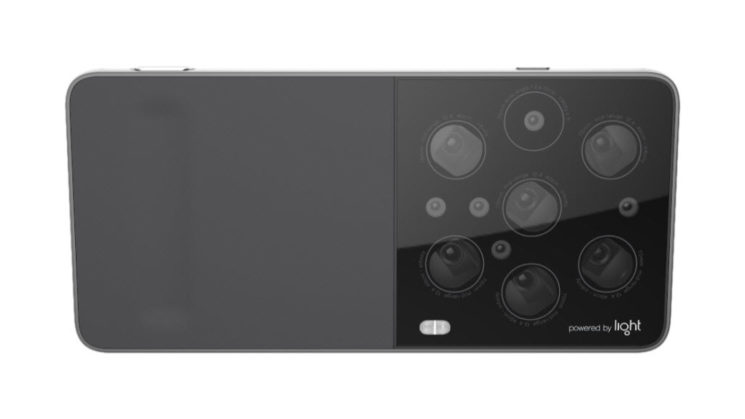 Light, the company behind the Light L16 camera which contains 16 sensors and lenses, has announced that they’ve teamed up with Sony to create the next generation of multi-camera smartphones. Well, we knew Light was working on something to do with phones, and now it looks like it’s official.

The press release doesn’t go into a massive amount of detail, except to say that the agreement reached allows Light to recommend Sony sensors for use in designs amongst their customers and partners. Basically, they can tell them “Here’s our design, it uses Sony sensors. Change it at your peril, but if you do, then it’s nothin’ to do with me, mate”.

Sony is the recognized quality and market share leader in image sensors and we are thrilled to partner with them. We are entering an entirely new era of intelligent imaging applications that will transform smartphones, autonomous vehicles, and security systems. With Sony’s world-class image sensors, we can introduce new innovations in the multi-camera imaging space.

After seeing the reception received by the original Light L16 camera once it started getting into the hands of customers, I had a feeling this might be the direction that Light would eventually take. It was a great combination of hardware, with a solid theory, although the software didn’t really live up to many peoples expectations at the time. I spoke to many Light L16 customers shortly after they received theirs and their feedback was entirely underwhelming.

Of course, the software has developed since then, and it’s a little more reliable than it was. But it’s still a lot of work for a company like Light to take on alone, especially when you consider the capabilities of phones these days. Working with sensor and smartphone manufacturers should allow them to help ease some of that load, allowing them to concentrate on the API, and offload some of the user-end work to Android app developers.

We are excited to be working with Light and driving multi-sensor-based products and solutions into the market. Light and its technology are transforming how devices see the world. This new partnership will allow us to work together to evolve and speed up the design of today’s multi-image sensor enabled connected devices. Starting today, our jointly developed reference designs will help our smartphone OEMs to quickly and easily enhance the imaging capability of multi-camera enabled smartphones.

The Light L16 was an amazing proof-of-concept for computational photography. But despite its real-world popularity didn’t match up with the hype surrounding the Light L16’s launch, it’s gained the company a lot of support from massive industry players

Having already received investment from the likes of Leica, along with this announcement, whatever Light ultimately brings to phones could be very cool indeed.

Rumour: Samsung teaming up with Olympus for future smartphone cameras