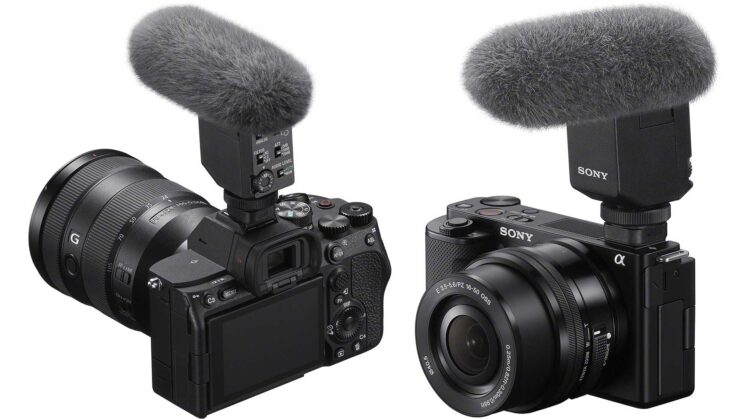 The ECM-B10 contains four microphone capsules that use “beamforming” technology to offer omnidirectional, cardioid and hypercardioid pickup patterns in a single microphone. It also features a 0/10/20dB attenuator switch, a noise cut/low cut filter switch, an audio level dial and a digital/analogue switch.

It’s aimed squarely at social media content creators and vloggers and presents a lower-cost alternative to the Sony ECM-B1M on-camera microphone. Quite significantly cheaper, in fact, at $249 for the ECM-B10 vs $349 for the ECM-B1M. But despite the price difference, it seems like a pretty versatile microphone – as you can see by the examples in Sony’s demo video above.

The hypercardioid – or “superdirectional” – mode, Sony says, is ideal for selfies or interviews with sound collected from a focused area directly in front of the microphone while attempting to block out noise off to the side and behind the camera. The regular cardioid – “Unidirectional” – mode works similarly to the above but has a slightly wider pattern, allowing your subject to move around a little or to capture multiple people talking side-by-side in front of the camera. The Omnidirectional setting picks up sound in 360° around the camera. 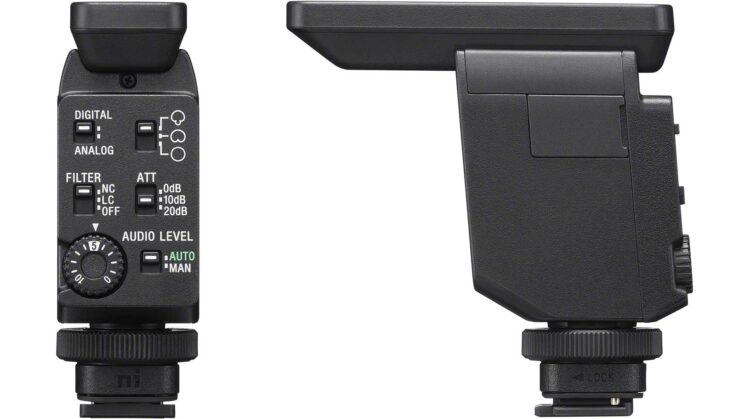 The Sony ECM-B10 features a built-in “shock and vibration suppressing design” to minimise low-frequency rumble and handling noise. That design is also dust and moisture-resistant, allowing you to use it outdoors in a range of conditions. It comes with a supplied windshield to help further reduce any noise you might encounter due to wind.

It requires no cables and no batteries, taking power through the camera’s multi-interface shoe and sending the audio data back down through the same interface. And it features a digital/analogue switch, allowing it to be compatible with a wide range of Sony cameras and all of the switches and knobs are easily accessible on the back of the unit – even when you’ve got the windshield on.

The Sony ECM-B10 is available to pre-order now for $249 and is expected to start shipping in July.