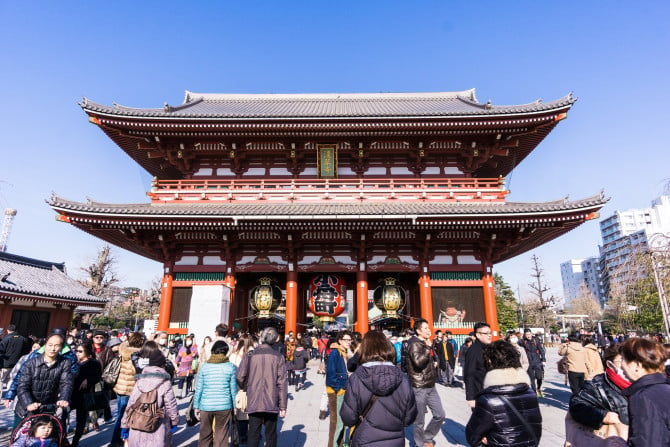 Less than a month after a camera-equipped drone carrying trace amounts of radioactive substances was discovered on the roof of the Japanese prime minister’s office, legislators are starting to crack down on radio-controlled aerial devices.

Drones have been banned in all 81 of Tokyo’s public parks and gardens, and additional legislation is in the works and will ban using them above “important facilities” such as government buildings, embassies, the Imperial Palace and the Supreme Court.

Now that drones have made headlines in the country and attracted the attention of lawmakers, it is expected that even more laws will be implemented ahead of the G7 Summit in 2016 and the 2020 Tokyo Olympics.

Even though the person responsible for landing the drone on the government building turned himself in to police three days later and revealed that his actions were in protest of the Japanese nuclear policy, photographers and enthusiasts are already beginning to notice a drastic change in the government’s attitude towards drones.

According to Tech In Asia, up until this incident drones were only banned at airports and were otherwise free of any regulations as long as they kept below 150 meters (492 ft.). This was due to the fact that small, unmanned drones are not considered “aircrafts” by the local Transport Ministry under the current aviation law.

The radioactive drone, as well as several other smaller scale drone incidents, has led to the change in policy and drone operators will now face fines of $420 if caught flying in a public park and, if the legislation passes, $4,200 for flying a drone over the above mentioned restricted facilities.

The Japan News quotes Tokyo government officials stating the ban on drones in parks is because they pose a danger to children, possibly following a case where a drone fell near worshipers at a local temple, but there seems to be more to it than that.

“There is a risk that unmanned aircraft could be used for a terrorist attack at events such as the Olympics or the G-7 summit,” said Yoshihide Suga , the Chief Cabinet Secretary. “We have to quickly prepare legislation and rules”.

The 40-year-old who flew the infamous drone, carrying harmless amounts of cesium from the restricted zone near the busted Fukushima nuclear plant, faces up to three years in prison.

And probably a bunch of disgruntled drone operators when he gets out.

While Japan was very easy going when it comes to drone regulations, a recent case in the US proved that having plenty of restrictions isn’t enough to stop the stupid as a man tried flying a Parrot BeBop over the White House fence.

[via BBC and Tech In Asia | Lead Image: Wei-Te Wong]

« 5 Must Know Lightroom Shortcuts–Which Keyboard Shortcuts Do You Use The Most?
A Slick DIY Self Contained photobooth »