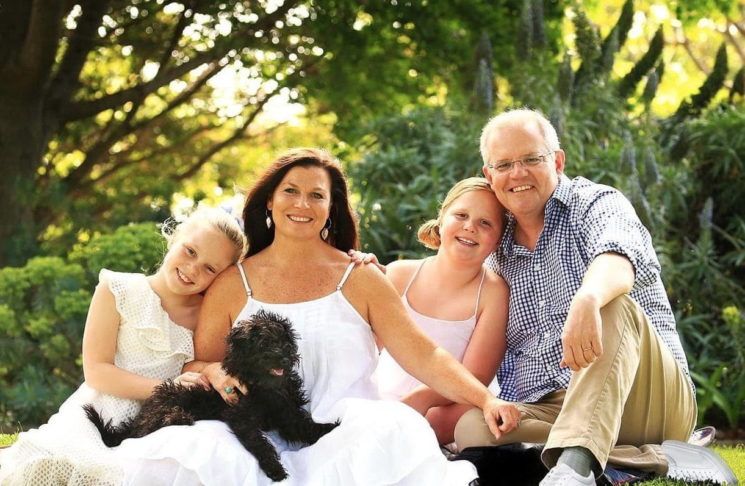 While we refer to poor Photoshop job as “Photoshop fail,” it never fails to make us chuckle. Recently, a subject of a major Photoshop fail was Australian Prime Minister Scott Morrison. In his official portrait, he was given a pair of shiny new sneakers – but they were both left.

Morrison was photographed for his official website with his family in a pretty causal setting. But I guess that the Department of Prime Minister and Cabinet thought that his old sneakers were a bit too casual. So, they reportedly photoshopped a clean pair of sneakers. A government spokesperson confirmed that it was done without the Prime Minister’s knowledge and authorization.

The Photoshop job is already pretty bad, with ultra-white sneakers that immediately stand out from the image. But the fact that they’re both left makes the entire situation even worse. And funnier.

In the age of social media, this couldn’t go without a series of Tweets making fun of this Photoshop fail. And some of them are pretty hilarious.

He has two left feet. Quite appropriate.

After the whole thing went viral, the portrait on the Prime Minister’s official website was changed back to the original image. Morrison showed that he has a sense of humor and tweeted a close-up photo of his old, trusted sneakers with a message to his Department: “I didn’t ask for the shoeshine, but if you must Photoshop, please focus on the hair (lack thereof), not the feet! Here they are in all their glory – my footwear of choice whenever I can get out of a suit.”

Message to my Department (PM&C): I didn’t ask for the shoeshine, but if you must Photoshop, please focus on the hair (lack thereof), not the feet! ?
Here they are in all their glory – my footwear of choice whenever I can get out of a suit. pic.twitter.com/hKKUstnArq

« The ColorChecker Passport is finally compatible with Capture One
A teen falls to her death at Horseshoe Bend, a popular photo destination »