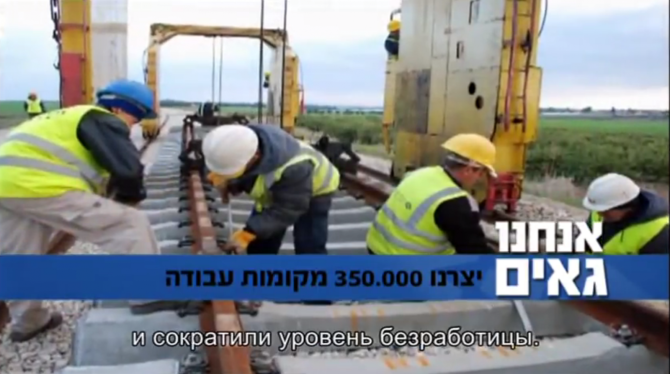 Politicians write the rules, but that doesn’t mean they need to follow them, right? But it is also becoming more common for courts to rule in favor of the artist than it used to…

A Jerusalem court judge had ordered the Likud party, lead by Israeli Prime Minister Benjamin Netanyahu, to pay 20,000 NIS (approx. $5,000) in compensation due to copyright infringement.

The photographer, Shmuel Rachmani, sued the Likud for $37,500 following its failure to credit two of his images which the Likud had used in a television campaign last year.

The photos at hand were commissioned last decade by government-owned Israel Railways and no credit was given to Rachmani on the company’s website. That being said, claims that the Likud had no way of finding out the photographer’s name were dismissed by the judge, along with the claim that it was unaware that the use of photos belonging to a government-owned company could lead the infringement of moral rights. An additional claim that it is common practice in the television industry to use photos without crediting the creator was not established, ruled the judge.

Neither side in this case is new to legal battles regarding copyright or moral rights infringements. Just last year the Likud settled a lawsuit and agreed to pay $1,000 in compensation to a photographer after it had violated the Creative Commons license under which the photo was published on Wikipedia.

Rachmani, a veteran photojournalist, has filed several copyright and moral right lawsuits against various media outlets, including Israeli Channel 2 News and Al-Jazeera, winning tens of thousands of Dollars in compensation.

Sadly, we have seen many incidents of copyright and moral right infringements in recent years and the political arena certainly had its fair share of these cases. Sarah Palin and the Indian Prime Minister, to name a few, were both accused of posting photos on Facebook without permission or crediting the photographers, while an Alaskan photographer’s image was stolen for a political attack ad against his friend.

Whether it is due to ignorance, recklessness or simply a lack of sufficient deterrence, it seems more likely that hell will freeze over, twice, than that we will get to see the end of copyright infringements anytime soon. Other than never posting your photos online or ruining them with ginormous watermarks, there is very little you can do to prevent your photos from being stolen.

So what would I do? Find out more about photography and copyright,  learn how to find your stolen photos online and register your copyright. Who knows, the next copyright infringement article might be about you!

« Hands-on Review of the LiteTrek 4.0 Mobile Lighting Kit
Quick Tip: How to create a panorama using Adobe Photoshop in under a minute »