The Alaskan photographer Mark Osborne recently had not-so-nice surprise waiting for him in the mail: A political attack ad targeting his friend that’s running for the State of Alaska House Of Representatives, Dan Ortiz. The nasty thing about this ad was the image that was used: It was a screengrab from a video that Mark shot himself. Understandably upset about the unauthorized use of his image, Mark Osborne responded in the classiest manner possible:

Mark’s responded by sending the Alaskan Republicans an invoice for 2500$ with the following message:

This is not a shakedown, I don’t expect to get paid. I think it would repair a bit of damage to the Southeast Republican honor if I were compensated for my stolen image. Someone was paid to make the attack ad. I would like to get paid as well. I don’t think Dan’s opponent authorized the ad.

We’ve talked about the complicated topic of copyright before on DIY Photography but cases of copyright infringement just seem to never stop getting more and more. It looks like photographers’ copyrights get stolen more and more frequently all over the world. 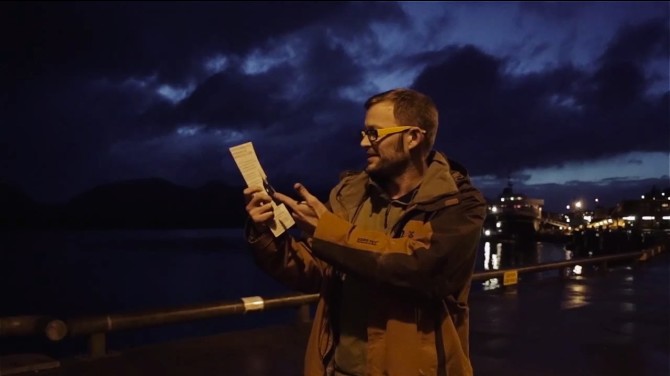 According to the video, Mark told them that the party didn’t do anything illegal by using his photo and that he doesn’t actually expect to get paid. His invoice and video were only meant to “make a point and perhaps shame the party a bit for stealing his work”

Have any of your photos ever been stolen from a company or someone? What would your advice be on how to react?