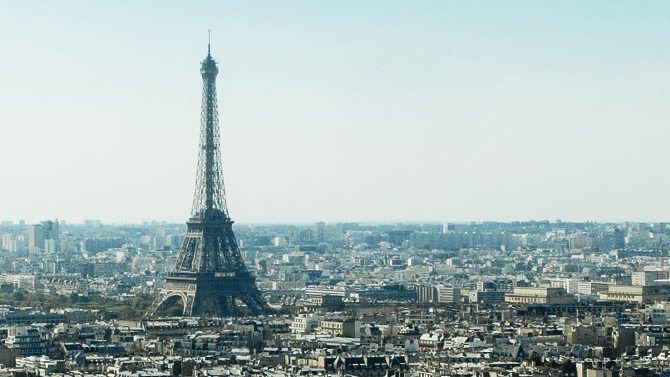 Photojournalist Maya Vidon-White is facing criminal charges over her photo of a man who was killed during the November terror attacks in Paris after the man’s family filed charges against the Paris based photographer.

Stating that the publication of the image caused the family emotional damage, press freedom advocates argue that Vidon-White has been wrongfully targeted using an “obscure” French law.

Buzzfeed reports that Vidon-White was working as a freelancer for United Press International (UPI) during the November 13th attacks. She rushed to the scene as the attacks started and documented the event. One of the many photos she took was the photo at the center of this law suit. It is a photo of emergency workers cradling a 30 year old who had been shot in the head. The victim, named by French media as Cédric G, died from his injuries.

This photo was then sent to various agencies and ultimately ended up on the pages of VSD magazine.  When the magazine hit the stands, Cédric G’s family criticised them for publishing the photograph. Two months after the publication, Vidon-White was informed that she was to be prosecuted for violating the “Guigou law” – a controversial French law which bans the publication of photos of victims on the grounds that it violates their rights to human dignity.

The “Guigou law”, named for former Justice Minister Elizabeth Guigou, was passed in 2000 in response to two events: The first was publications of photos covering the bombing attacks in Paris during the mid 90’s. In those photos, number of survivors were shown with their clothes partly blown off from the bombings.  The second event was Princess Diana’s death in 1997.

Jean Sannier, lawyer for Cédric G’s family is reported to have said that both Vidon-White and VSD violated the law by publishing the Bataclan photo on a double page spread and by not blurring out Cédric’s face.  To top that, the article was also accompanied by an interview with another man, also called Cédric. The magazine did not specify that the interview Cédric and the photographed Cédric were different peoples, leading friends to believe that Cédric G had survived the attack.

Last month, both parties appeared in a Paris court and a judge will decide tomorrow whether or not the case will go forward. While the decision is not yet made , is already raising debates over privacy and freedom of the press.

Vidon-White’s lawyer, Vincent Tolédano argues that the case should be thrown out because the law only applies to victims who are still alive. Therefore it does not cover the families of the deceased.  Images must also be “degrading” to the victim, and that simply being a victim, in itself, isn’t sufficient.

If the judge rules in Vidon-White’s favour tomorrow and the case is thrown out, Sannier says that the family will push for legislators to clarify that the Guigou law covers the deceased and their families. Sannier states that a decision against his client “would mean that when you’re alive, you have the right to have your image respected, and when you’re dead, you no longer have the same rights, which would be truly scandalous“.

Cédric G’s family is seeking more than $38,000 in damages from VSD and Vidon-White, as well as around $11,000 in legal fees.  In addition to this, Vidon-White may face a fine of up to approximately $17,000 if the charges stand.

I see the family’s position, and believe the magazine should possibly be held liable for the trouble caused by publishing the image and confusion and stress caused by the accompanying interview, but I don’t see how any of this should be Vidon-White’s problem.

She wasn’t the one who decided how the image was used, or in what context, and there doesn’t seem to have been any derogatory or malicious intent when she created the photographs.  What do you think?  Let us know in the comments.

No criminal charges for Sheriff’s Deputy who shot a photographer

« Your Opinion of Steve McCurry Doesn’t Matter
Is it time for Instagram to consider scheduled posting? »