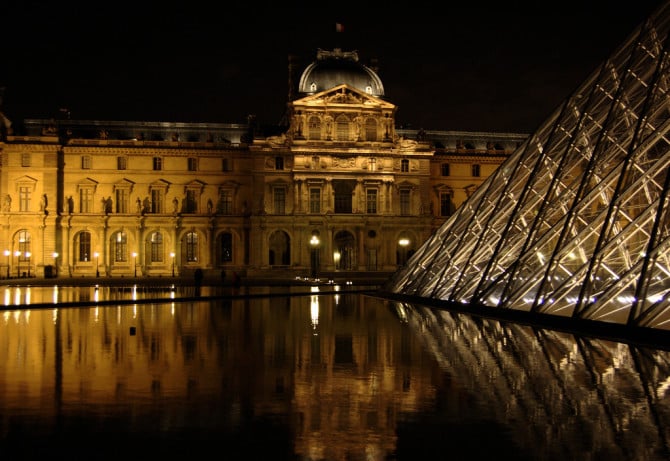 Following in the footsteps of US museums such as the Museum of Modern Art, The Guggenheim, Hirshhorn Museum, and the Getty Center, Museums in Paris are considering the ban of selfie sticks.

The Palace of Versailles seems to be spearheading the ban with its guards already ordering visitors to keep their selfie sticks packed away, and the ban is expected to become formal “within weeks”.

The Pompidou Centre which houses the Musée National d’Art Moderne, Europe’s largest modern art museum, is “heading towards a ban” as well.

The Louvre is said to be concerned, while the Musee d’Orsay has nothing to worry about.

No new steps are being taken in the Louvre, but a spokeswoman hinted that it might ask patrons to avoid using selfie sticks: “Users must follow the rules and not point any objects at paintings, sculptures”. True, taking a selfie with the Mona Lisa your selfie stick will be pointing away from the famous painting, but chances are that it will be pointing in the direction of some other art work.

The Musee d’Orsay is probably the only one of the major museums in Paris not to be bothered at all by the rising popularity of these arm-extenders; the museum has made its life easy by banning photography altogether.

The museum explains the ban on photos and videos:

“In the interests of the safety of works and visitors, and to ensure a more pleasurable visit, photography and filming are no longer allowed in the museum galleries. This measure has been introduced in view of the increased number of visitors taking photographs “at arm’s length” using mobile phones”.

The French museum, like their US counterparts, state the ban on selfie sticks is designed to reduce risk of harming pieces of art and other visitors.

I just hope that the museums word their bans correctly, banning all selfie extenders, otherwise it won’t be too long before Facebook and Instagram get swamped with belfies!