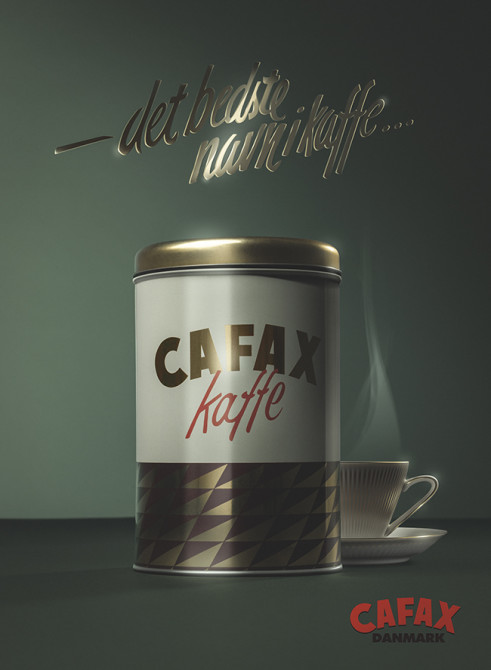 I recently did a vintage themed coffee ad and documented the process to show what goes into making stuff like this.

While the ad is centered around the product packaging rather than its content (more on that further down), the basic idea was to return the object, a coffee tin from the 1960’s Denmark, to its own time period in a nostalgic veil of bygone times, playing on atmosphere rather than the practical benefits of coffee. 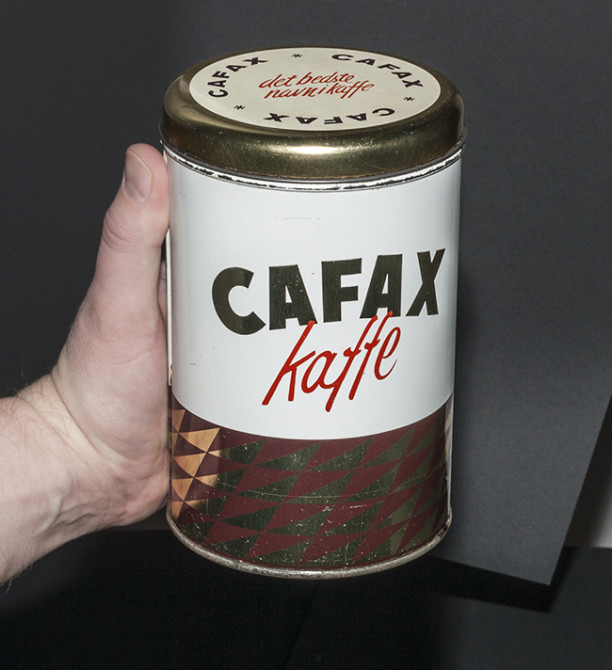 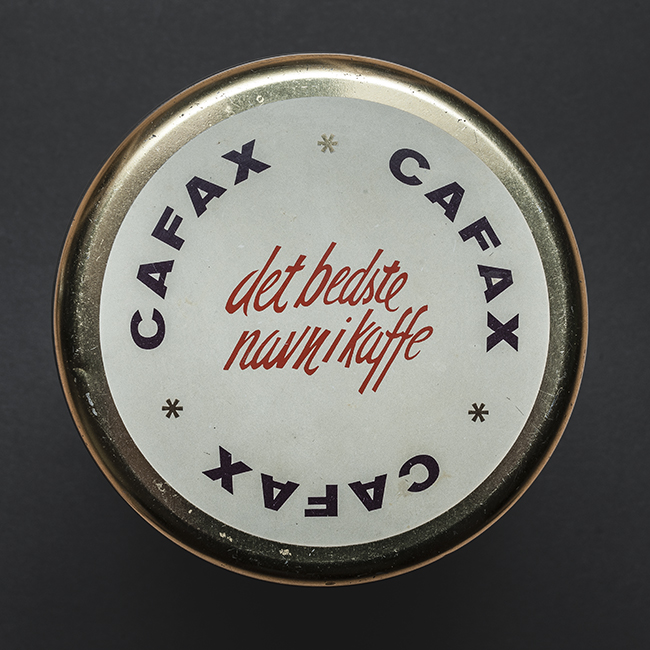 The slogan on the slip-on cover is in Danish and reads “the best name in coffee”. This was to be carried over as an integrated part of the ad. 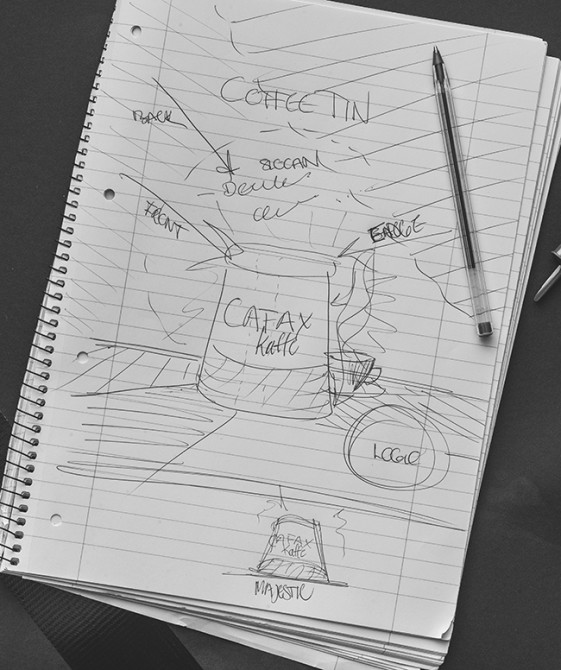 A quick sketch outlining the concept: As in many vintage ads for consumables the product packaging rather than its content has a central spot, naturally because you want people to recognize the packaging on the shelves at the grocery store etc. Today you typically create a story around the product and promote the brand instead. 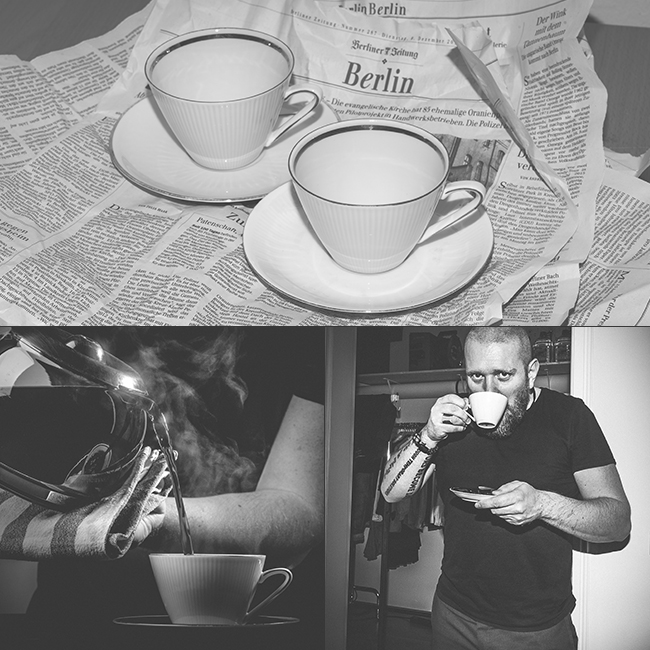 I acquired the gold rimmed china from one of Berlin’s many secondhand stores and it was exactly what I was looking for. Now it was time to get in the mood with an appropriate cup of coffee! 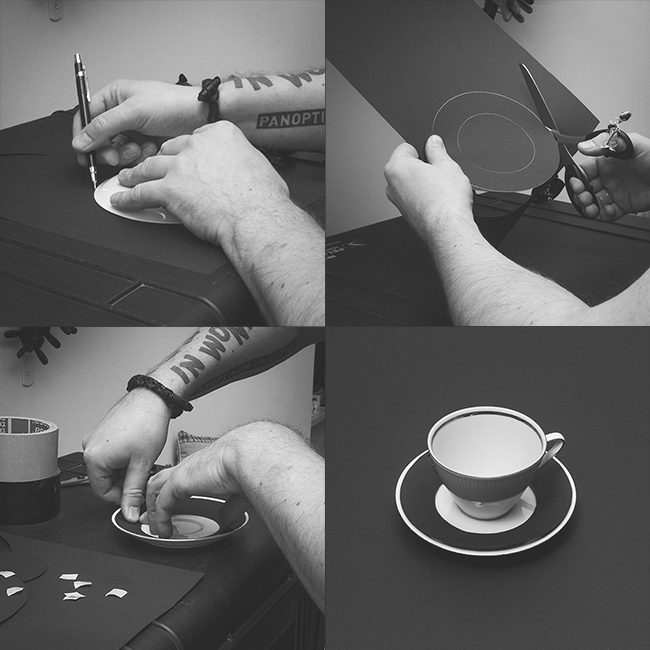 I fitted black cardboard on the saucer eliminating part of the light bouncing back onto the cup. I then re-shot the saucer without the cardboard on a lower output to be edited in during post. This will make the cup rest more in the background of the scene and preserve attention to the coffee tin, while keeping important highlights alive. 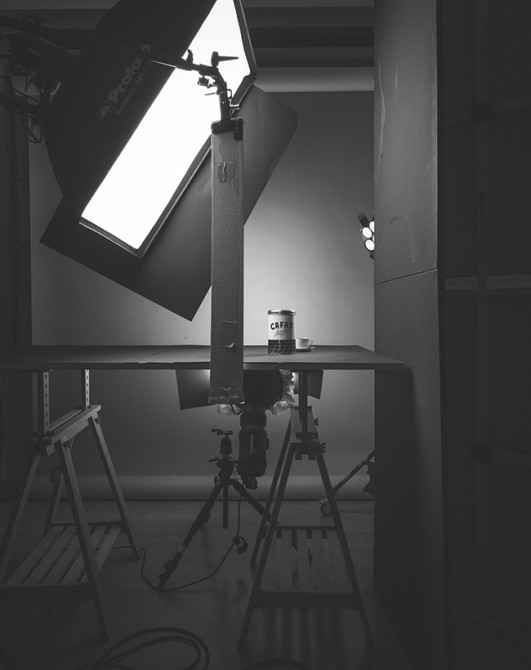 The lighting setup with a soft sidelight, snooted edgelight and a circular splash on the backdrop. The cardboard strip hanging down in front is used to create a reflection in the product, emphasizing its three-dimensional shape. I shot the products with an 85mm prime lens for moderate compression. 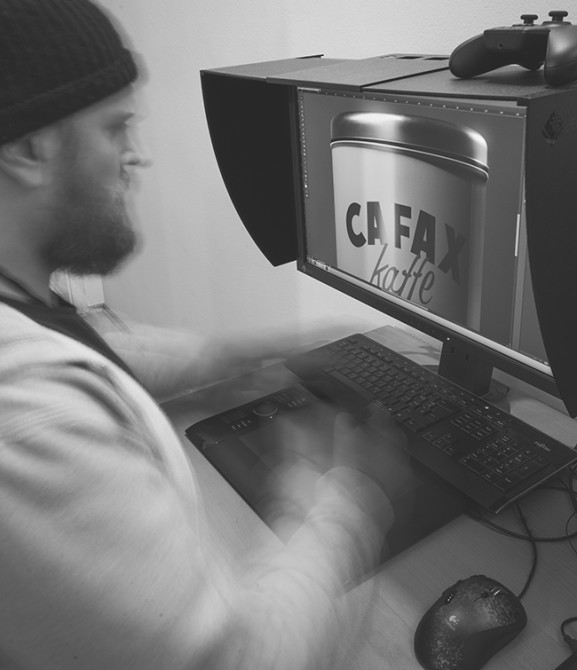 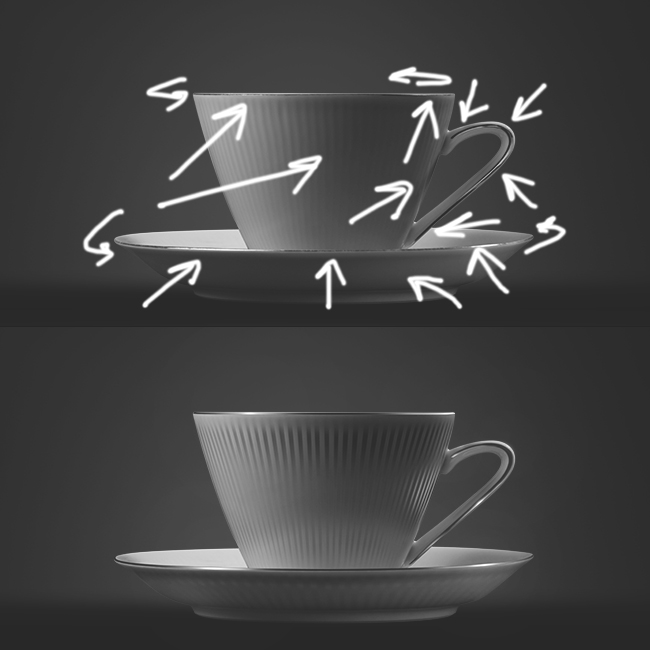 The cup and saucer before and after touch-ups with enhancements to underline the golden theme. 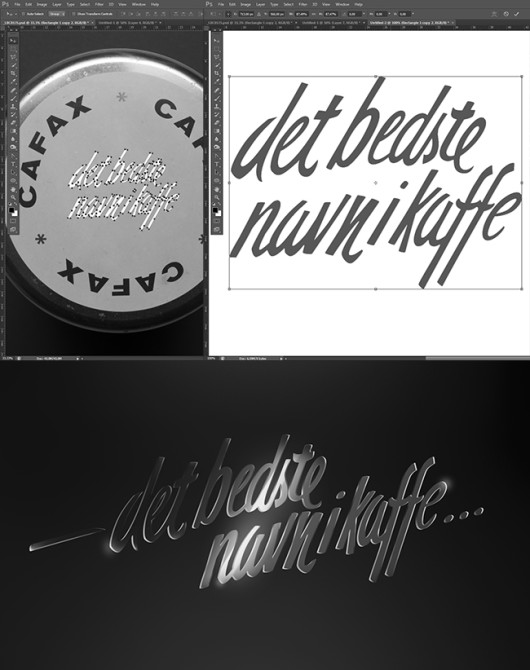 I hand-traced the slogan (“the best name in coffee”) from the slip-on cover to create the brass lettering. The graphics are comprised from several displaced layers and blended with a shine to create the dreamy three-dimensional effect of the floating letters (no 3D here). 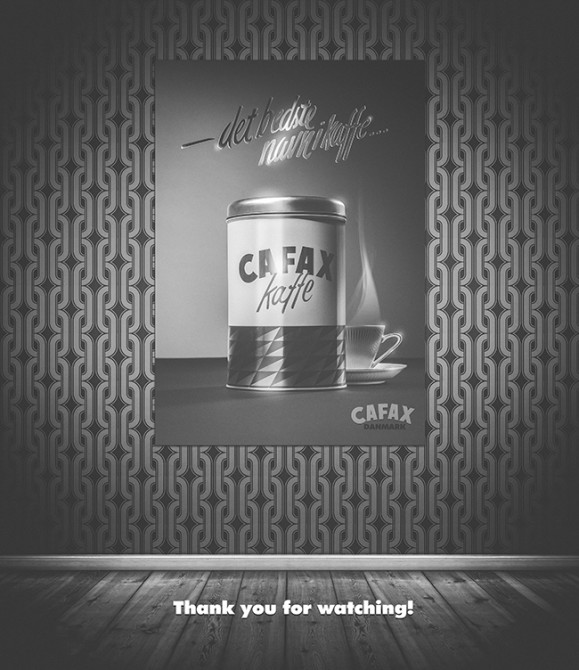 Thank you for watching! I hope you enjoyed this little peek behind the scenes and let me know if you have any questions.

Lars Brandt Stisen is a commercial photographer from Denmark serving international clients in advertising and fashion from his studio in downtown Berlin Germany.

How To Take The Perfect Coffee Shot (With Multiple Exposures)

How I Created This Dark Themed Belgian Medieval Photograph