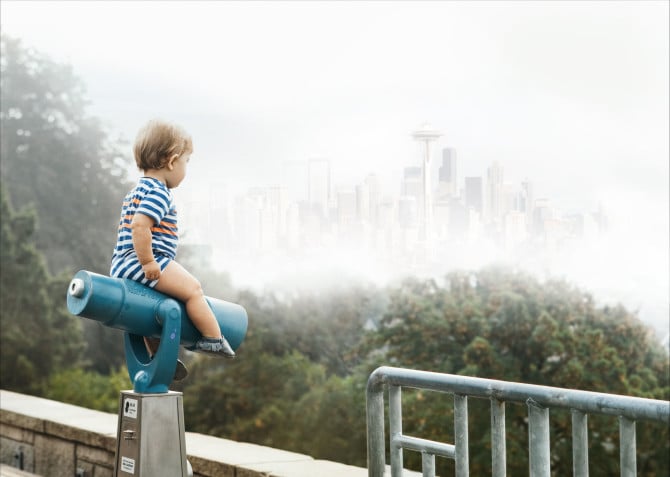 Maddex, a 1 1/2 year old boy from Seattle, Washington was born into a life of superherodom thanks to his awesome pro photographer dad, Brandon Hill. Putting his camera skills to work, Hill creates wondrous photos of his son living out some very adventurous daydreams. Whether casually relaxing on the iconic signage over Seattle’s famous Pike Place Market or precariously perched atop a telescope for some hometown sightseeing, Maddex’s charming go get ’em attitude has our inner child begging to come out and play.

Hill has been working on the project, which he affectionately calls Madd Stunts!, for more than several months. He says Maddex was easiest to work with when he was around nine months old. At that time, he had just begun making interesting facial expressions, but was still somewhat stationary. Now, at a year and four months old, Maddex is more mobile and easily distracted, but with a little planning, Hill says the shoots go swimmingly.

Of course, the final images have had some photoshopping done to them, but a lot of the magic is done on set. Hill has a trusted assistant hold and help pose Maddex to make sure he stays safe during shooting. The assistant is then brushed out during post production. 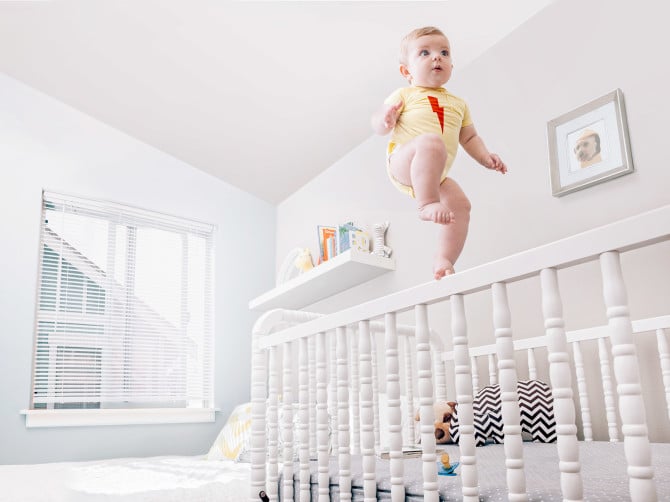 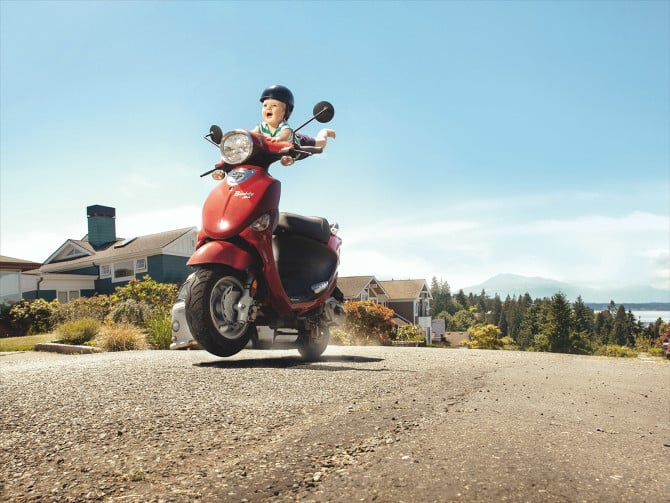 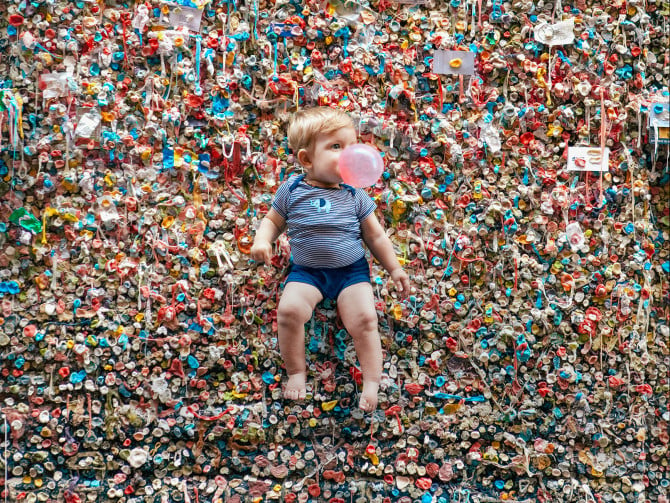 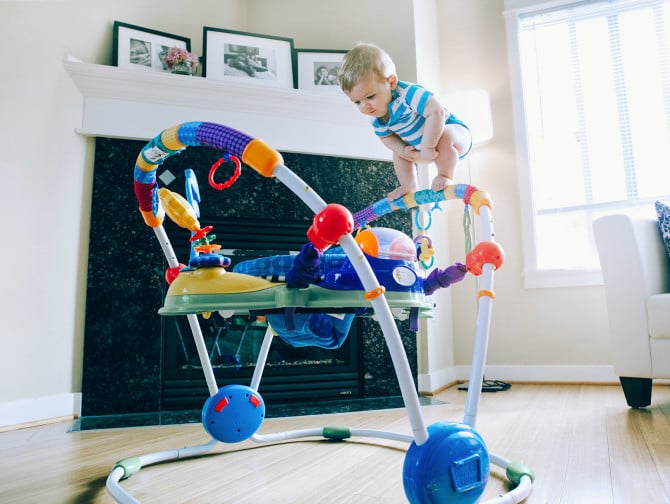 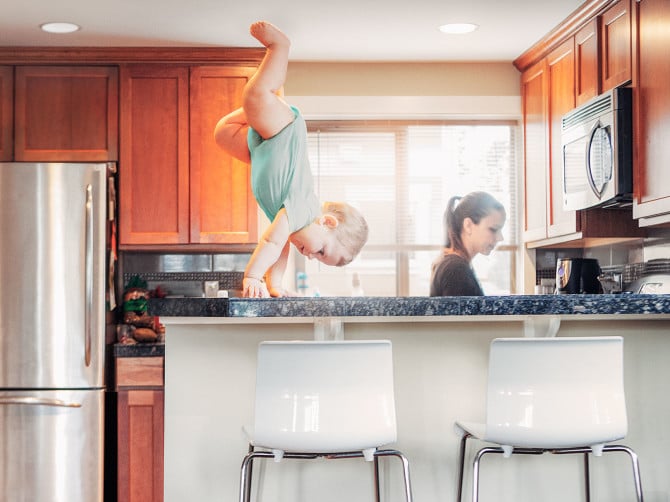 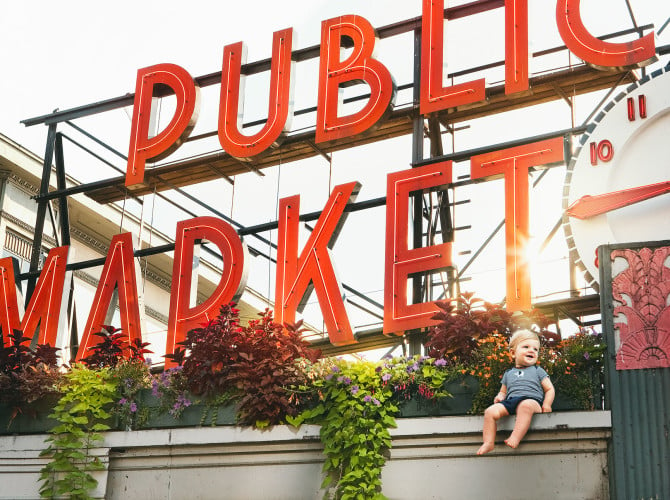 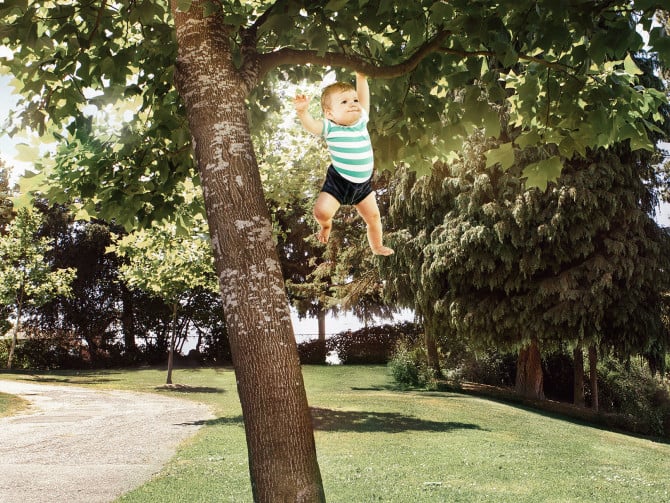 Pictures From Above Show Playful Dreams Of Children

Photographer dad composites his kids into the most hilarious scenarios