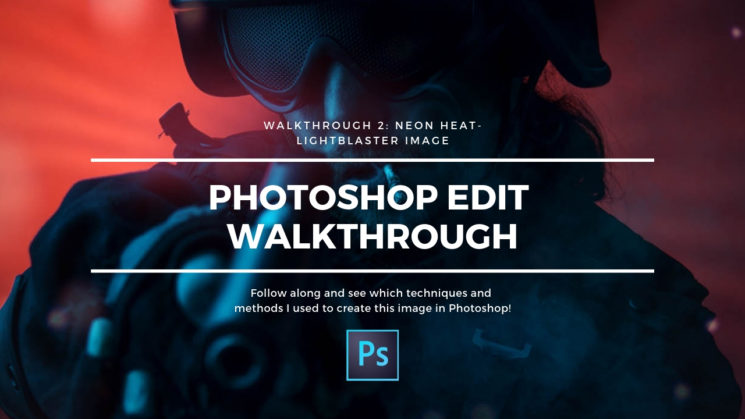 Now and again we get to play around with cool equipment that we wouldn’t normally use. I got my hands on the spiffy Lightblaster and managed to create a cool neon 80s sci-fi image which wasn’t as hard as it may sound.

As you can see from the video above on my Youtube (feel free to subscribe for more walkthroughs and tutorials) that most of the work was done beforehand in camera, using one light blaster and one gelled octa box. I set up the Light Blaster to shoot a cool orange/red pattern on the wall behind the model. I then shot some blue light directly on to the model to give it that cool neon 80s feel.

Here is the image straight out of the camera: 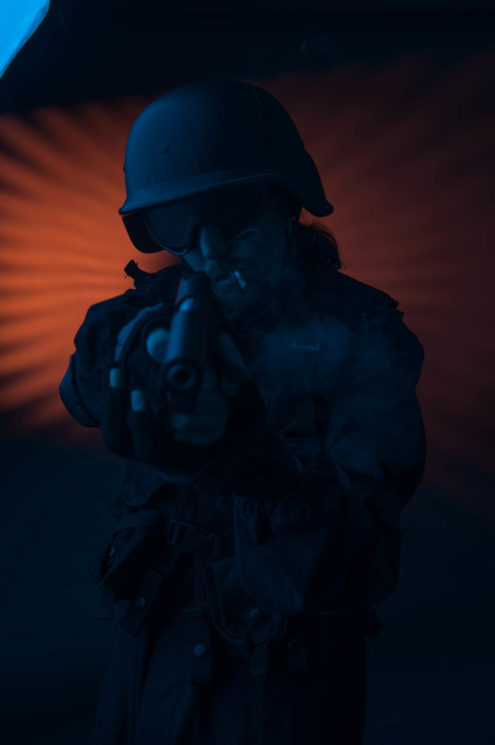 Already looking badass, but a little dark. I knew that I wouldn’t have to do too much to the photo in post. The only thing was to get that painterly 80s feeling. Dodge-and-burn was calling me. If you look closely at the SOOC image, you can also see the octa poking into the photo on the top left. If you look behind the model you can see that the Light Blaster is firing the slide onto the wall with great strength. To use the light blaster, all I had to do was attach it to a small strobe, and put a spare prime lens on the front. I did play around with different pattern slides, like this one…. 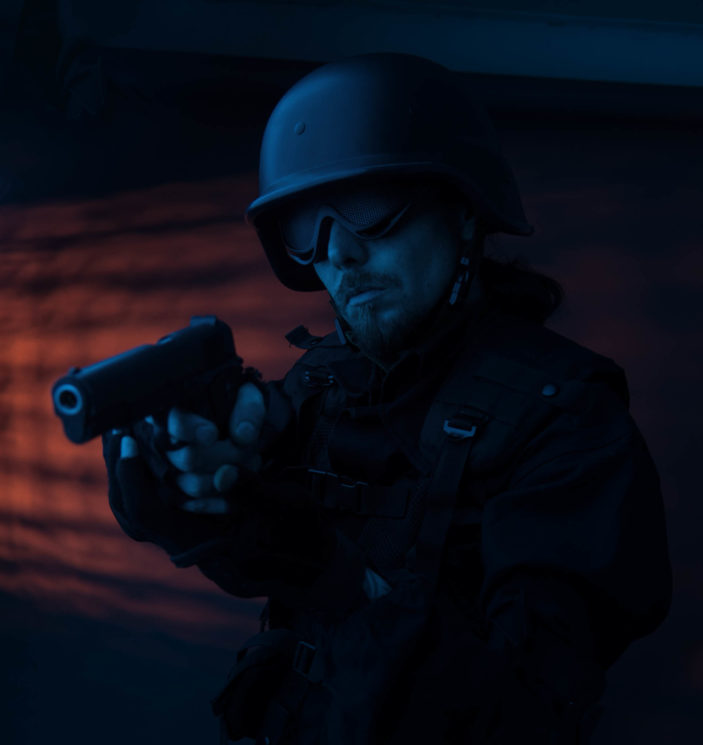 But I felt for the stylized feel I wanted the first one fit better. It reminded me of the pattern on Karate Kids bandana.

Once I brought the image into Photoshop, I pulled up the shadows in Raw and then moved into PS. You can see that in the video. Before you edit, it is always a good idea to have a little bit of an editing plan. Mine was to have it look painterly. To do this you need to dodge and burn and stylize using lens flares or other styling techniques. I went for glowing particles, which could be embers from a fire. Who knows, though, the story is left open for the viewer to interpret. 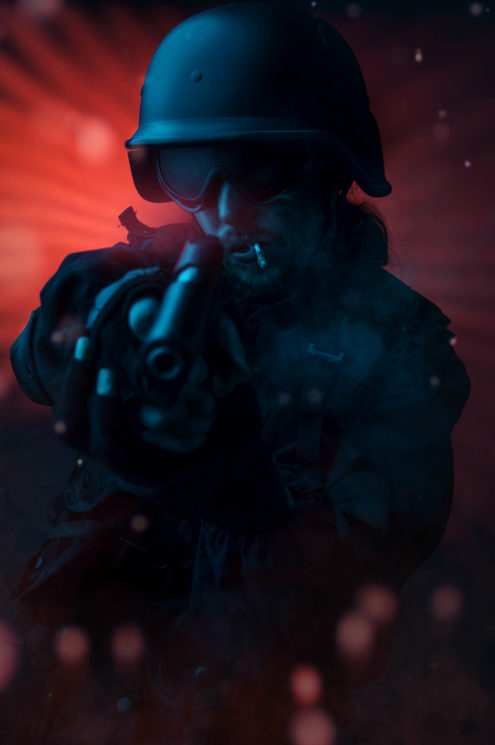 As you can see from the images, sometimes its fun to try to add something into your workflow that you haven’t used before. The Lightblaster definitely gave the image a feel that would’ve been hard to get from another flash, if possible at all? If you have used the Lightblaster in any of your images I would love to see the results, leave a link in the comments and I will check them out.

How to shoot ’80s-themed colorful portraits on a budget

How To Create The Tastiest Vintage Themed Coffee Ad

How I created a Star Wars themed image for a wedding