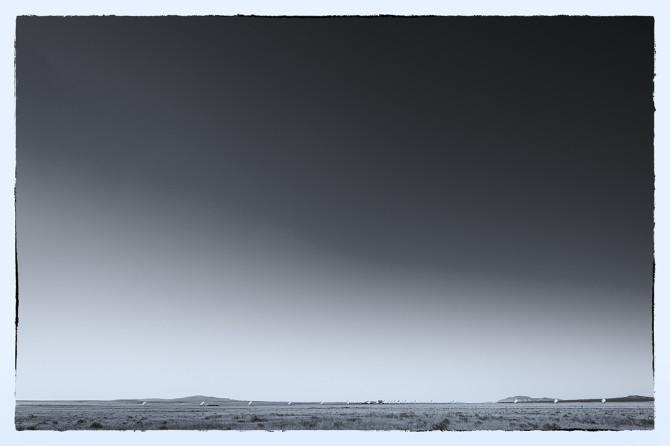 Actually envying someone by what their gear collection is – “I so wish I was him, I would be so awesome with that gear” – is more a sign of needing some professional help. Please see someone straight away.

So let’s look at number one first, the thought that you cannot shoot with your current crummy gear.

I have absolutely no sympathy for you at all. Crummy gear is better than NO gear, and it is probably better than a lot of photographers who are smoking your butt daily. Why? Because they are shooting instead of worrying that their edges are too soft if the image was blown up to the side of a house, or that awful purple fringe that no one can see anyway, or how there is a chromatic aberration when the lens is pointed at a 36 – 46 degree angle to the sun in the afternoon on alternating Tuesdays!

Worrying about gear is a form of resistance. It’s an excuse. I ‘need’ this or I ‘need’ that, and without this or that I am in no shape to make a photograph. The gear won’t let me.

The gear doesn’t care. The gear is simply that… gear.

What matters is that you take that gear and make images that move people, and express emotion, or tell a story, or show us something we have never seen before… THAT is all that matters.

I shot a Rebel on the first CreativeLIVE I taught. The same Rebel I used for a lot of my workshops. I wanted to always be the lowest tech guy in the room. It was part of my teaching that no one in my workshops thought the quality of the image was something that came along with a great camera. Making an image is light and composition and heart.

As to the second form of Gear Envy – the one where you wonder how someone so terrible can have great equipment?

They have a credit card.

{EDIT: I want to make sure we do not confuse GAS – “Gear Acquisition Syndrome” with Gear Envy. GAS is an out of control urge to collect and own vast amounts of gear for no clear reason other than it is cool. “Gear Envy” is when you think that another photographers awesome gear makes them superior photographers while your slightly dated pro-sumer is pulling you down. There is, as they say, a difference.}

Photography is indeed an art form that depends on some form of gear to create our final work. And that gear can be extravagant and expensive or simple and inexpensive. The resulting image doesn’t care where it was created, only that it WAS created.

Now before you go off thinking I don’t like great gear, well… nothing of the sort. I LOVE great equipment, and work quite hard to keep my gear in excellent condition. They are my tools, and therefor they are an extension of my own hands. And eyes.

But I don’t give gear as much power as the manufacturers think I should. I give the power to the photographer who can make images, good images with most anything you give them because they ARE photographers.

Don Giannatti is a photographer and author based in Phoenix, Arizona. He runs the Project 52 Pros workshop for aspiring commercial and editorial photographers. You can visit his website here, online portfolio here, and his wonderful lighting essentials here. This article originally appeared here, and is a part of a broader “What I’ve Learned So Far” series which you can start reading here.

Why Envy Any Other Photographer?

Seven essential life skills I learned from photography
« Brain Scan Shows How 14 People Would Like To be Photoshopped To Perfection
It’s Only Magic If You Know How To Use It; Getting The Most Out Of Magic Hour »