How would like to be photoshopped given the opportunity to give your face what your heart desires. Note that your heart and your head do not always desire the same thing.

This is exactly the question that photographer and psychologist  Scott Chasserot was out to find out by combining Photography, Photoshop and Brain Scans. He dubbed the project Original Ideal.

Chasserot hooked up 14 subjects to brain scans while showing them various photoshopped versions of themselves. The original photo was taken as “cleanly” as possible. The subjects were shot expressionless with their hair out of the way against a gray backdrop.

The subject is presented with versions of their own portrait manipulated to change their facial features. They are then presented with these versions while attached to a brain scanner in order to determine which version they prefer

The next step was to create dozens of variations on that original portrait. Those versions were made to either go with or against the canonical standards of beauty: eye size was increased or decreased, pupils changed, lips narrowed or widened, cheekbones accentuated and so on.

After creating those version each subject was fitted with a brain scanned made by emotiv, and shown the various photoshopped files. Having a direct brain feedback allowed Chasserot to gauge the subject’s “liking” of the photo without asking them. In theory this should provide a more accurate feedback.

The last step was to create a series of side by side portraits that shows the real face coupled with the version that evoked the most positive response. 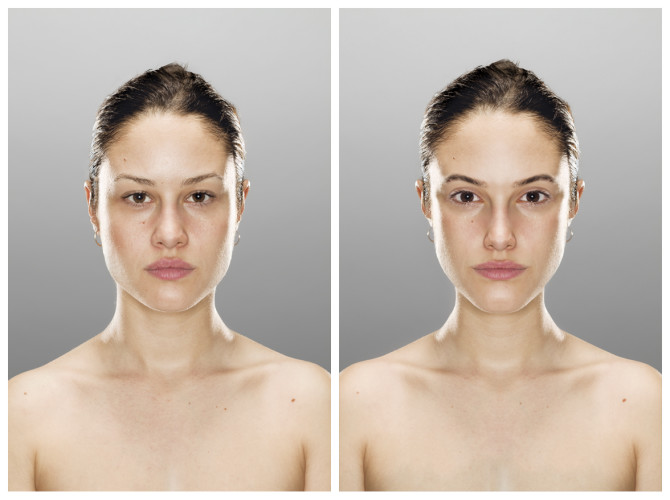 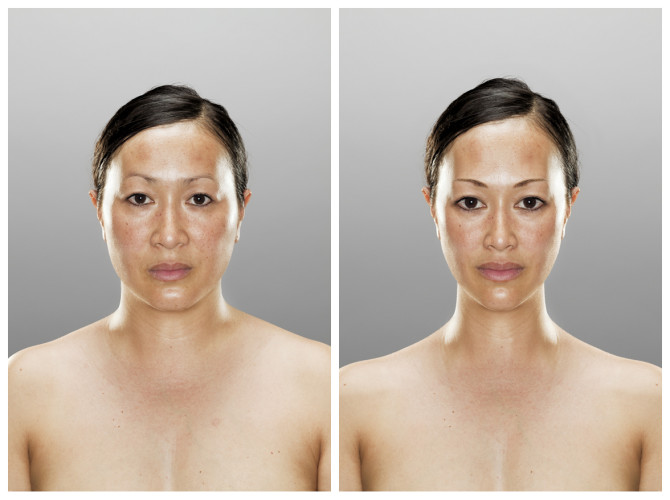 While you may think there is a set canonical features that everyone would like to have, Chasserot tells Wired that the results were not conclusive:

I had my theories as to what might happen, such as that most people would prefer a version loosely adhering towards the established canons of beauty…

…Some of the choices are surprising. One woman chose a slightly disheveled portrait as her ideal, a choice Chasserot attributes to a flaw in his approach to photo retouching which was later re-calibrated. Another outlier features a young boy with comically large eyes….

…I could only speculate, but it’s true that I would love to prove that the boy preferred huge eyes because he loves manga cartoons. I’ll let you know once I can…

That said, there are definitely some features that are common between the various favorite alterations.

The high cost of perfection

Your brain is seeing these colours wrong and here’s why

« How to Find Good Light for Portraits Even at Midday
What I’ve Learned So Far: Seven; Gear Envy Sucks »