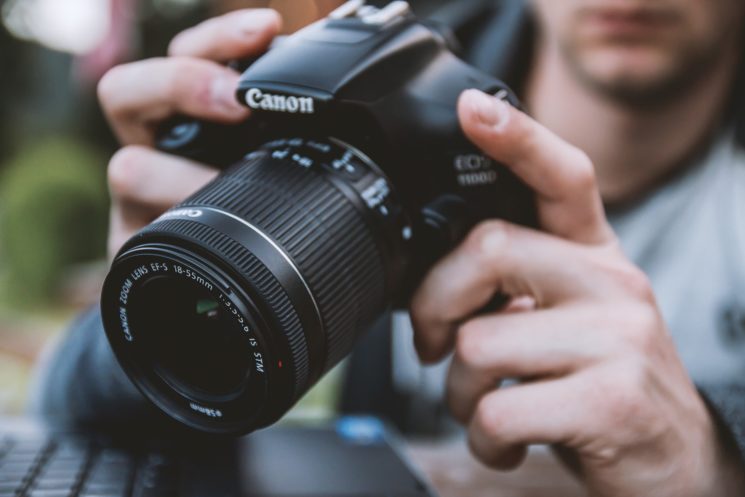 Sometimes it takes only a day or two to return stolen camera gear to its owners. But other times, it takes a bit longer. Ten years longer. A decade after her DSLR was stolen from her apartment in downtown Winnipeg, marine biologist Kristin Westdal got it back. And the funny thing is – she is now giving it away.

As CBC writes, Westdal recently had a surprise knock on her door. It was a police officer and he was holding her long gone Canon EOS Rebel XT. Surprisingly, it was in great shape and nothing was missing. The 18-55 mm lens, UV filter, memory card, battery and the strap – everything was there. However, Westdal has reportedly replaced her DSLR twice so far. Therefore, she decided to give away her old DLSR.

“I just got thinking about all these up-and-coming scientists and people interested in working in biology and I thought a camera is something people could really use in that environment, so I wanted to give it away to somebody who could use it.”

So, Westdal tweeted a photo of her recently retrieved camera, offering it to any “naturalist, scientist or small not for profit.”

Are you a budding naturalist, scientist or small not for profit that could use a camera? Years ago my DSLR was stolen and it was just returned! I have long replaced it so I want to give this one to a happy home!

All you need to do is follow her and leave a comment on her tweet. She will select the winner today at noon, so if you fit the description, you need a bit more time to enter.

I find this story rather incredible. As Westdal told CBC, she couldn’t believe that the police found her camera after so much time. She explains that she gave the police its serial number after it was stolen. They kept records, and when the camera recently appeared at a pawn shop, they identified it as hers.

Westdal says that the SD card had photos on it, and they were made by the person who owned the camera before it was returned to its rightful owner. Still, she decided to wipe it clean for the camera’s new owner.  She admits that started to look at a few of the photos but then decided to just delete them all. “I didn’t want to see them — the person who had the camera last wasn’t necessarily the person that stole it.”