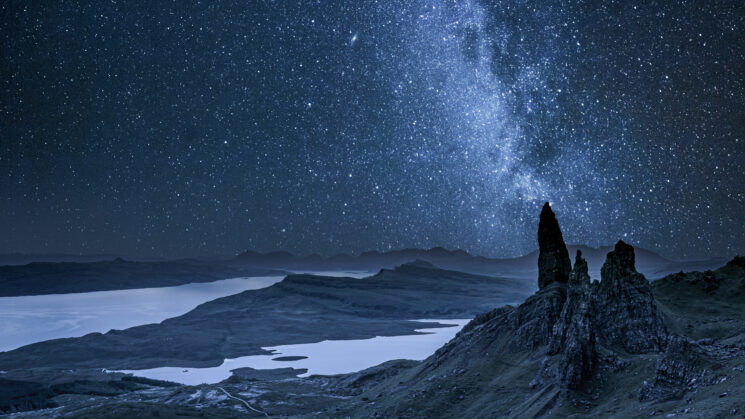 Great news for any UK based astrophotographers, or indeed for anyone travelling to the UK who wants to photograph the night sky. The night sky over Great Britain is currently the least polluted light-wise than it’s been since 2011, according to a recent survey.

The survey was carried out by countryside charity CPRE which has been measuring light pollution for the past ten years. Amounts peaked prior to the covid-19 pandemic in 2020 and then subsequently dropped, as you might expect. However, light pollution levels haven’t yet returned to those pre-pandemic levels.

Reasons for this could include that there is still a sizeable number of people working from home and the recent uptick in energy bills and cost of electricity. While this is squeezing a lot of households, it actually is a good thing for anyone wanting to view the night sky and also for wildlife.

The CPRE survey consists of a star count. Each year they ask volunteer ‘citizen scientists’ to count stars for a week all on the same dates. They were specifically asked to look for stars within the Orion constellation, which is easily recognisable due to the ‘belt’ of 3 stars. Severe light pollution is classified as seeing fewer than ten stars in the constellation.

It has never been clearer how simple it is to cut carbon emissions and energy bills while improving our natural environment’
-Emma Marrington, CPRE Dark Skies campaigner

Unsurprisingly, the darkest skies happen to be in mostly rural, sparsely populated areas such as much of Scotland. It also happens to have some of the UK’s most spectacular scenery if you’re into wild landscapes. However, as our resident Scottish based editor pointed out, cloud cover in this part of the world is still a major hindrance to astrophotography, so checking a quality weather app is imperative before you head out of doors.

Light pollution is not just a problem for astronomers or night-sky photographers, however. Severe light pollution can have a negative impact on wildlife and on our own circadian rhythms. The CPRE even states that research has shown that regularly spending time looking at the stars can lower blood pressure and reduce depression.

If you’re not able to take advantage of the UK’s relatively clear skies, you can always use a light pollution filter or use the dark site finder to find somewhere closer to home to see some spectacular starry skies.