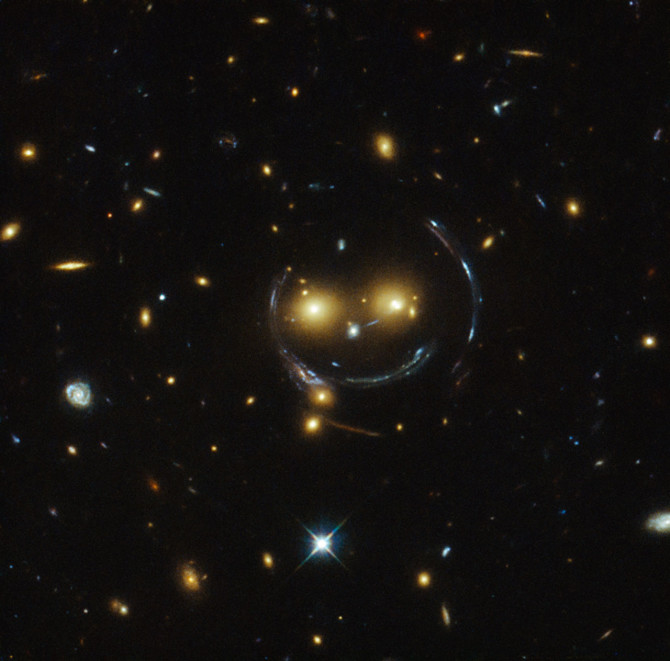 There’s a saying that goes “Smile, and the world will smile back”. In this case it was the universe that smiled back, as the Hubble Space Telescope photographed deep space galaxies.

The smiley in the photo appeared thanks to a cosmic lens which was created due to warped spacetime (English explanation below).

Photographed at least three years ago, The Hubble team processed the photo after the smiley face was spotted during a public contest.

The European Space Agency explains that the arcs around the galaxies are caused by an effect known as strong gravitational lensing:

“Massive structures in the Universe exert such a powerful gravitational pull that they can warp the spacetime around them and act as cosmic lenses which can magnify, distort and bend the light behind them. This phenomenon, crucial to many of Hubble’s discoveries, can be explained by Einstein’s theory of general relativity.

In this special case of gravitational lensing, a ring  — known as an Einstein Ring  — is produced from this bending of light, a consequence of the exact and symmetrical alignment of the source, lens and observer and resulting in the ring-like structure we see here”.

The smiley face is part of a photograph that was captured several years ago by Hubble, and was spotted by Judy Schmidt during the Hubble Hidden Treasures contest.

Inviting the general public to dig through their vast archives, the contest aimed to get the public’s help in finding unusual sightings or scientific findings that have previously gone unnoticed. Each week a winning photo was selected and processed by the Hubble team.

The processed photo by NASA/ESA can be seen above, and below is the photo uploaded to the contest by Schmidt. 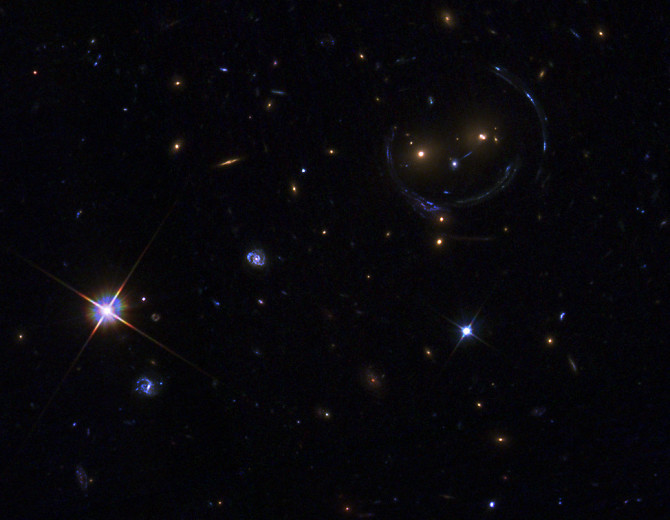 It is easy to see how so much gets missed, considering the telescope has made over one million observations and produces around 300-400GB of data each month.

Have a look at Hubble’s Pillars of Creation for more amazing space photos.