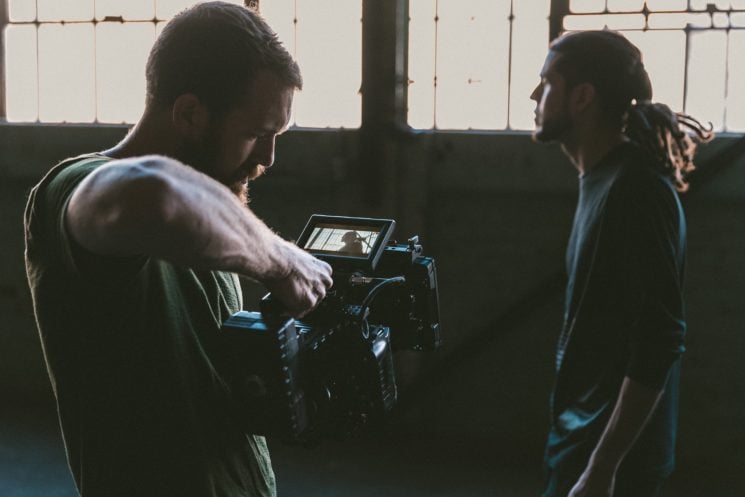 B-roll adds value to your videos and makes them more dynamic, and there are plenty of ways to shoot an epic one. One of the most common tips is to stabilize your camera, be it with a gimbal, a steadicam, a slider, or even a tripod. However, you can get a pretty awesome B-roll sequence even handheld. Josh Yeo of MAKE. ART. NOW. teamed up with Tommy Callaway to do it, and they ended up with some interesting footage. In this video, they take you behind the scenes to show you how they did it and inspire you to try something similar yourself.

The guys were shooting at fast shutter speeds because they used a high frame rate. This is why they needed a lot of light: they used an Aputure 300D with a softbox for the key light and an unmodified Aputure 120DII as a kicker light.

The video is packed with creative in-camera transitions, and it takes some planning ahead if you want to incorporate them. As for stabilizing your camera, there are a few tricks to do it without a gimbal. Make your camera heavier, as it helps to move it more smoothly. Hang the camera strap around the neck and hold the camera as far from the body as possible. This way, you’ll get the third contact point and make the footage more stable. The footage most likely won’t be completely shake-free, but you can apply warp stabilizer in post and make it just right.

So, although using a gimbal is certainly a good idea, it’s not necessarily a must. In other words, don’t feel desperate if you don’t have one, because there are still ways to shoot a pretty awesome B-roll even with the camera entirely handheld. And I sure hope Josh and Tommy’s video has inspired you to try!

How to recreate the epic Stranger Things opening sequence

« How to spend $1,000,000 on photography gear at B&H this Black Friday
Panasonic has sold its semiconductor business for $250 million »