Few months ago I released an Eccentric Pyromancers promotion picture for Andrey Das, Kev and Laury new performance (you may recall other photos done for the show by Benjamin Von Wong that were taken a few days earlier). 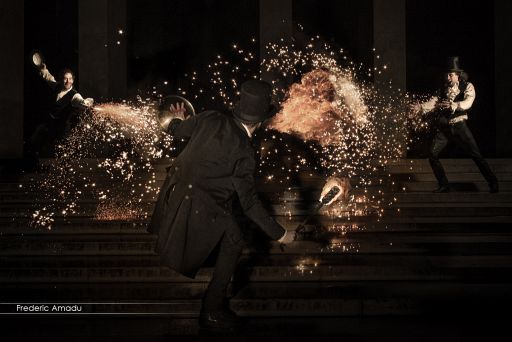 The meeting was at Paris, an April night, Palais de Tokyo during a very hard rainy/windy night… I didn’t know that it will be one of my most Epic shoot session!

The idea was to create a pyro/fire fight with three players:

The first step was roughly estimating the location of the characters. I set my Canon 5D and 24mm lens on a tripod and sketched the scene. 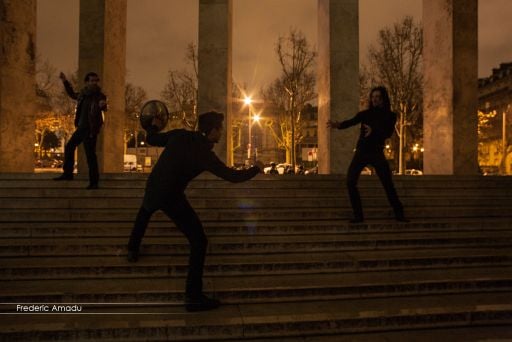 Once we had the general concept under control, we prepared the ingredients needed for image mixing: flashes, pyro, fire breathing, rain, wind and … a little bit of madness!

I used a Metz 50 AF speed light off camera, diffused by an umbrella and triggered wirelessly with a CactusV5 system.

Using only one set of lighting gear (speedlight + umbrella) I had to shoot each of the characters separately and compose them later in post production.

This is why after starting the shoot, the camera stays on the tripod and never (NEVER!) moves. Even the slightest movement will un-align the photographs and make composing a nightmare.

I also took special care to make sure that the light direction is coherent across all the images. Otherwise the human brain understand that something is not right and calls out the composition.

So for all the photographs, the light came from the upper-right hand corner of the scene and all were shot with the same parameters: 1/200, F8.0 @ ISO 200 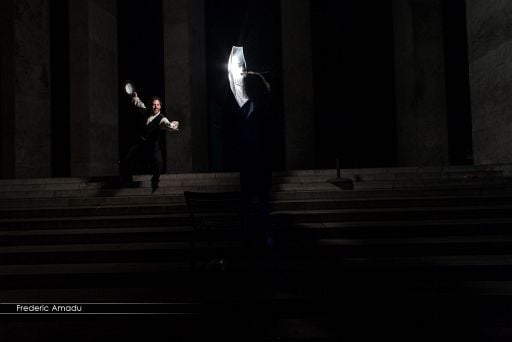 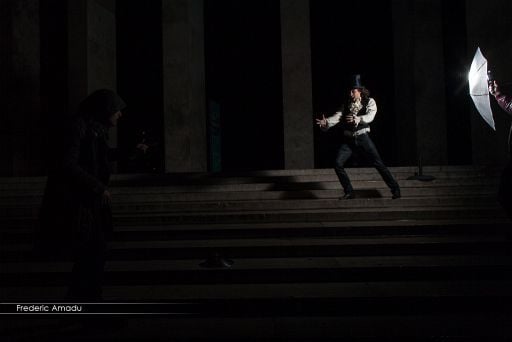 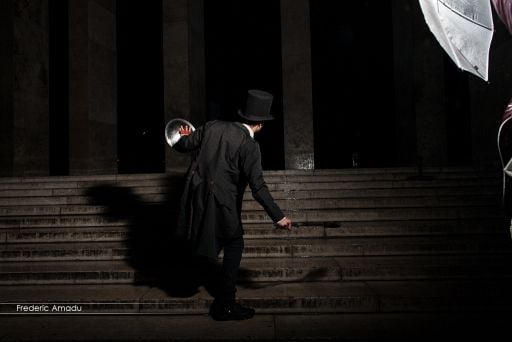 Since the camera position and settings remained the same for each photograph, the perspectives, light, and background feels real and natural.

Then, the 3 best shots were merged all together just by using mask & fusion. 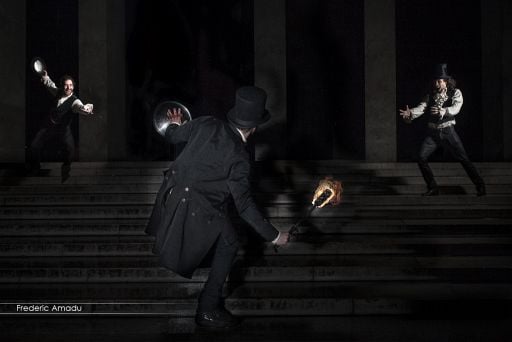 After shooting the basic staging, we started shooting the pyrotechnics additions (yup, don’t try this at home)

The idea was to simulate a fireworks vs fire breathing clash on the right. To do so, we used a wood plank held by Kev or Laury: On one side Laury shot pyro against Kev (hidden behind the plank) and on the other side Das fired against Laury (who is hidden too).

During this operation, the camera remained stationary on the tripod so composing in the fireworks to would be easy.

For the fire breathing photographs, the shutter speed must be under  1/1000 to get the beautiful micro explosions in the flame. Any higher and it starts to blur.

For pyrotechnics… it totally depends on the pyrotechnic tool and the effect you’re going for. To freeze the fire and sparks you have to set the shutter speed to as fast as possible. There are only a few seconds of “fire activity” and you wanna try and get more than one good shot. The settings here were 1/1250 F5.6 @ ISO 800 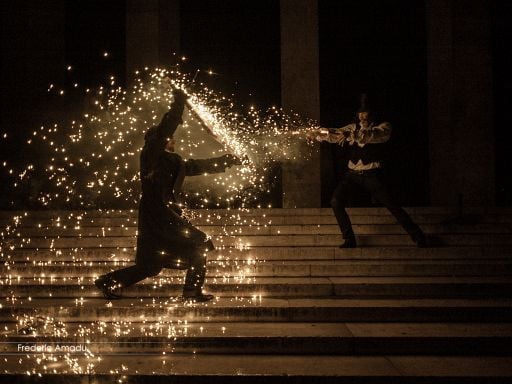 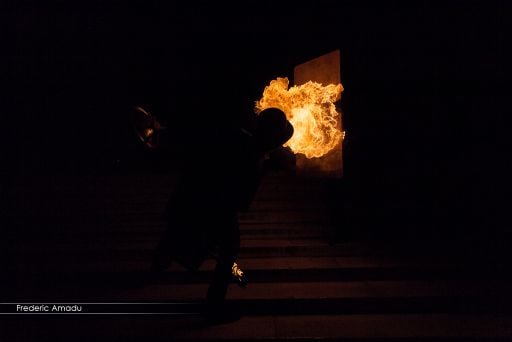 On the left, we just used a roman candle and a lid held by das as a shield. 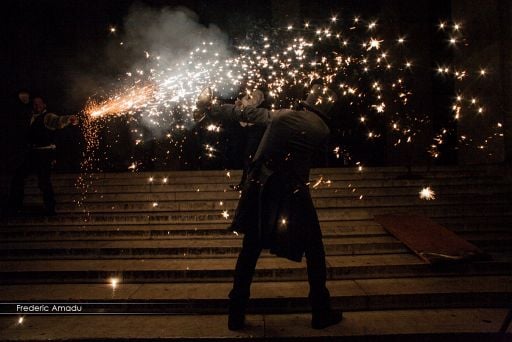 Back home the post process consisted mostly of making in the people and fire from each shot into one single image.

To ease the mix, I used the lighten blending mode as the fire and pyro are the brightest part of the scene.

P.S. Frederic made another fire fighting themed shoot with Street Fighter characters. You can see the results and tutorial here.