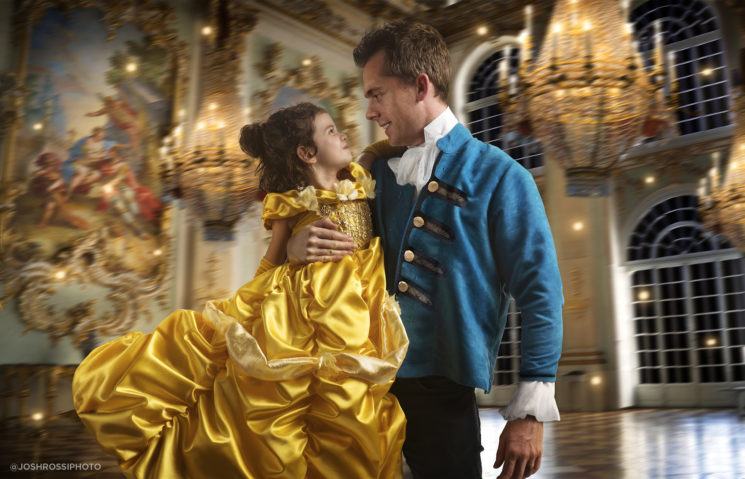 Dads love their daughters and there’s nothing they wouldn’t do for them. And Josh Rossi, dad and photographer, combined the love for his daughter with the passion for photography. He made his three-year-old daughter’s dream come true with his photographic skills, lots of Photoshop and even more love. He turned his daughter Nellee into Belle from Beauty and the Beast. Maybe you remember him from  a few months ago, when he turned his daughter into Wonder Woman.

Josh traveled all over Europe to take the perfect shots. Later on, he did a photo shoot with Nellee and brought all the images together. It took a lot of time, work and patience, but it gave truly fantastic results.

Josh says he wanted to recreate the Beauty and the Beast for two reasons: first, it carries a strong message of true love and accepting people for who they are. And second, he wanted to create something for Nellee to keep forever, something that shows his love for her and the fun relationship they have. And this was quite an adventure for him.

It took Josh one week to take photos for the series. He traveled all over Europe during this time and photographed 3 castles, 5 cities and several villages along the way. It was hard to get the perfect shooting conditions, as it’s pretty cold (and dark) in Europe at this time of year. When he arrived to Neuschwanstein Castle in Germany, it was under construction and covered in fog. But in the end, he managed to take the shots he needed. 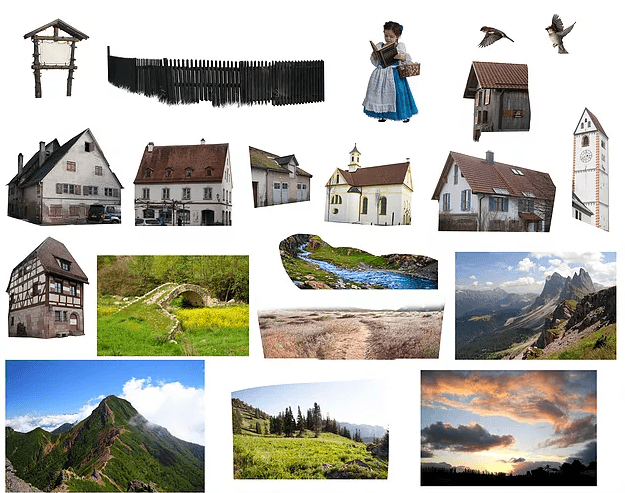 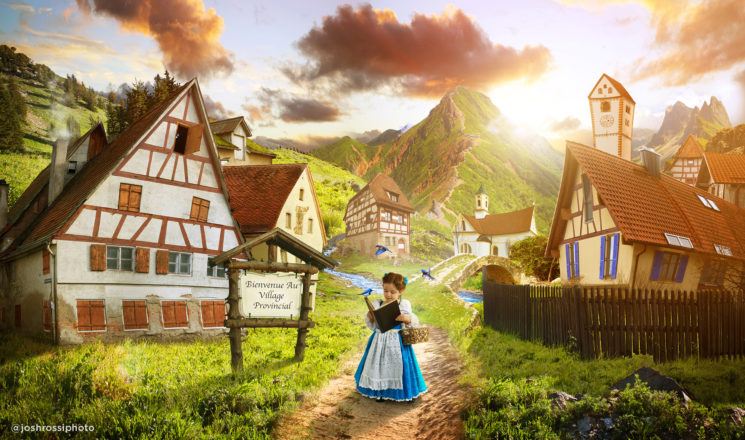 In addition to the shots of castles, villages, and cities, Josh made a photo shoot with Nellee. She was very excited, and her favorite part was putting on the yellow dress and dancing with her dad, or “the Beast”. He even had the dress custom made, and Ella Dynae made it for little Nellee. Just like Josh, she did a great job.

As you can guess, after all the shooting was done, it was time for some Photoshop magic. According to Josh, the most difficult part was changing the time of day. The castles were open during the day, and he needed nighttime for the shots, so he needed to make it look like it was night. 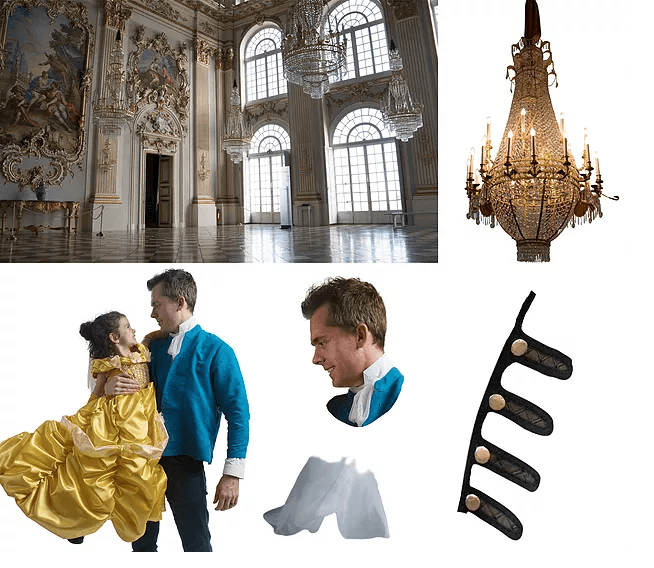 Tale as Old as Time – Before Images

Tale as Old as Time – the final result 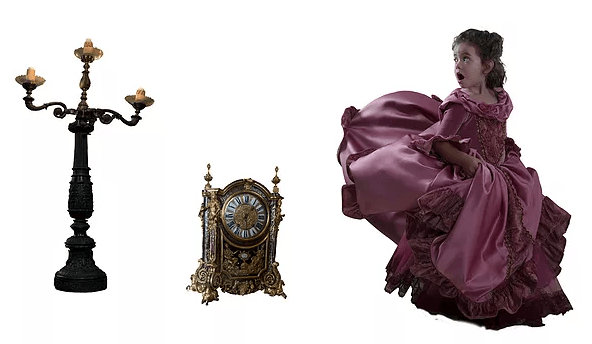 Escaping Into The Forest – Before Images 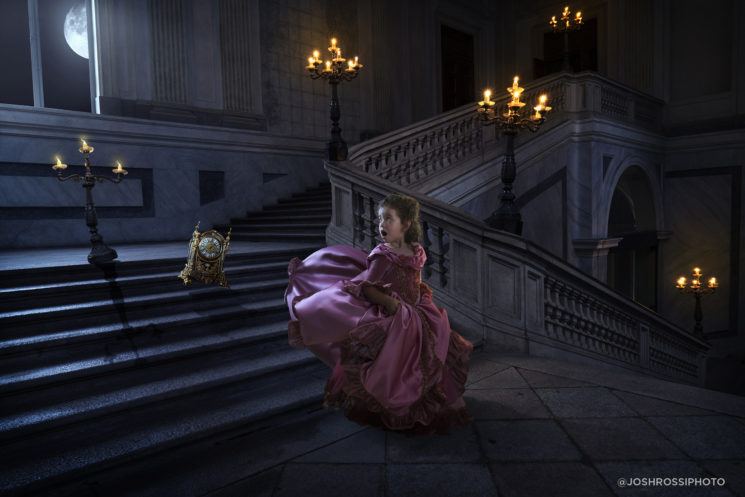 Escaping Into The Forest – the final result

When the photos were done, Josh even surprised his daughter for Valentine’s Day. He made her a giant print of the two of them dancing as Belle and the Beast. You can see Nellee’s reaction here, but beware of those sneaky ninjas cutting onions. :)

It took a lot of effort and devotion to prepare everything, do the photo shoot and post-process the images. But the results were definitely worth the effort. The three-year-old Nellee was thrilled, which was Josh’s main goal. But what’s also important (and wonderful) is that Josh has inspired other photographers and dads out there to spend more quality time with their kids, to let themselves be childish and let their creativity go wild. After all, imagination and creativity are the best way to connect with kids and to reconnect with our inner child.

Josh Rossi is a commercial photographer born in Florence, Italy and based in Miami, FL. If you want to find out more about his work, check out his website. He also shares Photoshop tutorials on the website Full Time Photographer, and you can also follow him on Instagram and like his Facebook page.

You can read more about the project here, and make sure to follow his pages for more of the images from this series.

« How to make a DIY DSLR mount for your microscope
Watch: passenger opens a tiny plane window to take a photo, camera flies right out »