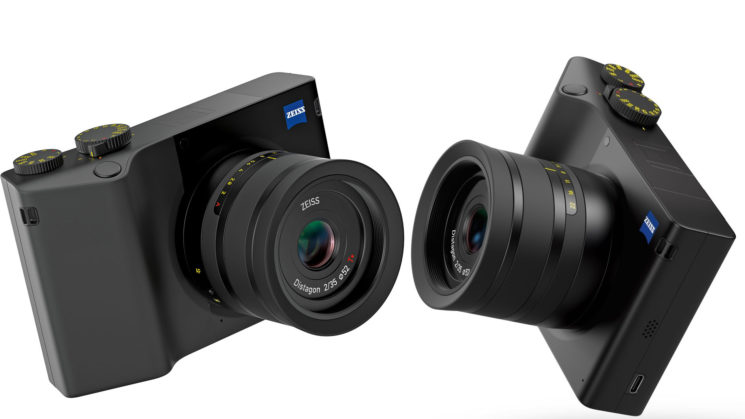 It’s been a bit of a journey for the Zeiss ZX1. Announced in 2018, teased in late 2019, and released last year (that feels weird), it’s a fully integrated camera, with a 37.4-megapixel full-frame sensor, built-in Zeiss Distagon 35mm f/2 T* lens and 512GB of internal storage. It shoots 4K UHD video at up to 30fps and 1080p up to 60fps, features built-in WiFi and Bluetooth and it’s powered by Android.

That last feature is possibly the most interesting thing about this camera, as it means that it can run Android apps. Apps like the bundled Lightroom CC that allows you to edit your images in-camera and share them straight to social media and your other devices. The folks at DPReview TV took one for a spin to show exactly how it works.

It’s a slick setup, especially when you want the convenience of Lightroom on your phone, but without having to carry your phone (sometimes you just want to cut yourself off from the world) or dealing with the hassle of transferring images over from your camera to your mobile device over WiFi (which can take forever with a lot of big files).

It’s not going to be the ideal solution for everybody – certainly not at $6,000 – but it’s a great way of working if you’re regularly shooting for social media and want to get your images out in front of an audience quickly. I think if such capability were to come to a sub-$1,000 camera, especially if it had interchangeable lenses, then it could potentially become the ultimate behind-the-scenes camera.

And that functionality may come, as more types of devices that aren’t smartphones jump on the whole “powered-by-Android” train. I’ve got a 360° camera and a 3D printer here that are both powered by Android and they work great, offering features that you wouldn’t easily be able to get with a more proprietary system. And with as bad as most camera companies are at making software, you’d think they’d welcome it.

Until then, I’ll stick with memory cards and WiFi.

The Zeiss ZX1 is available to buy now for a whopping $6,000 and is already shipping.