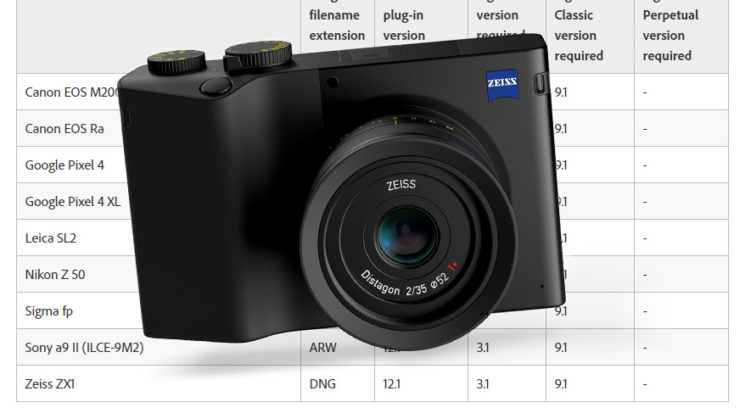 It’s been a minute since we last heard anything about the Lightroom-powered Zeiss ZX1 camera. Almost a whole year, in fact. It was first announced rather quietly at Photokina 2018 last September followed by a brief hands-on in December, but since then it’s been radio silence.

Now it looks like it might be one step closer to actually being released after support for its DNG files was added to the latest Adobe Camera Raw 12.1 update. 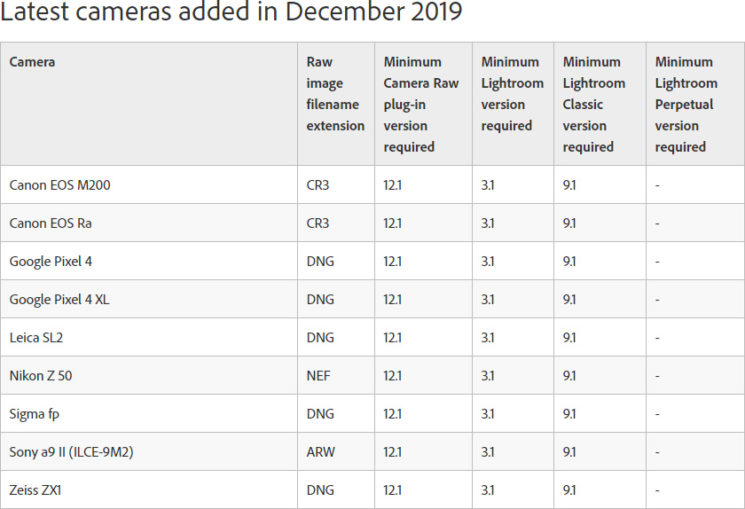 In amongst the familiar names like the Sigma fp, Sony A9 II, Nikon Z50, Leica SL2, Canon EOS Ra & M200, and even Google Pixel 4 phones, there the little Zeiss ZX1 sits at the bottom of the list. As an aside, you can see the complete list of cameras that Adobe Camera Raw supports, and the minimum version required for each here.

As a reminder, here are the specs for the Zeiss ZX1 camera. The Zeiss ZX1 website still matches these specs, so it doesn’t sound like it’s had any revisions or alterations since the initial release.

It’s an interesting and somewhat unique camera. It’s not that the specs are anything all that special, especially now, over a year after the initial announcement. But what makes it interesting is that it actually runs Lightroom CC inside the camera itself. Needless to say, it gathered a lot of interest – at least in finding out how it works, even if not to purchase it. 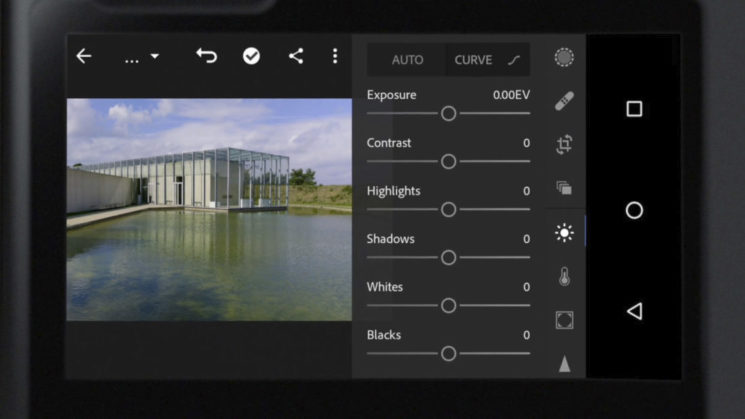 While Zeiss is still yet to make any new announcements about the ZX1, the fact that it’s now supported in Adobe Camera Raw suggests that we might see it soon.

It’s possible that we might hear something in the new year, although I think the most likely date for an announcement might be in May on Zeiss’ home turf in Germany at Photokina 2020.

There’s still no word on a price, but we’ll keep you posted when we hear more.