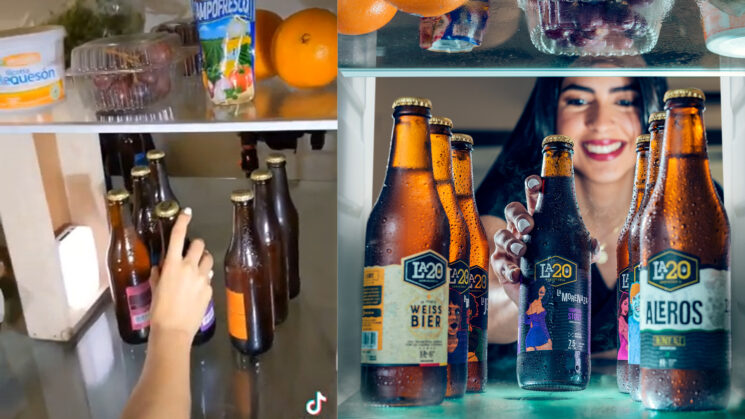 You know those beverage photos that show someone reaching for a cold drink, shot from inside of a fridge? Those are the photos that make you think “Hm, I suddenly feel like an ice-cold beer.” Or soda. Or whatever your drink of choice is.

Photos like that are not as easy to take as cracking open a cold one and drinking it on a hot July afternoon. The setup may require some DIY magic, and Honduran photographer Edin Trinidad knows a neat trick. He has shared with DIYP how he made a fake inside of a fridge that gave him enough room to take great beverage shots!

An agency asked Edin to take the photo, and he realized it was going to be quite a challenge. “When the agency asked me for the photo, I didn’t know how I was going to do it,” he tells DIYP “I don’t have a small camera, I thought perhaps a 360 camera would have been useful, but I saw the possibility of solving it in a different way.”

Of course, there was no way for Edin to not put his Sony A7II in a real fridge because it would have been difficult not only to take photos but also to review them. But he simulated the fridge using a simple solution: two shelve and some wooden boxes.

“I used two wooden trays to place a shelf,” Edin explains. “The shot was going to be a close-up so I made sure all the bottles were in the scene. The stuff on the other shelf were just filler, simulating what we usually have in a fridge, so the composition was going to be convincing and realistic.” In the video he posted on TikTok, you can see what it looks like.

Once he found the composition, he realized that he needed to simulate the fridge’s internal light. Easy-peasy: he used two Ulami43 pocket led lights, one on each side of the “fridge.” He also added two Godox SL60 flashes to illuminate the bottles from behind, and a Godox AD200 flash at 45 degrees towards the subject’s face. The camera setup was ISO 250, f/5.6, ​​1/80s. Here’s the scheme so you get a better idea: 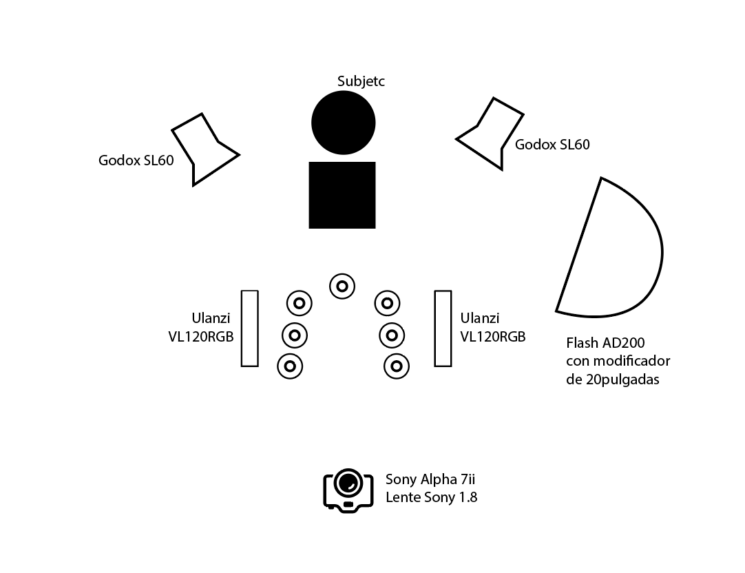 But there was one more detail: Edin adjusted the light temperature. The inside of the fridge appeared blueish and cold, and the light on the outside was warmer. Now it’s perfect! Or is it?

Edin’s 9-year-old daughter said that the fridge would look more realistic with white walls that it normally has. So, he decided to add those in post as well. “She told me ‘Dad, but to make it look like a fridge, you need white walls’,” Edin tells DIYP. “Yes, she is my art director, “he concludes with laughter. 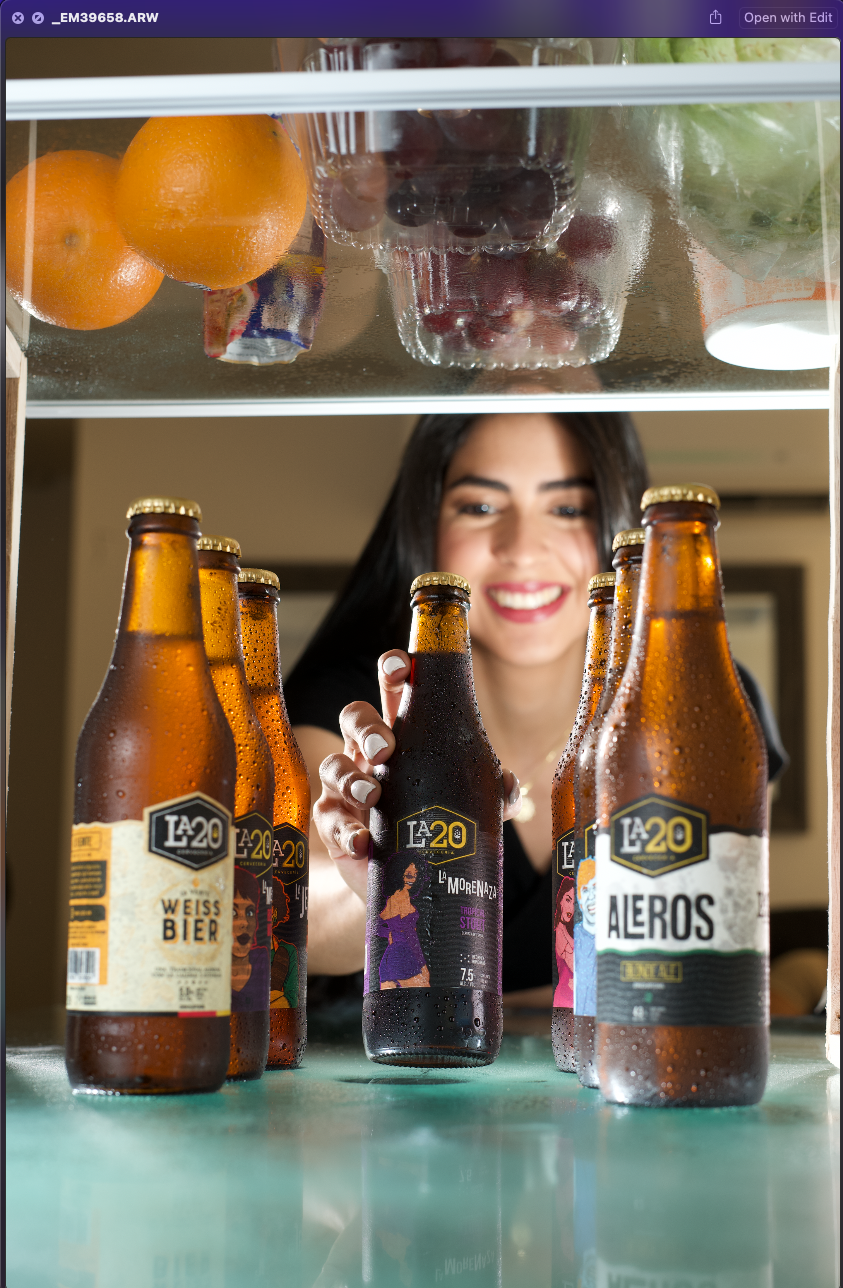 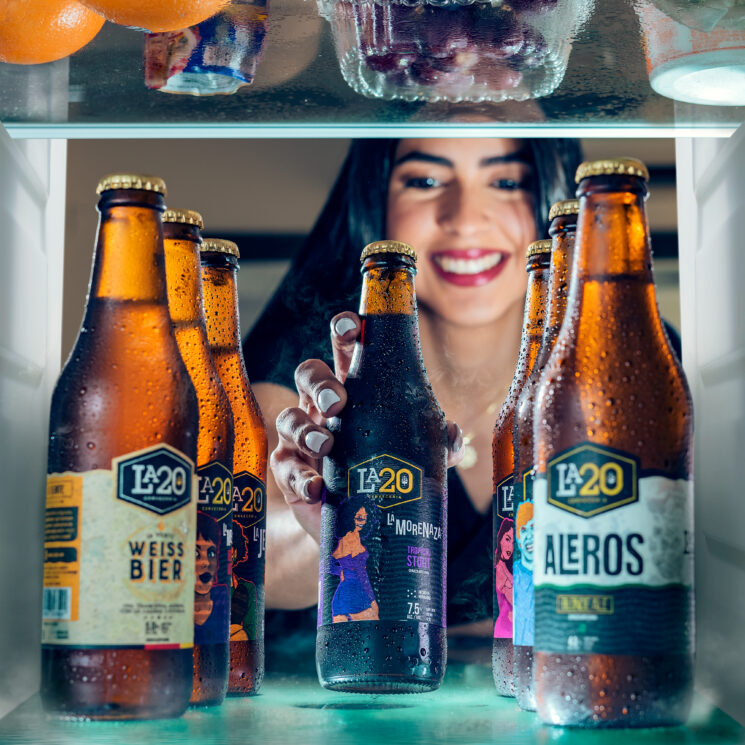 Let us know if you try something like this, I’d love to see your results. Here and here you’ll find some useful tips for making the beverages in your photos appear fresh, cold, and appetizing.

« This DIY USB camera features interchangeable lenses and sensors, and is completely open source
This DIY 3D printed adapter lets you use your speedlight softboxes on Bowens mount strobes and LEDs »