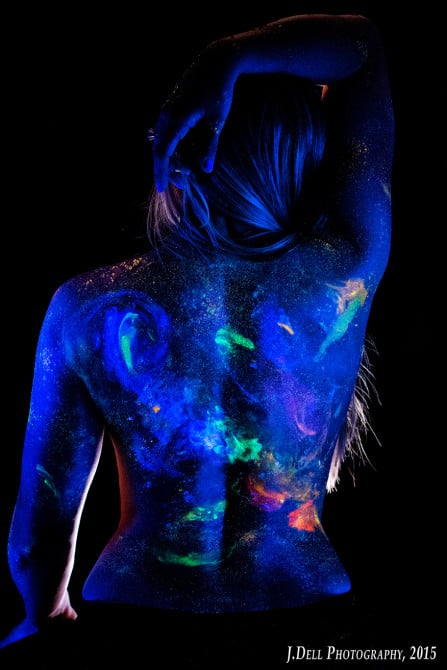 Here is a fun concept to try if you are looking for creative ideas, playing with Black Light. This project from J.Dell Photography shows how creative you can get on a low budget, if you put your mind to it.

The team used Black Lights from Home Depot (similar to these: small | big), which are pretty low wattage but can still be used as long as you have enough of them.

We asked Jason what did he use to create the drawings, and actually, we were a bit surprised on how available this stuff is:

we also asked about lighting and Jason shared that:

…each shoot had a slightly different lighting setup.  Although each setup was just a variation on a theme.

Because of the low wattage of the lights used, I had to double up the key and hair lights.  The fill light was still a single black light.

The biggest variation was how I feathered the lights.  All lights were in a typical setup.  Key was thirty degrees off camera right.  Fill was only about 15 degrees off camera left and the hair lights were attached to an I Beam running through the basement right above the model. The I beam was nice because it allowed me to position the lights directly above the models and let me to get as close as possible.

The other lights were positioned as close as possible to the model so that I could get maximum coverage.

Even with the amount of lights I still had a problem catching a focus and most of the time the model couldn’t even see me.

For the starfield shoot I did use a flash with a gel so that I could get the outline in color around the model while still keeping the blacklight look.  Any other information? 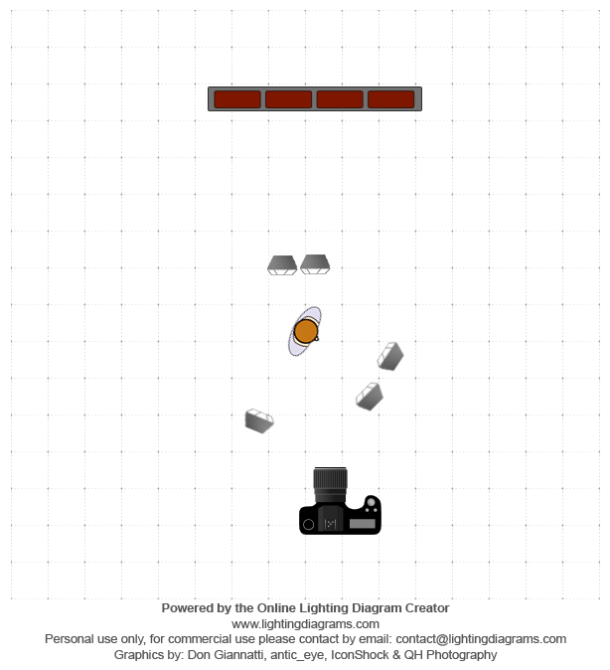 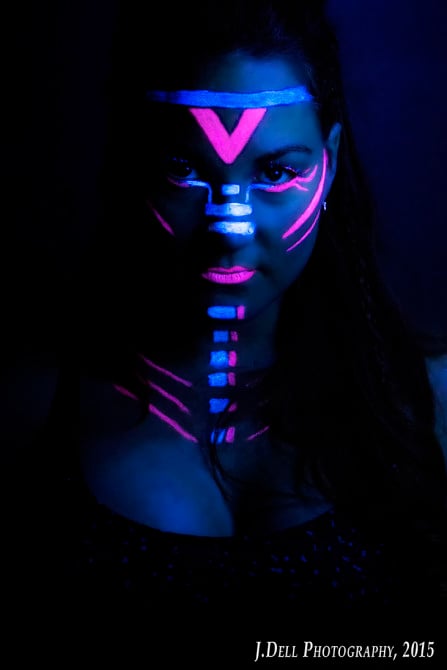 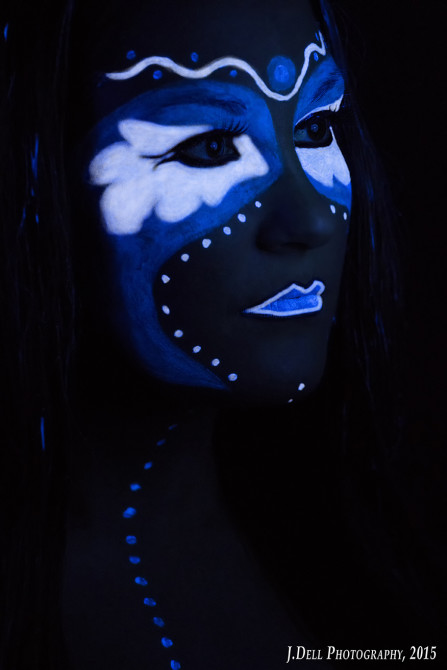 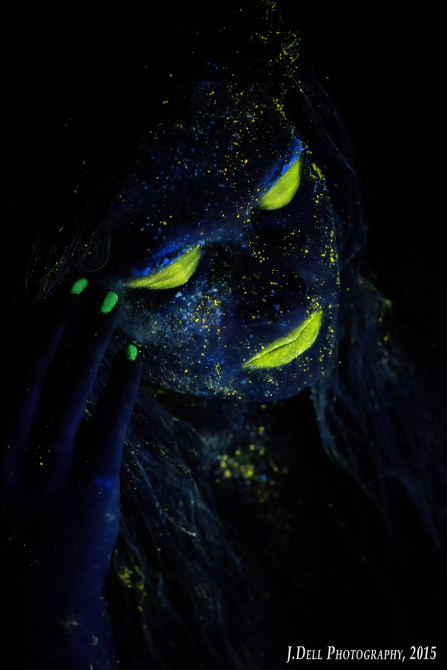 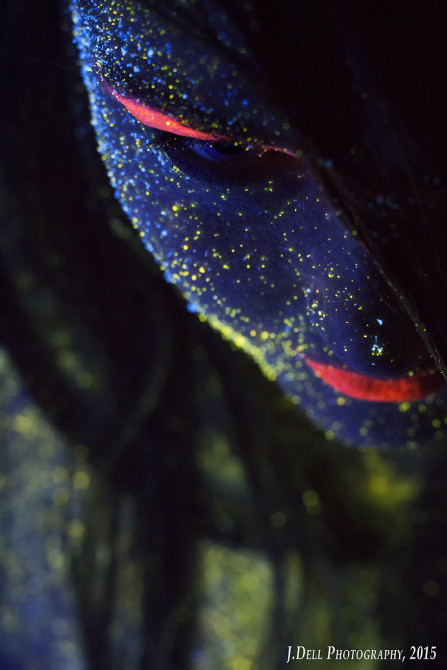 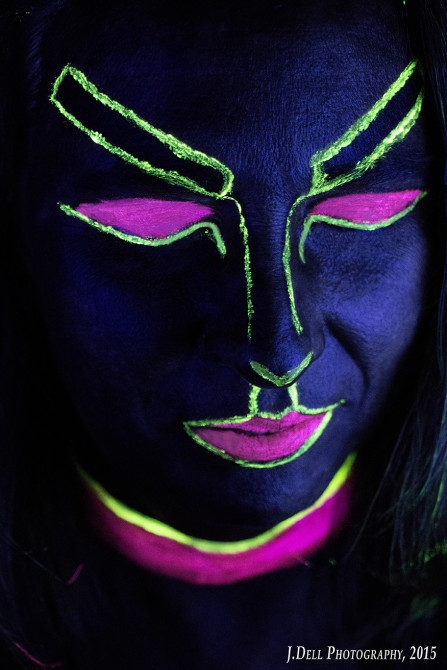 You can see more from this shoot in J.Dell Photography page.

P.S. if you are into Black Light, here are two more resources you should check, either super low budget, or super high budget

« Daredevil Snaps From The Tallest Residential Building In The World
Infographic: 8 Things to Check Before Taking Your Drone Airborn »