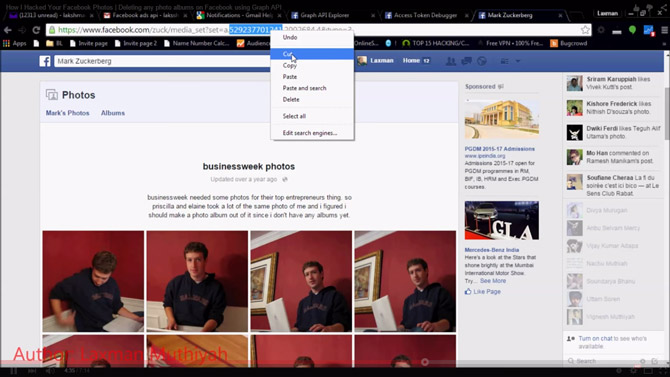 There are millions of photos are posted to Facebook every hour and a large part of the people posting the images don’t even think twice about just how secure the social media giant is going to keep to their images once they are uploaded. That’s exactly why the bug discovered by white hat hacker, Laxman Muthiyah, should serve as a reminder to us all not to take internet security for granted, even when dealing with huge corporations such as Facebook.

Fortunately for Facebook, Muthiyah decided not to take advantage of his findings by deleting everyone’s photos. Rather, he reported the bug to Facebook’s security team immediately. He says the team was quick to respond and a fix to the bug was in place in less than two hours. The $190 billion company has apparently put a dollar value on it’s 1.35 million+ user’s photo albums by offering Muthiyah a reward amounting to the princely sum (*cough cough*) of $12,500.

Instagram is testing a new “Albums” feature in Android Beta

« World Press Photo 2015 Winning Photos. Photo Of The Year To Mads Nissen.
BTS Look At How The Mesmerising “Parallax” Superbowl Commercial Was Photographed »