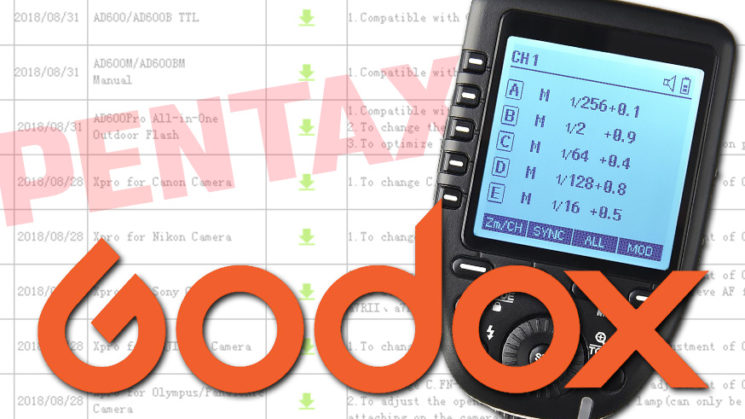 The firmware updates have come to the Godox website over the last week or so. The first round, on August 28th, added 0.1 step increments to all flavours (Nikon, Canon, Sony, Fuji, Olympus and Panasonic) of the Godox XPro trigger. This means that now you can get some fine tune adjustment over your lights. At least, you can with the Godox AD600 Pro.

I just update the firmware in one of my Godox XPro triggers, and it does now indeed offer 1/10th of a stop increments. But, when I tested with the Godox TT600 speedlight, AD200, AD360II and AD600 Pro (I hadn’t updated its firmware yet), even though the XPro was showing 0.1 increments, the flashes themselves would still round off to the nearest 1/3rd of a stop. After updating the AD600 Pro firmware, it does indeed show 0.1 increment adjustments on the LCD. 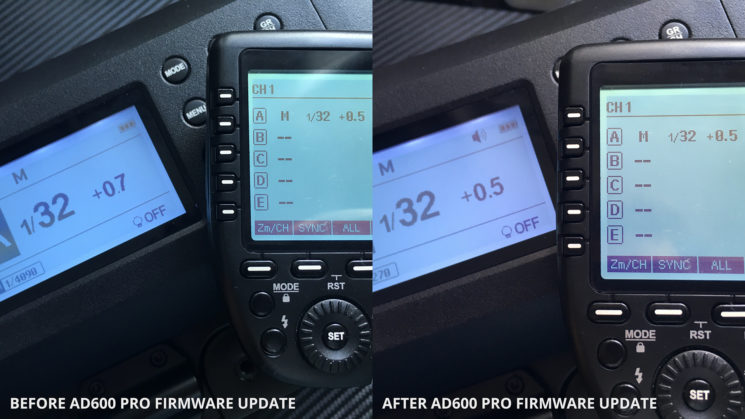 Hopefully, firmware updates will be coming for the entire range of Godox speedlights & strobes in the near future. Assuming it will, Godox hasn’t said when this might happen, but I have reached out to them to find out when we might expect 0.1 step support to come to the rest of their range.

Now, the other thing. Pentax X flash system support has come to the AD600M, AD600 TTL and AD600 Pro strobes. The Pentax trigger is currently listed from various sellers on Amazon, however, Pixapro has told us that the Godox XPro-P isn’t actually shipping yet. So, if you do order on Amazon now, you could potentially still be in for a long wait.

But, when it does appear, you’ll be able to use your AD600M, AD600 TTL and AD600 Pro strobes right away. Again, there doesn’t seem to be any updates for the Godox range of speedlights, nor the AD200 or AD360II. But I would expect those firmware updates to come before the trigger is actually available.

And the following gear gets 0.1 step flash increments…

You can download the firmware from any of the three brands, it’s all the same gear. But if you’d prefer to use one over the other (the Godox website does have a habit of going up and down quite often), see the links below.

As soon as we find out what’s going on with the Godox XPro-P trigger, we’ll let you know!

Update: 6th September – Godox has confirmed to DIYP that the AD400 Pro will be shipping with 0.1 stepping built in already. The feature will NOT be added to Godox speedlights or other strobes. It’ll be a 400/600 Pro feature only. They also said that the XPro-P trigger for Pentax should be shipping at the end of September.

« These are the signs that you’re ready to quit your day job and become a freelance photographer
Stuck in editing a landscape photo? Try turning it upside down »