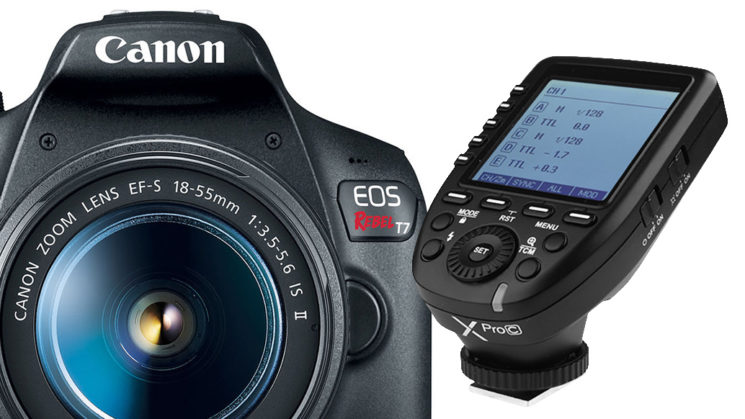 Only a few days ago, some eagle-eyed folks spotted that Canon had removed the universal flash pin on their lower end DSLRs. Now, Godox has responded with new firmware updates to take the missing pin into account. Most of Godox’s most popular items for Canon now have compatibility with the Canon EOS 1500D/2000D/Rebel T7, EOS 3000D/4000D/Rebel T100.

The new firmwares are available to download from the Godox website. The patch notes aren’t very long and most were created purely to fix this issue. One camera not mentioned by name is the Canon EOS 200D Mark II/SL3, although I would imagine these updates would fix the issue with that, too. That’s pure speculation, though, so no guarantees. If somebody out there is able to test it for us, let us know in the comments and we’ll update the post.

This still leaves the Godox TT685-C without a new firmware, but in a statement released by Godox to retailers and sent to us by Erlich LTD, a new TT685-C firmware is on the way too.

Obviously, there’s no word on a Godox V1-C firmware announcement yet, as the V1 isn’t quite available just yet. But, no doubt that will also be coming soon, if it doesn’t ship with compatibility from day one.

Update: The Godox TT685-C firmware has now been released, too.

Godox has also confirmed to DIYP that the Godox V1-C will ship with this feature already available, as will the new Godox X2T flash trigger.