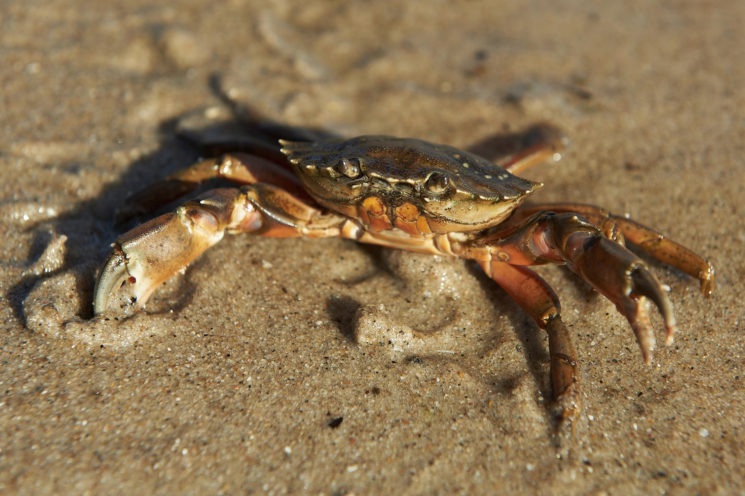 It’s interesting how many times we’ve seen animals steal cameras: lions, penguins, chimps, eagles… A PhD student of Western Sydney University also lost her camera to an animal, and this time, the thief was a giant crab. And it’s a pretty pricey piece of gear: a $4,000 thermal camera.

The student Annabel Dorrestein does her research on Christmas Island, an Australian territory in the Indian Ocean. Funnily enough, this isn’t the first time she lost her camera to a crab. “They have been bothering me ever since I started my PhD,” she told ABC News Australia. “Dragging away cameras … I just see them and I run after them and they let go and I retrieve my equipment.” But this time, she just found a tripod without the camera on the place where she set up her gear.

“This particular night we were recording a mango tree, so we set it up and we hooked it up to an external battery so it could run the whole night and we left it running,” she explained. But an unpleasant surprise was waiting for her the following morning.

So, the robber was obvious. What’s even funnier, the nickname of this crab is “robber crab,” so it’s quite appropriate. Annabel added that a large robber crab “ripped the thermal camera off the spotting scope and mangled the cables so it came loose and just dragged it into the forest.” Of course, she tried to find her camera and spent hours looking for it, but without any luck.

Robber crabs are also known as coconut crabs, but I’d say the first name is more suitable, not just because of this particular case. According to Christmas Island National Park’s chief ranger Rob Muller, robber crabs are very curious and have “an exceptionally good sense of smell.” These two combined makes them discover all sorts of objects that arouse their curiosity. And when they do, they won’t hesitate to drag it away to examine it more closely. These crabs are quite big (up to 1m/3.2ft wide, weighing 4kg/8lbs), so it’s no wonder one of them could grab a thermal camera and drag it into the forest to play with it.

I wonder if the crab will take any cool shots with the camera. And if it does, I wonder who the copyright will belong to, the crab or Annabel. :)