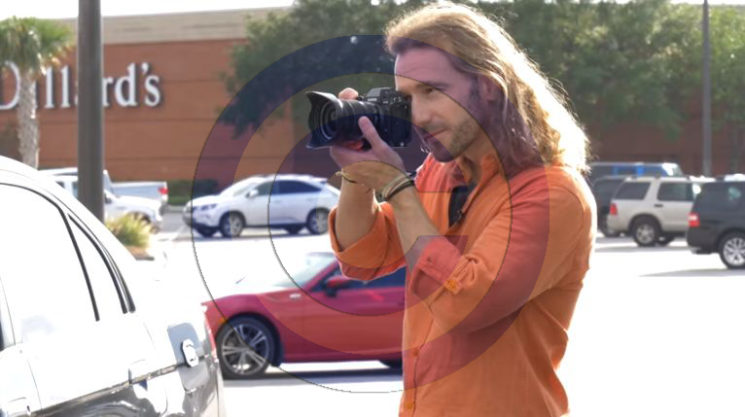 You probably remember the recent copyright violation scandal involving Canon and landscape photographer Elia Locardi. He and the guys from FStoppers decided to tackle piracy in a fun and humorous way and trolled all those who tried to steal one of their tutorials. They created a fake Photographing the World 3 video and posted it on a torrent site. It started as a joke, but it revealed just how much photographers can be hypocritical about copyright.

The guys explain how frustrating it is to invest a year of their lives and lots of money, just so they could see the tutorial on a torrent site a few days after it’s released. So, this time they didn’t go to Iceland, Italy, China or Cambodia. Instead, Elia and the crew went to a local Olive Garden in North Charleston and filmed the mock tutorial there. It includes everything like the regular tutorials, along with the editing part. I’m not sure how they managed to stay serious because it’s absolutely hilarious!

After filming and editing the tutorial, they created their own fake torrent. After adding some comments and reviews, it became the number one torrent for Photographing the World 3. Therefore, the majority of people who tried to steal it took it from this link. And they all ended up with Elia talking photos of the local Olive Garden. The reactions were… unbelievable.

The team says they received a lot of emails after people downloaded and watched the fake tutorial. Some of them were confused, and the others even complained about the tutorial (which they downloaded illegally). It’s incredible that someone would steal the tutorial and then complain how they aren’t satisfied with it.

Lee Moris explains that he knows a lot of photographers who download music, movies, and software from torrents, yet they get crazy when someone uses their photos without permission. I believe we all know at least one person like this. And I also believe it’s unfair to steal other people’s work, yet expect them to respect your work, buy it from you and use it only with permission.

The guys explain that they were trying to tackle the idea of piracy in a humorous way, while still making a point. I believe they succeeded, although the reactions from people really surprised me. Lee believes that the fake torrent won’t change everyone’s mind, but it might make people think. I tend to agree. There’s still a lot to do before people become aware how much piracy is harmful to the artists. And if nothing else, this video might make you think about this: if you don’t like it when other people steal your work, why do you do it?

If you’d like to see the Olive Garden tutorial, watch it in the video below. And if you’re interested in the real tutorials, check out FStoppers’ store.

This documentary exposes all the ways people cheat on Instagram