Imelda Bell is a multi award-winning photographer. She is also a rather remarkable woman. The first claim is factual; that she is remarkable is something this lady would certainly dispute. So here’s an idea. I will tell you some of what I know about her and leave you to decide.

Like most of us, Imelda has not always been a professional photographer. Her background is in engineering and studio management in the world of broadcast TV so they’re kind of related. Both visual media, shall we say. It was the arrival of her two adopted daughters which lured Imelda away from the small screen towards the even smaller one, on the back of a camera. Initially, she bought a DSLR to document her children growing up. Little did she know where it would lead – and is still leading. 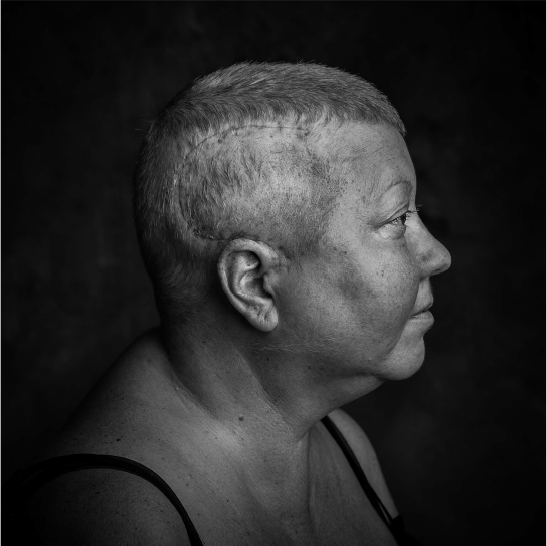 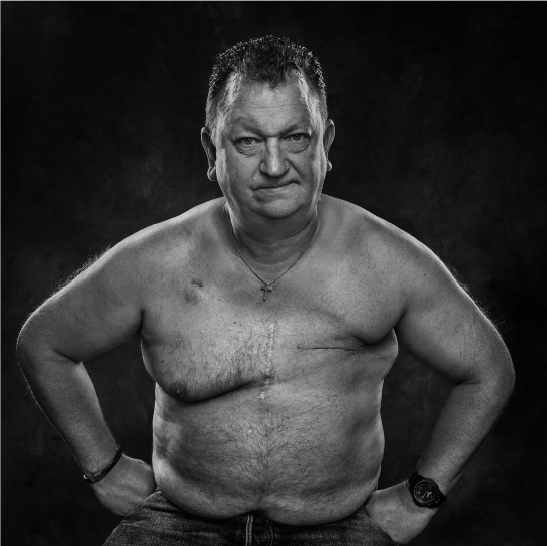 I first met Imelda when I was giving a talk at Photovision, Brands Hatch in 2014. I asked for a volunteer sitter from the audience and up she came. It planted the seed which would grow into the friendship we now share. At this point, Imelda was hungry for knowledge and understanding, attending a variety of workshops and training courses to improve her skills as a photographer and digital artist. She duly progressed and was, by now, taking commissions for children’s and newborn portraiture. 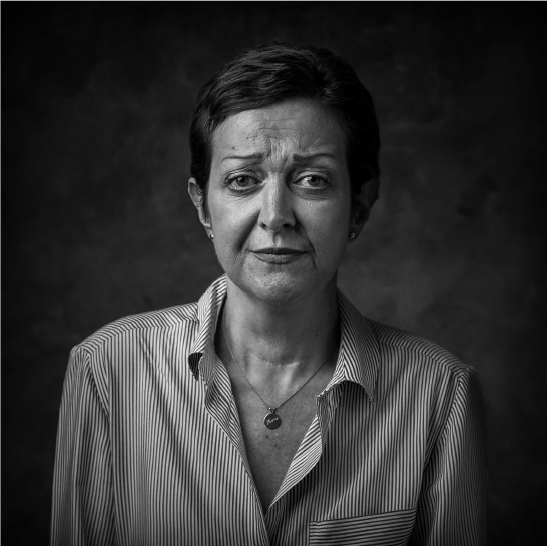 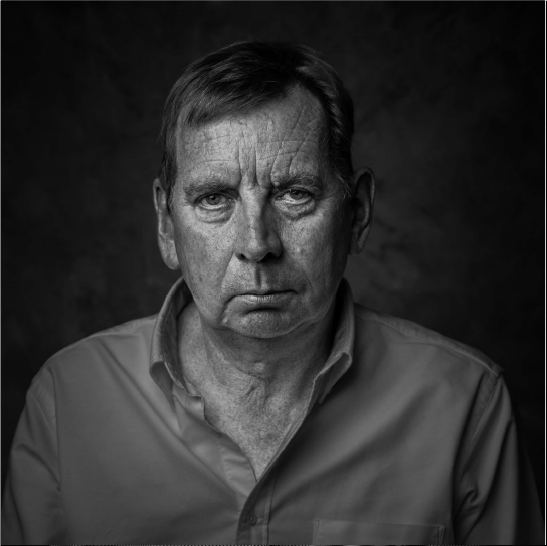 Lost, found and back on the map

But there comes a point in time for most of us when we look up and wonder just where we are. We feel we have lost direction and seriously begin to doubt our ability. This happened to Imelda. Despite her talent and eagerness to improve, she needed something to get her back on the road. I was flattered that she chose my Complete Photographer course, citing it as ‘a huge turning point’. I was full of admiration for how she re-launched herself into her photography with such passion and zeal. Her efforts didn’t go unrecognised. She went on to qualify with The Guild of Photographers and became a Licentiate in portraiture with the Master Photographers Association. After that, she achieved Craftsman status with the Guild, submitting two distinguished panels: portraiture and digital art. Imelda turned a stumbling block into a starting block and was back on track. What next? 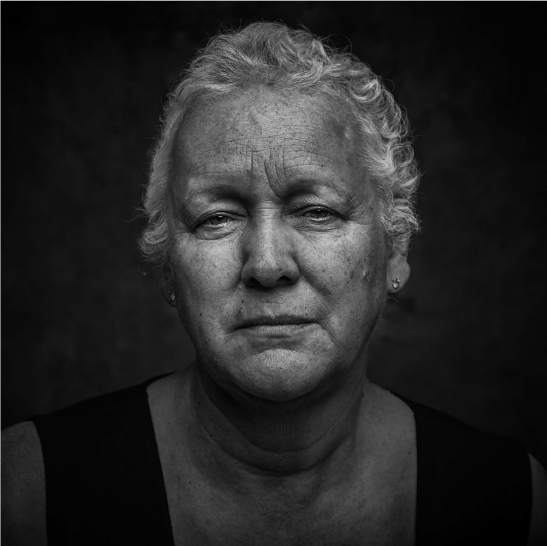 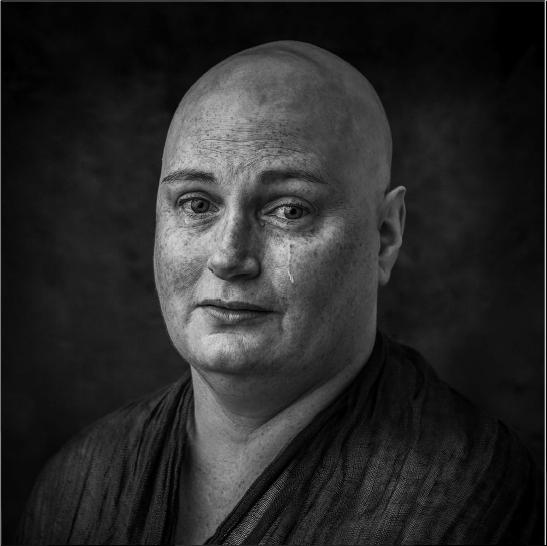 In December 2017, Imelda was diagnosed with stage 3 breast cancer. The shock ripped through the online communities of which Imelda is a member. Everybody’s heart went out to her but the effect on Imelda and her family cannot be quantified. As she says ‘everyone has a different journey and each journey is as different as the person undertaking it.’ Part of Imelda’s journey involved chemotherapy and the lowering of her immune system, an inevitable by-product of the treatment. This meant that she had to temporarily suspend her newborn and children’s portraiture to avoid unnecessary risk of infection. In fact, there were periods when she was too sick, exhausted or sore to pick up a camera but I was struck by her stoicism throughout this period. She continued to post regularly on social media, being honest but staying cheerful about her journey through the treatment. 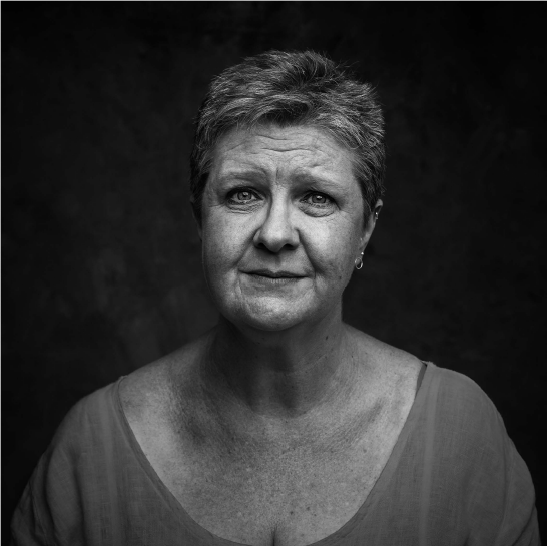 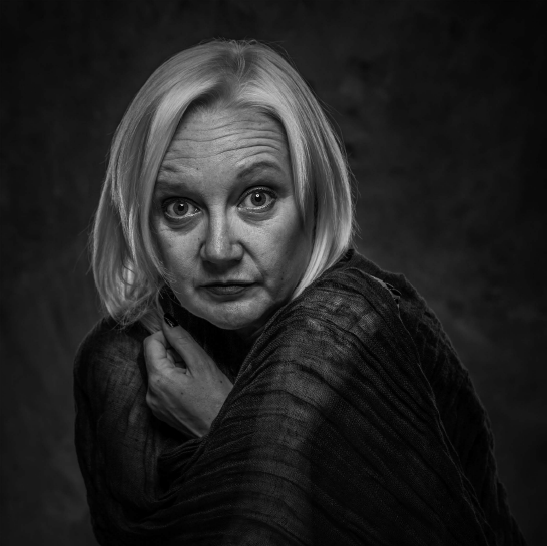 Giving way, not giving in

From the start, Imelda has remained determined to kick the cancer. She explored the emotions and side-effects through her photography, using self-portraits to record her various reactions to the disease. Once again, it was this attitude to adversity, to hit it square on the jaw, which enabled Imelda to do something positive with her photography. Something which would benefit others. 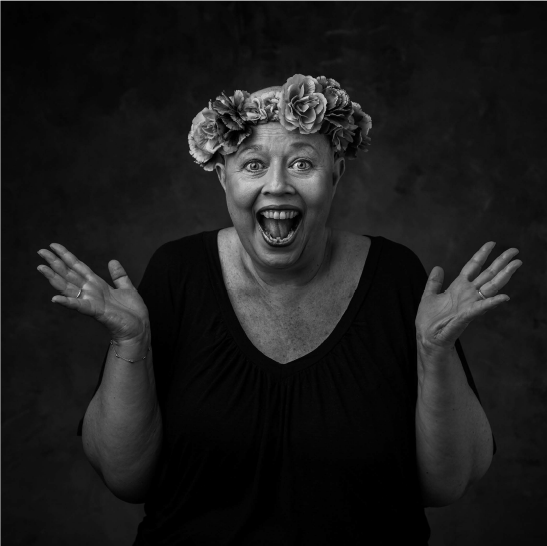 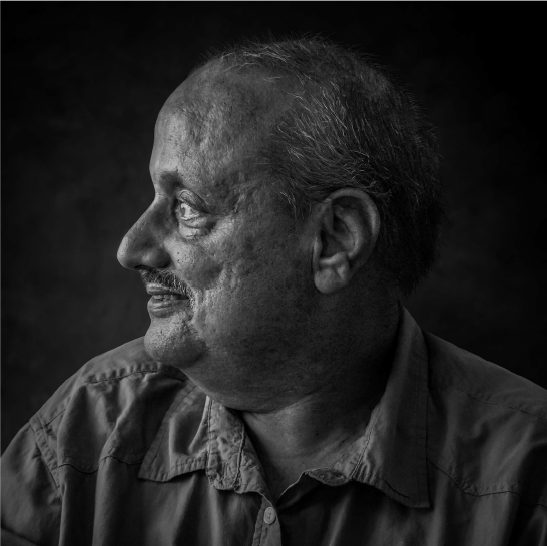 Initially, Imelda shared her self-portraits with her oncologist. He greeted them with great interest and was eager to show his colleagues. Very soon, there were requests from charities to use the images for education, fund-raising and awareness. Imelda wanted to extend the idea of portraying the different personal emotions she herself was feeling to others in similar situations. She wanted to photograph other cancer patients. It sounds like a big ask but Imelda found that people were willing to do it. The result is an astonishing collection of images and Imelda was very proud to be invited to exhibit them with Breast Cancer Kent. 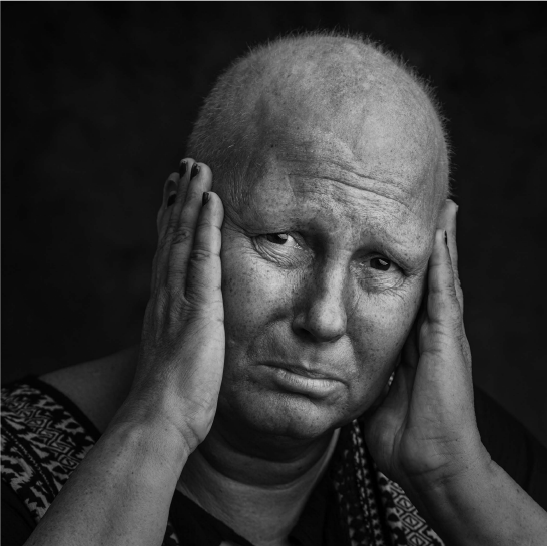 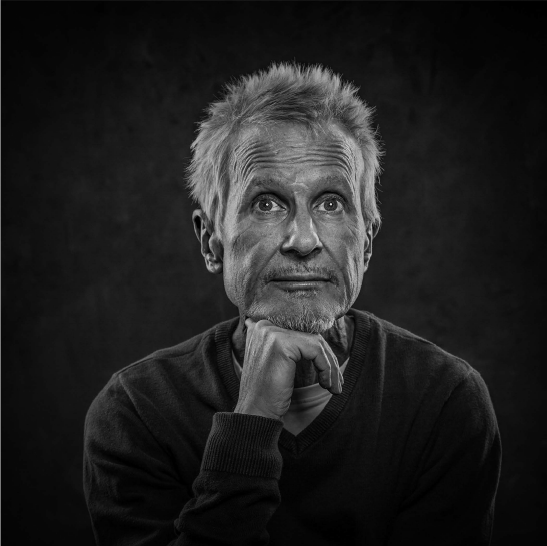 Much thought and attention went into the production and final presentation of the 20 images which form Imelda’s ‘Faces of Cancer’ and which she has since submitted to the MPA as a Fellowship panel. She designed her lighting and camera angle to create a style which she felt suited each individual sitter and the mood of the shot. The uniform order of the square crop was chosen deliberately to contrast with the ‘turbulent chaos of cancer’. The individual framing and cropping is intended to create discomfort in the viewer. Imelda’s aim was to capture ‘a sense of truth and reality’ rather than any stereotypical version of people with cancer. 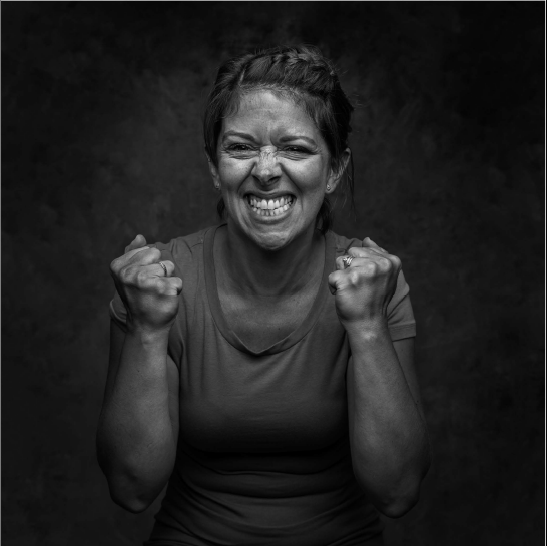 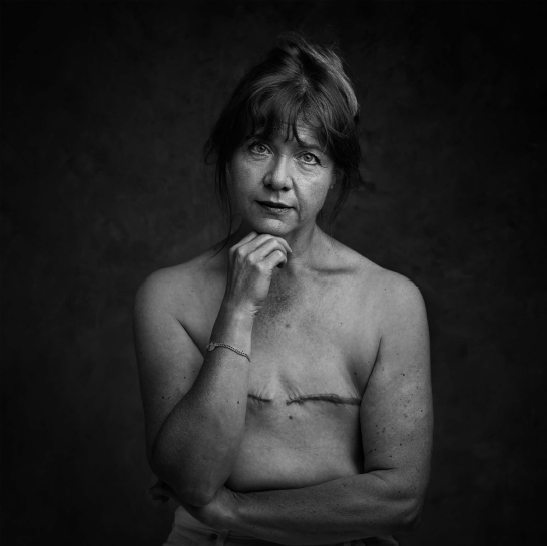 It’s all there in black and white

Why no colour? Imelda deliberately chose black and white to render the images timeless. She also steered clear of the ‘retouched and perfected’ approach. Her photographs maintain the individuality of each person at the moment they are experiencing the emotion, maybe transitory, always powerfully frank. There is a rawness and intimacy to the images which in no way lacks empathy; for me, just the opposite. Unsurprisingly, Imelda is now a Fellow with the Master Photographers Association. 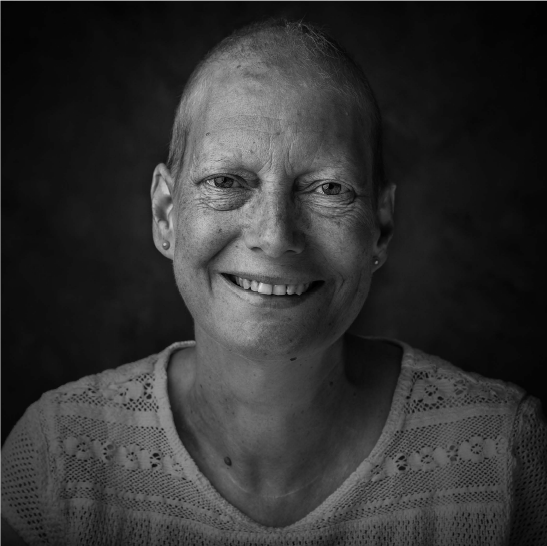 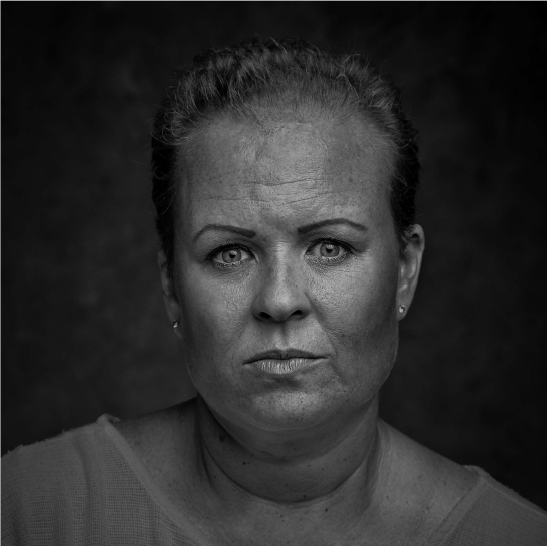 The woman, the photographer

Am I portraying Imelda as some kind of heroine? That’s not my intention. She would describe herself as an ordinary woman, I’m sure, but nobody is truly ordinary. In Imelda’s case, it’s her approach to life and the photography which forms a part of it; that’s what makes me stop and smile. She has the ability to accept what she cannot change and fight for what she can. Along the way, she has already achieved a great deal and has certainly enriched the lives of others with her warmth and her quietly resolute, down-to-earth attitude. I think remarkable describes her very well. 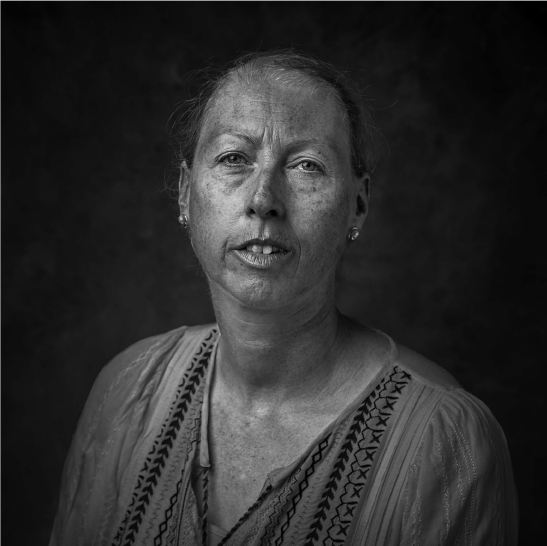 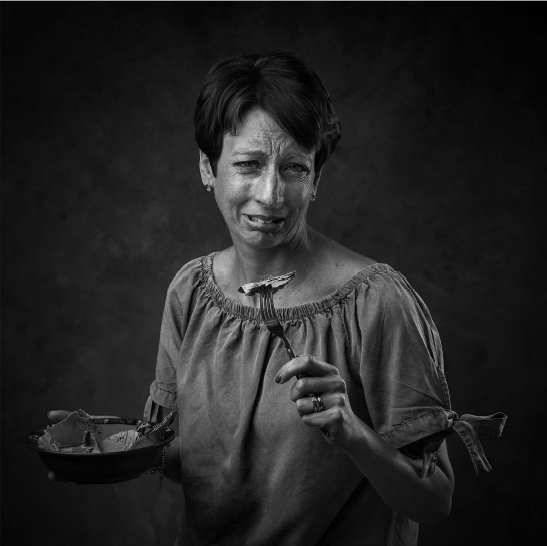 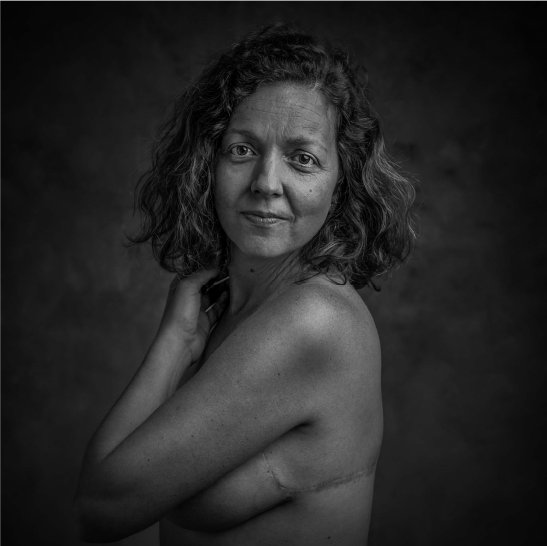 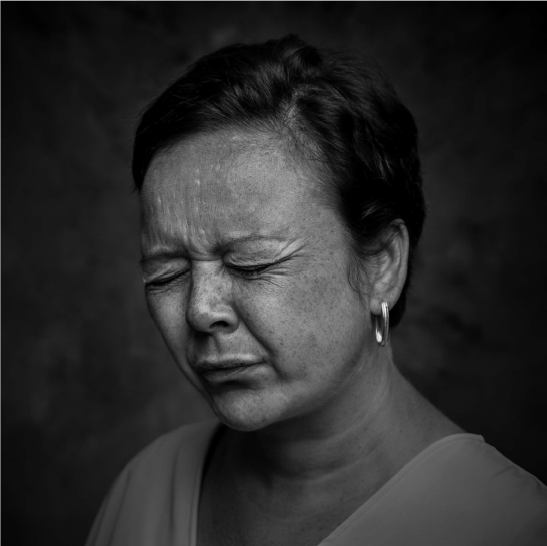 « If you backed Meyer Optik on Kickstarter you’re not getting your lens. Or your money back
These are the winning photos from the 2018 Nikon Small World competition, prepare to be amazed »