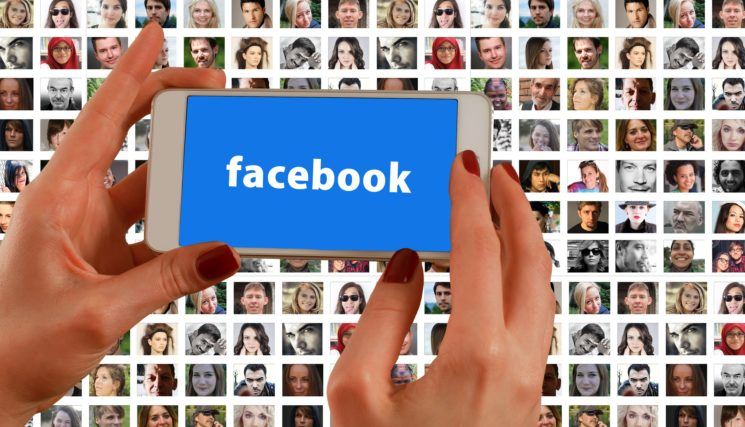 A patent recently approved by the US Patent and Trademark Office details how Facebook wants to read your emotions. And it wants to do it using your on-screen keyboard. It’ll look at what and how you type to try to determine how you feel about a piece of content. The goal is to be able to bring you more suitable content that you might like to see.

Still pending, though, is another patent application, also dealing with “reading emotions”. Although, this one, is far more creepy. It actually wants to use your camera to watch you while you use Facebook to see how you respond to content. Again, Facebook’s claimed goal is to provide you with better suited content. But it does feel like they’re trying to turn your phone into your own personal stalker. 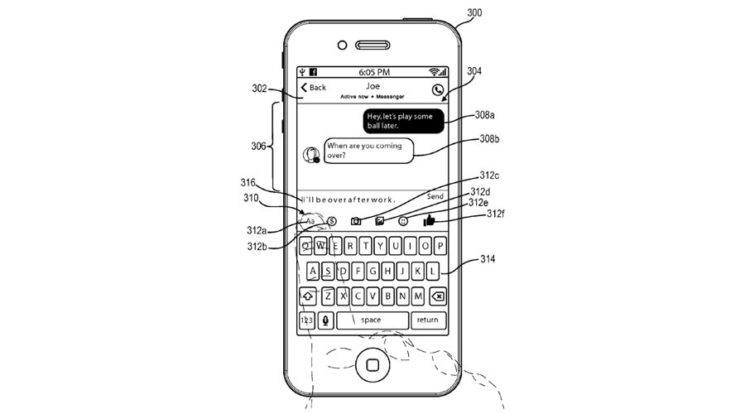 It will use a number of factors to do this. Whether your typing speed is above or below normal, how hard you press the keys, looking for key words, as well as formatting and even the font you’re using. It will also look at your location to try to determine how you’re feeling.

I’m not entirely sure of the benefits this will offer, or even how effective it will be, but it’s an interesting idea.

What’s more troubling, though, is the still pending patent, “Techniques for emotion detection and content delivery”. This one wants to use your phone’s camera to visibly judge your emotion as you use Facebook. 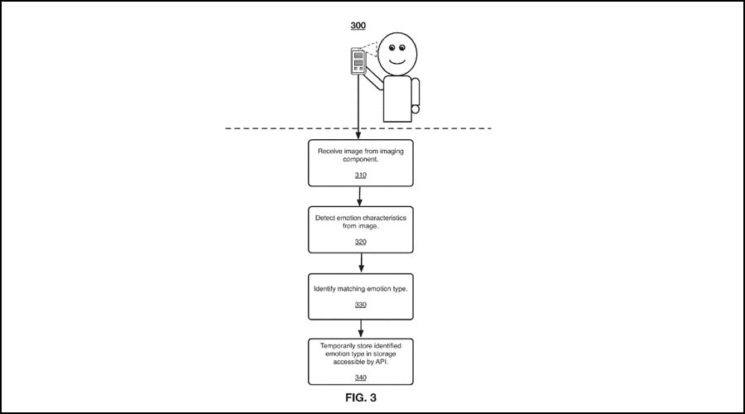 The patent description starts off harmless enough, making a fair bit of sense. I mean, we’ve all sat through pages and pages of posts we’re not interested in at some point, right?

Users of computing devices spend increasing amounts of time browsing streams of posts on social networks, news articles, video, audio, or other digital content. The amount of information available to users is also increasing. Thus, a need exists for delivering content a user that may be of current interest to them.

The patent then brings up the emotions thing again. Then how they expect to judge that emotion.

For example, a user’s interests may be determined based upon their current emotional state. Computing devices such as laptops, mobile phones, and tablets increasingly include at least one, and often more than one, imaging component, such as a digital camera. Some devices may include a front-facing camera that is positioned on the same side of the device as a display.

They say that the detected emotion types may be stored temporarily for a defined period of time. But they also want to be able to store the data permanently. A continual running history of your emotional state.

The patent does suggest that users could opt-in or out of such a feature. It doesn’t seem to suggest whether it would be on or off by default, though, were this to ever be implemented. And it seems they’re leaving it up to the operating system developers to give you this choice.

An operating system may provide privacy settings for a user, which enables a user to opt-in or opt-out of emotion detection.

Semi related to this is another pending patent filed just last month. This one will attempt to “read” your emotions based on what the camera sees in order to determine how you wish to “react” to a post. 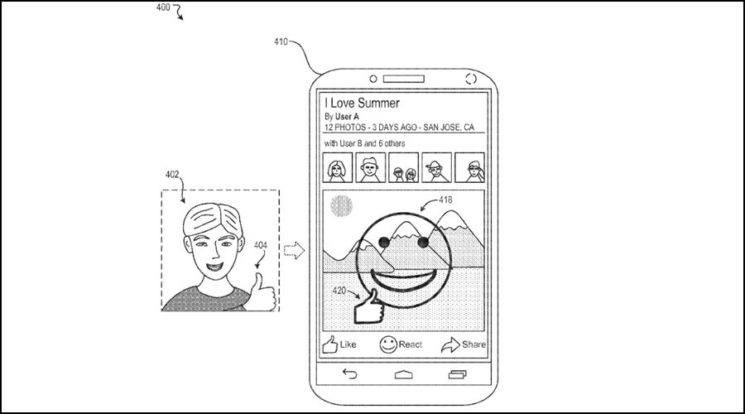 No longer will you have to hold your finger down for a second in order to get those six options. The camera will just figure it out for you based on how your face looks.

The idea behind the technology is actually kind of cool, although I know a few people it will definitely struggle with. How Facebook suggest it will be implemented, though, while seemingly innocent on the surface, is extremely creepy.

Given how many people apparently drop their phones down the toilet, I’d hate to think of some of the sights that camera could see while users browse Facebook.

Nikon files a patent for finger sensor that reads your emotions

« Five essential filters for travel photography
Your tripod is not sturdy enough? How about this DIY Quadpod »