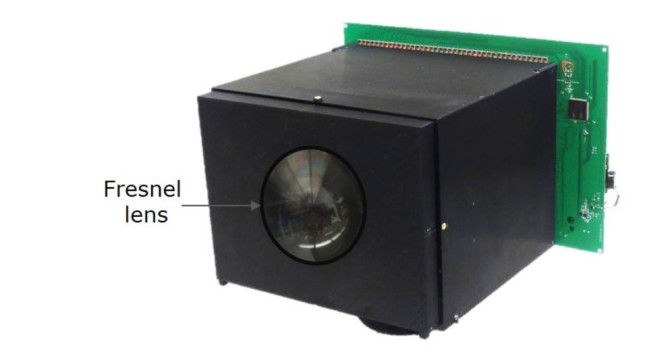 A fully functioning prototype that produces it’s own electricity.

Let’s face it, batteries in general are a real drag. They’re easy to forget, add weight to an already heavy gear bag, and they have the habit of running out of juice just when we need them the most. Luckily, a team of engineers from Columbia University have discovered a way to eliminate the need for them to power a digital camera. In a report released by the team, which is led by Shree K. Nayar, the engineers have found a way to harvest energy via an image sensor and excess light.

The camera works by collecting any light not used by the sensor to record a photo or video and turns it into electricity using the camera’s photodiode in a way similar to how solar panels generate power. “The photodiode, the thing that actually makes the magic of a picture happen, measures the amount of light falling on it, which are read out and that’s how you have an image. But in a different mode, in photovoltaic mode, it’s what’s on a solar panel that generates power. We thought, maybe we could get to a point where it can not just capture images, but can also generate the power needed to read out the images,” Nayar told Vice.

Sample frames from video (below) taken with the self powered camera.

Rather than installing a rechargeable battery in the camera, Nayar and his team installed a capacitor to help prove their camera is 100% self powered. At the moment, the camera has no internal memory. Rather, the images from the camera are transmitted to a computer through a serial cord. According to Nayar, a serial cord is not capable of capable of carrying electricity, so there is no chance of the camera acquiring electricity from an outside source. With this setup, it is possible for the camera to run indefinitely in nicely lit space such as a living room. 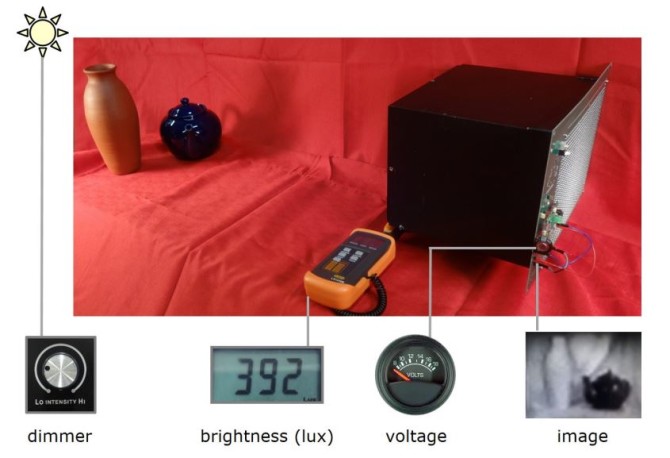 Their current prototype takes images and video clips at only 30×40 pixels at 1fps, not a very usable image quality, but the point of the prototype was to prove it was even possible. Nayar said as the pixel count and sensor grows, the opportunity to harvest electricity will grow with it. Though the team recognizes the technology is “far from optimized”, Nayar explained:

“The cost is the only reason it’s low-resolution. There’s no reason you can’t do this with better quality. The end goal is to build a very compact device that produces 640×480 images at 30 frames-per-second that’s fully self-powered.”

With funding for the project coming from the Office of Naval Research, it appears as though the project already has garnered attention and interest in the new technology. Nayar said, “You’ll be able to deploy these things in the field as parts of sensor or surveillance networks. Vision is a big part of the internet of things, but you can’t have large numbers of cameras tethered and powered—it’s not practical.”

You can read the entire research paper, view more sample images, and inspect the science behind the project, here.

The World’s first digital camera, introduced by the man who invented it

« Tips on getting Gradient Reflection on Reflective Surfaces Part 2
More Than 50 Rare Photographs Of Marilyn Monroe Unveiled; To Be Publicly Displayed In July »