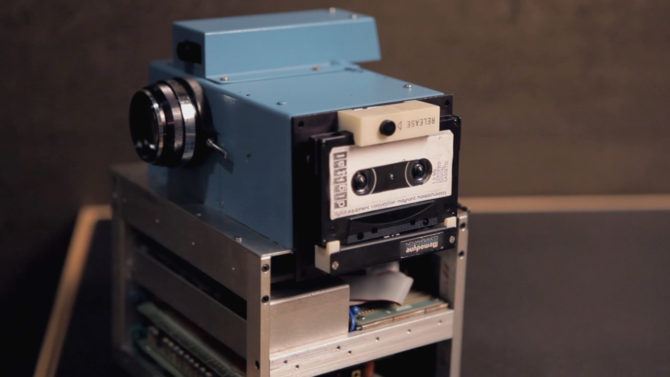 Steven Sasson invented the world’s first digital camera while working at Eastman Kodak in 1975. It weighed around 8 pounds (3.6kg) and shot a mere 0.01MP. It’s crazy to think how far we’ve come since those early days.  We’ve gone from 30 images on a delicate cassette to thousands on something as small as a fingernail.

In this video, Steven shows us around the camera, talks us through its operation, and laments on the difficulties faced during its development. Hearing how far they expected digital to go compared to how far it actually has come is fascinating.

David Freidman, who produced the video, says that the first digital photograph ever made was of a lab technician named Joy, in December 1975. Unfortunately, Steven didn’t save the image.

While Kodak might not have seen the potential in a digital future, Steven did. Of course, there were no cellphones, no internet, most TVs were still black and white and computers were the size of houses. Humanity was simply not yet ready.

Kodak also held about 90% of the film market at the time. Seeing digital as a competitor to their own film products, rather than the future of photography, Kodak chose not to pursue it. 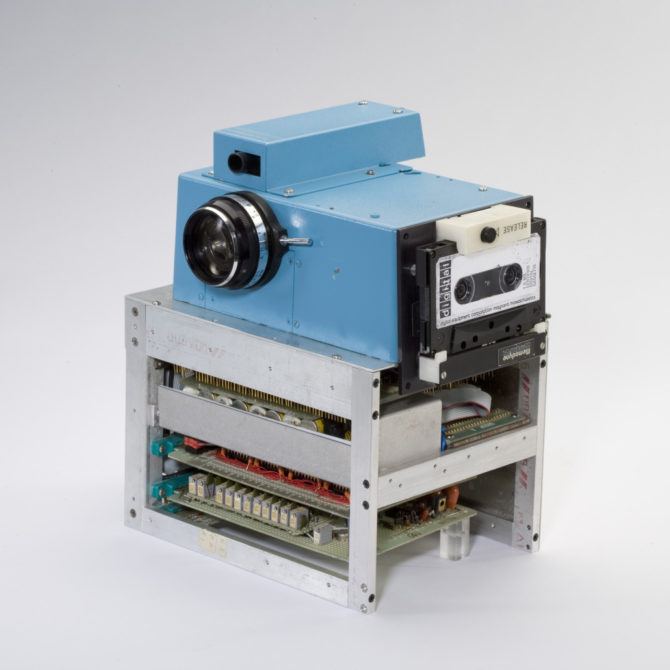 Steven, on the other hand, did envision digital’s evolution. He does say, though, that he only ever expected people would need around 2MP. A ridiculously large number back then, but laughably small by today’s standards.

The Kodak digital camera prototype was made from parts of Kodak’s Super 8 movie cameras. It also included about half a dozen custom circuit boards, and used a CCD sensor which shot black & white. Images went from the sensor to the camera’s temporary memory in about 50ms. From there, it took a further 23 seconds to record one image to a digital cassette tape. 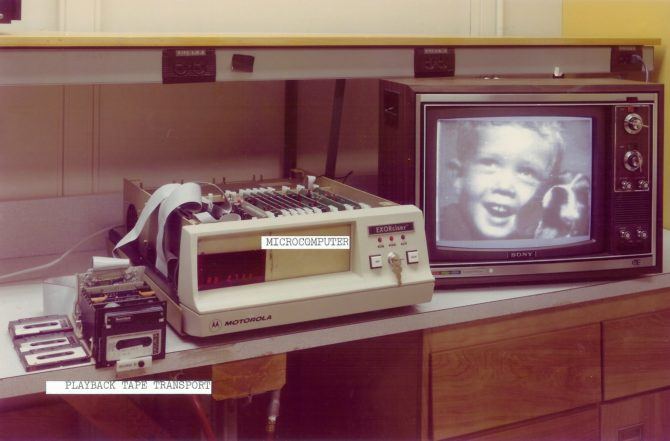 The tapes held 30 images. This number was intentionally chosen by Steven so as to be between 24 and 36 exposure films. Tapes could have stored hundreds or even thousands of images, but people simply weren’t used to that many. It seems strange, now, when a wedding photographer can easily come home with a couple of thousand shots.

The thing was a monster, with a weight of around 8lbs (3.6kg). It was portable, though, powered by 16 Ni-Cad batteries. I can’t imagine it was easy to reliably shoot handheld, though. 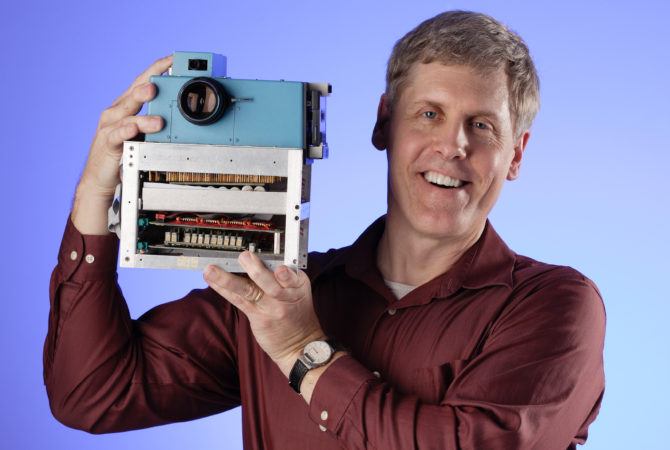 When we look at the cameras of today, it’s incredible how far we’ve come in around 40 years. 50MP 35mm format DSLRs, 100MP medium format, and 4K video seem like fantasy.

One can only imagine where we’ll be 40 years from now.

I remember the first digital camera I used. It was a Sony Mavica FD83. With its 1024×768 resolution and built in 3.5″ floppy drive, it felt like the pinnacle of technology at the time. I might have to pick one up just see what I could do with it today.

What was your first digital camera? Let us know in the comments.

Who really invented the selfie?